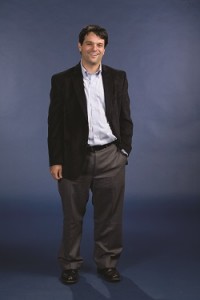 It is a film series worthy of any Art House schedule in any major city in America. And it’s right here on the WPI campus. It is the brainchild of assistant professor of literature, film and media Jim Cocola, with assistance from a crew of professors from the Department of Humanities and Arts.

“We were looking to include a diverse set of titles from different aesthetic traditions, national and regional cultures, and time periods,” says Cocola, responding to inquiries about the films chosen for the series. “We’ve leaned heavily on Gordon Library’s extensive collection of films from the Criterion Collection, but not exclusively so.”

The film crew also strove to include films that faculty presenters would be excited to introduce before showing and enthusiastic to discuss after screening. “In my case, there’s a tie-in with Sam Fuller’s Shock Corridor connected to my C-Term course, Worcester Between the Covers: Local Writers and Their Works.”

This is also the case for a handful of other faculty members. Last week HUA associate professor John Sanbonmatsu presented Krzysztof Kieślowski’s Decalogue, which attracted more than 50 people, including some faculty. “It is a brilliant film that explores, in the strongest possible terms,” he says, “the tension between a purely scientific and rationalist mode of life, with a properly spiritual one. I know of few films that pack such an emotional and intellectual wallop, and we had a very lively and interesting discussion of the film afterwards.”’

The next film in the series is Stanley Kubrick’s classic from 1968, 2001: A Space Odyssey. Cocola says, “It should be a big draw. We’ll be screening this in Upper Perreault on Monday, Nov. 17, at 7 p.m. with an introduction and discussion to follow moderated by Brian Moriarty, professor of practice in IMGD.

In describing the film, Moriarty says, “I chose 2001 because it is one of the landmarks of 20th century Western art. Its influence on generations of filmmakers, from George Lucas and Steven Spielberg to Ridley Scott, Christopher Nolan, and Terrence Malick, has been profound. It rewards a lifetime of study. I have seen it dozens of times since it opened in 1968, and have yet to exhaust its treasures.”

​Moriarty says it is also a film that simply “must” be experienced in a cinema environment. It was designed for projection in Cinerama on a giant concave screen. “Its visceral impact is utterly lost on a TV, tablet or – shudder – telephone. 2001 will be presented in 2K digital and 5.1 stereo surround, using the Christie cinema projector in Upper Perreault. We will show the original roadshow version, complete with overture, intermission, and entr’acte music.”

Moriarty will give a very brief introduction, to establish the context in which it was originally shown. Total running time is two hours and 40 minutes-plus. The date and time: Monday, Nov. 17, 7 p.m.

Other important films in the series include Happiness (1965), presented by Tina-Marie Ranalli; Taste of Cherry (1997) presented by Bland Addison; Joe (2013), presented by Jennifer McWeeny; and Wim Wenders’ Wings of Desire (1987), presented by Daniel DiMassa, who says, “I think is especially well suited to a film series because, in addition to raising basic questions like what it means to be human and what it means to love, it revels in the unique manner in which film as a medium can posit answers to such questions. I think viewers who haven’t seen it will be astonished by what a gorgeous, lush spectacle it is. My hope is that our conversation centers on how its images make meaning.”

In addition to showing personal favorites, Sanbonmatsu and Cocola say they chose films significant in the history of cinema and of “likely interest to the WPI community,” with a mission toward “helping to foster a genuine film culture on the WPI campus. “In all of these cases, though,” Cocola adds, “we wanted to select films that would be of interest not only to the students in these particular courses, but also to a broader viewing public drawn from on and off campus.”