Nine speakers from the WPI community to share innovative ideas

Throughout this week, leaders, experts, and innovators have gathered in Vancouver for the official TEDx 2015 conference, a lineup of short, powerful speeches that share impactful ideas. This Sunday, from 12:30 to 4 p.m., WPI will put its own unique spin on the event. 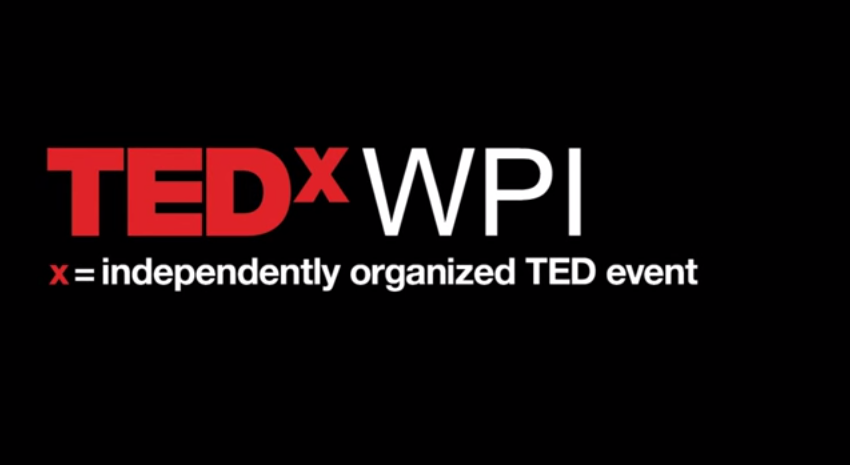 Started in 1984, TED—short for Technology, Education, and Design—conferences have become a popular and influential platform where speakers give 18-minute talks on “ideas worth spreading.” Tickets to this year’s flagship event, running March 16–20, started at $8,500 and sold out months ago.

Fortunately, in the spirit of sharing ideas, TED created the TEDx program to enable independent organizations to host their own TED talks. Under the leadership of the WPI Residence Hall Council (RHC), WPI held a TEDx event for the first time in April 2014. This year, the RHC partnered with WPI’s Foisie School of Business to upgrade and expand the conference.

Thomas Buonomano ’16, vice president of programming for the RHC, says that the theme of this year’s event, Leadership, Innovation, Technology & Professionalism, was a natural fit for the School of Business, and that faculty members were eager to participate.

“The School of Business helped us reach out to the entire WPI community, including more academic departments, as well as students and alumni, who were not represented at last year’s talk,” says Buonomano.

The nine speakers at this year’s event include several accomplished WPI professors and instructors, as well as an undergrad who traveled on a 30-day expedition in the Himalayas, a grad student who serves as president of the Worcester Student Council, and an alumnus who co-founded Gompei’s Goat Cheese. Dorie Clark, a national branding expert, consultant, and author based in New York, will also give a talk.

Organizers remain tight-lipped about the exact topics speakers will address, but attendees can expect a wide range of ideas, and some new perspectives from familiar faces. Buonomano notes that one aspect student attendees particularly enjoyed last year was the opportunity to see more personal sides of their professors.

“Students are used to watching their professors deliver academic lectures, but TED talks are very different,” he says. “Speakers are more casual and often share personal stories—last year, one professor gave his entire speech on a sailing trip he took on sabbatical.”

In order to ensure that speeches remain light and on point, organizers have mandated that talks be 12 minutes or less—six minutes under the national TED talk limit.

“One theory behind TED talks is that 18 minutes is short enough to hold people’s attention but long enough to make a serious point,” says Buonomano. “We think speakers at WPI can accomplish this in an even shorter amount of time.”

Speakers may use visuals that will be displayed on presentation screens behind them. WPI’s student musical theatre company VOX is designing a backdrop for the event that will creatively incorporate notable objects from departments across campus, and members of the CollabLab are crafting a special 3-D “TEDxWPI” sign.

An afternoon of fresh ideas, food, and fun

TEDxWPI is free and open to all members of the WPI community. The event is divided into three one-hour sessions of three simultaneous speakers each, so attendees may select one talk per session. Seating is limited and is available on a first-come, first-served basis. Each session will conclude with an official TED talk video.

Speakers and audience members are also invited to a free lunch before the event and may partake in refreshments and talk with speakers after the final session.

Those who can’t make it to the venue on Sunday may watch the event live at wpi.edu/+tedxwpi. Videos of each talk will also be available later on the TEDx YouTube channel.