WPI Student-Athletes of the Week 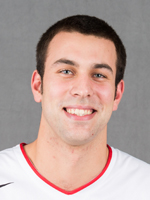 • North Andover native Zach Karalis ’16 of the men’s basketball team has been tabbed the WPI Male Student-Athlete of the Week for the week ending Sunday, Jan. 4. Karalis was selected a Most Valuable Player as the Engineers won a pair of contests at the Salem State Classic. The junior canned a 3-pointer with 5.8 seconds remaining to provide WPI with a dramatic 73-71 triumph over 2014 NCAA Tournament finalist Williams in the tournament’s opening game. Karalis finished with a team-best 21 points, including 5-9 shooting on 3-pointers versus the Ephs and pitched in with four points and four rebounds in limited action in the Crimson and Gray’s second game win over FDU-Florham. 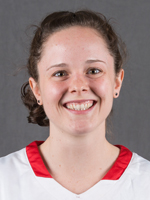 Rachel Pineda ’15 of the women’s basketball team has been named the WPI Female Student-Athlete of the Week for the week ending Sunday, Jan. 4. Pineda was a model of consistency as the Engineers went a perfect 3-0 over the break, including taking home the Westfield State Holiday Tournament. The senior point guard from Shrewsbury netted nine points each in victories over Southern Maine and host Westfield State in the tourney, and then registered 10 as the Crimson and Gray opened 2015 with a home triumph over Simmons. Pineda stuffed the stat sheets by pitching in with team highs of seven assists and six steals in the three games, along with seven rebounds.