WPI’s VOX Musical Theatre’s annual D-Term cabaret is one of three productions offered each academic calendar. This year-ending performance should prove to be aptly named, Cabaret: Blockbusters. The descriptor of the show reads, “Join our three emcees as they embark on a movie marathon and experience scenes from shows such as Hairspray, Newsies, Godspell, and South Pacific—and many more.”

Emcees are Ari Nitzel, Dylan Shields, and Ivan Melnikov. Michael Gagliano ’16 is the president of VOX and assistant director of the show. He says the cabaret is based on “musicals adapted into movies” and “movies adapted into musicals.”

“Cabaret: Blockbusters is the sixth iteration of VOX’s spring production and features song selections from many musicals across Broadway history that have been adapted into a cinematic medium.” says Gagliano.

Director is Nicolas Hewgley ’15 with musical direction from Andrew Strout ’15; Kristen Brann ’15 is producer. Gagliano noted that theme and the director were “picked by the students of the VOX general body and our executive board.” Other staff members are assistant director Emma Raymond ’16, production manager Nick Shannon ’17, stage manager Elizabeth Brown ’15, and choreographer Linette Davis ’16. 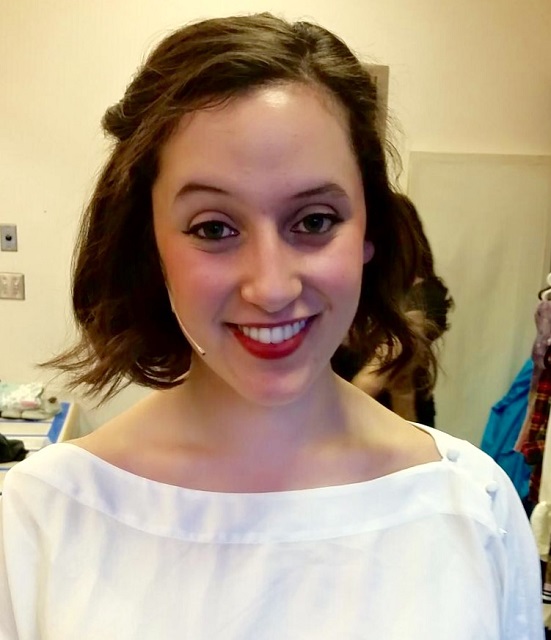 “This is the most dance-heavy cabaret we’ve ever done, so it was necessary to have two choreographers,” says Davis. “I am one and the other is Emma Raymond.”

D-Term is a time of anticipation, excitement, and, as Davis admits, stress. “It’s been somewhat stressful, “because people are finishing up their commitments for other organizations, and trying to stay on top of their academic work.”

It is an especially stressful time for seniors. “They have been working on their MQP presentations and reports whenever they’re not in class or rehearsals,” Davis says. “We are all trying not to think about the fact that for the seniors, it will be their last performance on the Alden stage. For most of them, that stage has become their home and the music department has become their family.”

A few weeks ago, during rehearsals, Davis mentioned how ironic it will be to close the show with ‘Stick to the Status Quo’ from High School Musical, which means their last song in college will be about high school. The entire cast asked Davis not to go there, “because they didn’t want to think about it being their last performance on the [WPI] stage.”