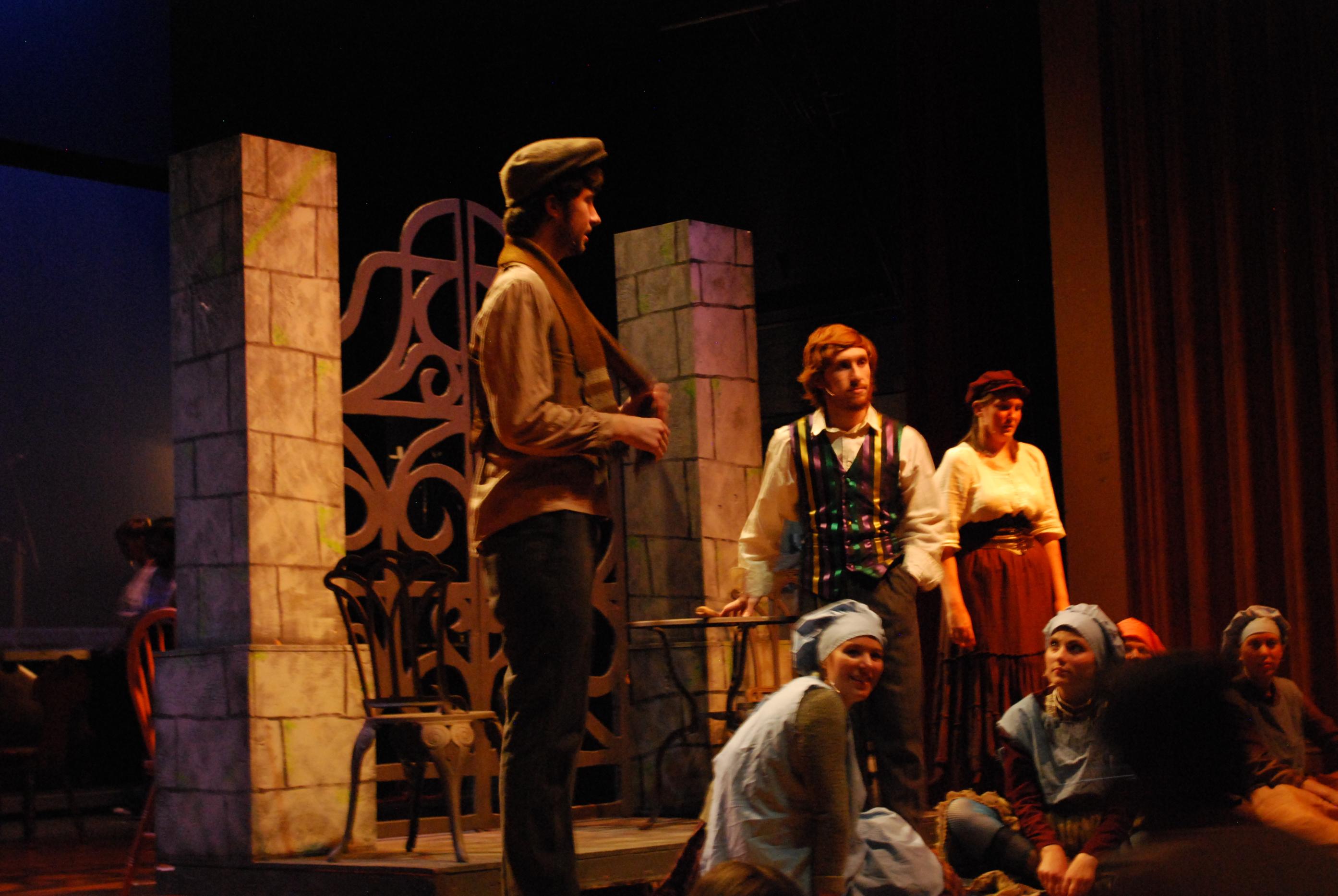 Talk about making a big splash. VOX Musical Theatre continues its 10th anniversary season with the epic musical, Les Misérables. According to producers of the show, WPI students from all over the country will be joining singers from Worcester Children’s Chorus and are ready to take the stage in this “multi-age” production. Kristy Chambrelli is the show’s director; John Delorey is musical director.

Described as one of the most celebrated musicals in theatrical history, Les Miz — as theatre heads like to call it — is the story of revolution, challenging ideals, and revealing the difference between what is right and what is correct. And, as Chambrelli says, change.

“We have tried to create an atmosphere on stage that highlights the characters and human condition.” – director Kristy Chambrelli

“This Les Miz is truly about change,” she says. “Change comes in many forms and everything is constantly evolving in the show. There’s a lot of movement. We have tried to create an atmosphere on stage that highlights the characters and human condition.”

Set against the backdrop of 19th Century France, Les Miz is the dream of a brighter tomorrow. Chambrelli underscores this sentiment by saying, “We’re using a lot of metaphors within in the production. We want the audience to come away from the production realizing no matter how dark it may seem, the flicker of hope never dies.” 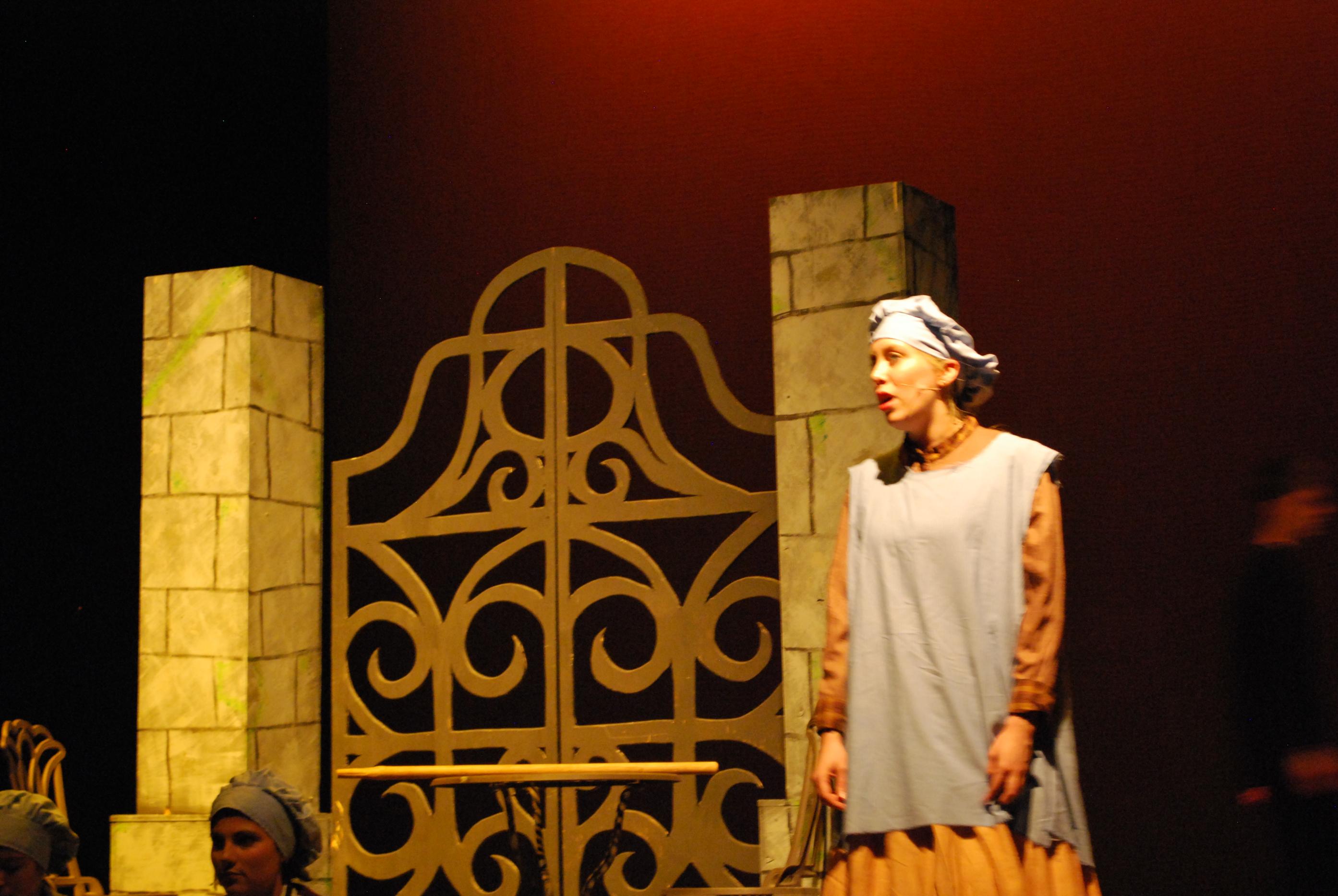 Kimberly Zielinski practices her part during a
rehearsal in Alden Hall.

Staging Les Miz presents challenges for most professional troupes. In a college setting it is even more daunting. “The biggest challenge is for the students to work on a true stock theatre schedule,” says Chambrelli. “They only have 2.5 weeks from first day of rehearsal to opening night. Everyone went away for summer break and returned completely memorized.”

Sarah Roth ’15 plays the role of Éponine, of whom she says, “is a challenging character to play because she is really the only realistic character in the show. The hardest part about portraying her is that everyone who sees the show, even people who aren’t familiar with musical theatre, know this character and have a preconceived notion of how she should be played.”

Nicolas Hewgley ’15 plays Enjorlas, the head revolutionary student, for the June Rebellion. “This role is challenging in that it is a very physical and political role,” he says. “His character arc reaches  an end with his death. His duty is to his homeland, but he still has a conflict through the death of his close friends. Ultimately he gives his life to the cause, and through him France is changed.”

Les Misérables requires children in its staging, especial in the role of Cosette. “The college students are very excited about working with young singers from Worcester Children’s Chorus,” Chambrelli says. “We’ve all been working together in rehearsals and things are coming together nicely.” 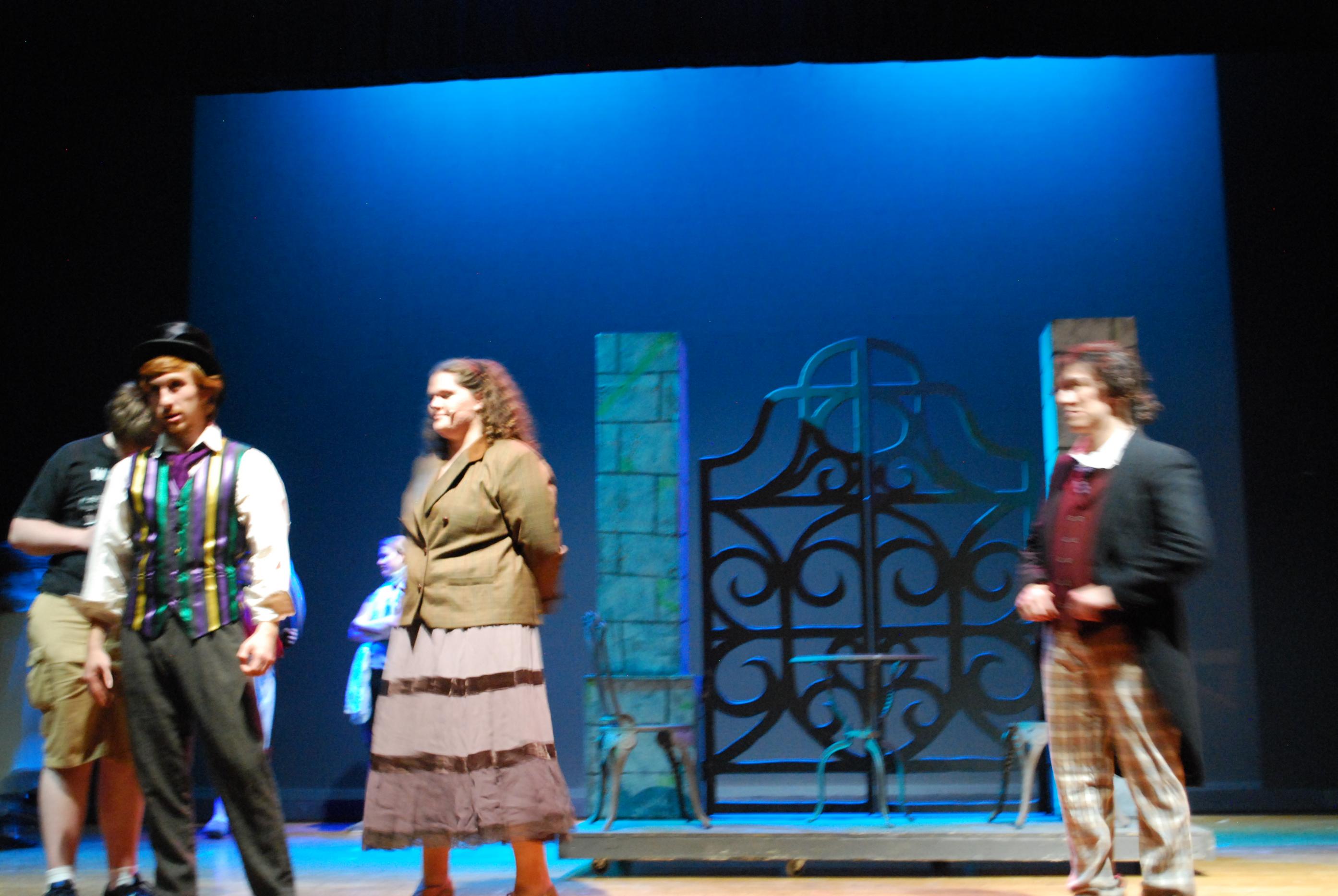 A collection of songs from the show have become classics, including “I Dreamed a Dream,” “Bring Him Home,” “One Day More,” and “On My Own.” Musical director John Delorey points out that in addition to working with singers and live musicians, there is the use of the Virtual Orchestra (Sinfonia), invented by WPI professor Fred Bianchi.

“The biggest challenges of working with the V.O. is the perceived prejudices against it,” Delorey says. “It’s not a standalone product. It is designed to be used with a small pit orchestra.”

Les Miz was written by Alain Boublil and Claude-Michel Schönberg. When asked why the show is such a timeless piece, Delorey answers without hesitation: “The story. The story is as much a part of the cultural tradition in France as The Wizard of Oz is here in the U.S. Many people can relate to one of the many struggles in the story. There’s something for everyone to cry and rejoice about.”