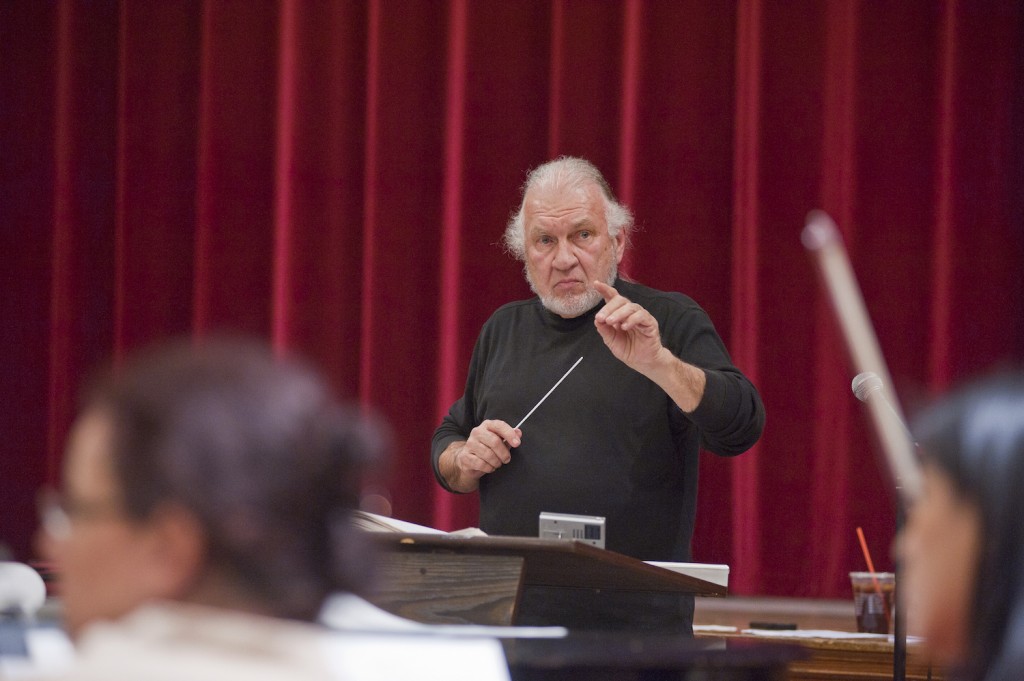 In a nod to the holiday season’s emotional mix of joy and melancholy, on Thursday, Dec. 5, at 7:30 pm in Alden Hall, WPI’s Orchestra and Festival Chorus concert will translate those feelings into music through the combined efforts of the 70-student orchestra, alumni and student soloists, and a guest guitar soloist.

“The first part of the concert is a variety of things, and the last half is traditional,” says Doug Weeks, coordinator of music and associate head of the Department of Humanities and Arts. “We want to provide a concert that is interesting to the audience, appeals to different tastes, and has some educational value for the students.”

The evening will feature a performance by sisters Irma Servatius ’04 and Labeeby Servatius of the first movement of Mozart’s Sinfonia Concertante for violin and viola with the orchestra. The sisters are familiar faces at WPI as both parents teach here, and Irma is an alumna. Labeeby is a freshman at Assumption College, but frequently joins the orchestra as a community member.

“We play music together all the time,” says Irma, “but we have never been soloists together.” Irma says they are most excited about performing the piece with the orchestra. The dynamic of each soloist simultaneously interacting with the orchestra, the conductor, and each other will be interesting, she says.

“We have to decide things together and communicate that with Doug while we are playing,” she says. “When we give each other looks, we tend to be right. We can kind of predict what the other is going to do, and we have already heard some magical moments.”

Nakisa Alborzfard, a PhD student in civil engineering, will sing “L’Beruit” as an ode to her war-torn homeland of Iran and her parents, who left the country. The song was originally recorded by Lebanese singer Fairouz, and the accompanying music is based on Rodrigo’s Guitar Concerto. Alborzfard, who began singing publicly just two years ago, will sing in Arabic, one of several languages she speaks, and audience members will receive the English translation.

“This has been a journey of self-discovery and letting go,” Alborzfard says. “It has been great and terrifying at the same time.” She says her chosen song is deeply personal.

“My parents left Iran after the revolution, and their entire lives changed,” she explains, noting that her father passed away two years ago. “A feeling in this song resonated with my experience of never being in my home country, as someone who grew up outside Iran.”

Alborzfard, who grew up in Dubai, says the piece, while beautiful, is heavy. Although the lyrics are about a war in Lebanon, they remind her of how her parents’ lives changed. “I wanted to dedicate this to my parents,” she says, “to let them know, ‘I didn’t experience what you did, but I still feel how painful it was.’”

Local guitar soloist Peter Clemente also will perform, and then the WPI Orchestra will invite the audience to sing along to favorite holiday songs.

On the heels of a hectic fall concert schedule, Weeks knows he is asking a lot from the orchestra. “I work them hard and they respond,” he says. “They respond to the challenge, and they do a lot in a short amount of time.” But the interplay has a lot of give and take, as, says Weeks, “they all take pride in the final result.The mix of bittersweet melodies along with uplifting comforting music is a good blend. We want it to be appealing and challenging.”