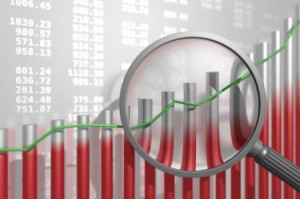 An epidemiological study of people treated over ten years a hospital in UpState New York showed a significant rise in community-acquired fungal infections, often called yeast infections. The study, done in partnership with the hospital and Worcester Polytechnic Institute (WPI), also found that patients who have diabetes, heart disease, respiratory, and gastrointestinal conditions were also more likely to suffer from a fungal infection.

Details of these findings are presented in the Major Qualifying Project (MQP) report “Risk Factors and Co-Morbidities Associated with Candida Infections” completed by Allison Simpson,  who graduated from WPI on May 17, 2014 with bachelor of science degrees in biology and biotechnology, and professional writing.

“What we saw in the data was surprising. While most infections showed a modest increase over time, the prevalence of people coming to the hospital with fungal infections, especially Candidiasis, rose significantly,” Simpson said. “I hope this project helps healthcare professionals better understand and assess the risk factors for these infections.  It also leads us to other questions, like what is the cause of the increase? ”

Simpson studied data provided by the hospital for all people treated from January 1, 2004 through December 31, 2013, a total of 112,468 cases. (The anonymous data set used randomized patient numbers in place of any names or other identifying information.) Over that 10 year period, Simpson found that 21,930 of those patients were diagnosed and treated for 170 different types of infections. Simpson then sorted those cases into categories of infections caused by viruses, bacteria, Candida, other fungi and parasites. The analysis showed that over ten years the number of diagnosed bacterial infections increased 12.7 percent, viral infections 11 percent and parasitic infections rose by nearly 9 percent. Diagnosed fungal infections, meanwhile, jumped 57 percent and of those Candidiasis spiked 71 percent.

Looking more closely at those diagnosed with Candida infections to see what other health issues, also known as co-morbidities, they had, Simpson found that 15 percent also had diabetes, high cholesterol or other endocrine disorders; 13.7 percent had heart conditions; 12.3 percent suffered lung illness; 10 percent had urogenital conditions and 9.5 percent were diagnosed with gastrointestinal disorders. Since the general population rate of Candida infection in the community studied was only about 1 percent, Simpson said the significantly higher rates of fungal infection among people with these co-morbidities is important data for healthcare practitioners to use when identifying at-risk patients that should be monitored for candidiasis.

“This was an excellent MQP with important findings,” said Reeta Rao, PhD, associate professor of biology and biotechnology, co-advisor for Simpson’s MQP. “In our lab we study the biological processes of fungal infection at the genetic and molecular level. So it’s always important for our students to also understand the clinical implications of these infections.”

Brenton Faber, PhD, professor of humanities and arts who co-advised Simpson’s MQP, said the blending of professional writing, research skills, and clinical application is important for life sciences students and for the utility of public health research. “Important medical findings will only be useful if they are understood by both specialists and members of the community at large,” Faber said.  “So the dual goal here is to conduct rigorous research, then communicate the findings effectively for the benefit of public health.”

Hospital leaders are now using the MQP report as part of their ongoing efforts to improve patient outcomes.

Simpson’s project was recognized this year with the WPI Provost’s MQP Award for the most outstanding project in professional writing. In August she begins a doctoral program in Immunology at Tulane University.