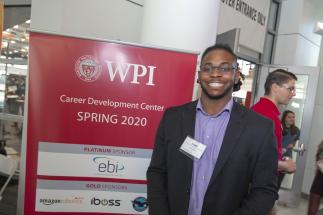 Despite Economic Upheaval Caused by the Pandemic, the Class of 2020 Reports Successful Outcomes

While the COVID-19 pandemic has posed economic challenges for the country, WPI’s Class of 2020 is finding success in job searches, thanks to project work, networking, internship, or cooperative education experience—and assistance from the Career Development Center (CDC).

Steve Koppi, CDC executive director, says the nation’s employment picture, while not exactly rosy, shows a positive trend for hiring full-time. Like other STEM-focused universities, WPI has not seen a dramatic number of full-time offers to its students rescinded, though some internships have ended early, started late, or were cancelled altogether. On the full-time hiring side, there have been many delayed start dates, he says.

“Employers remain interested in WPI talent," says Koppi. "We recently opened registration for our fall recruiting season, and employers are signing up for the virtual career fairs we will offer in September. Employers hire for skills, including a variety of technical skills in specific fields and transferable skills such as problem-solving, communication, and teamwork, which are valued across a wide range of work situations.”

Some 2020 grads cited those skills in landing their first jobs. 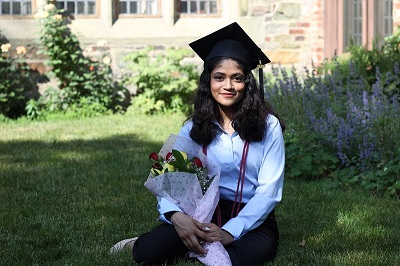 Faria Kader '20 (ME) was hired at BAE Systems in New Hampshire, and is relocating from her hometown of Boston this summer to begin her employment in the company’s electronics systems sector as a quality engineer. She applied for an internship with the company in 2018, and a WPI alumna working there helped keep communications going. “I applied to three different divisions when jobs opened up,” she says. “I got rejected from two, but the WPI connection I had asked to interview me.”

Kader credited her project work and her work as a peer advisor at the CDC with preparing her for an internship and, eventually, the workforce. At the CDC she made presentations on campus to help students prepare for the Career Fair. She completed her Interactive Qualifying Project (IQP) through the Boston Project Center, working with the Mass. Department of Environmental Protection’s wastewater and water treatment operations. Her Major Qualifying Project (MQP) focused on recycling plastic waste into 3-D printing material.

“Working on projects, I got to work with so many teams, many with different skill sets,” she says. “I learned that I will not be the leader in every project. It taught me how to navigate situations and obstacles.” 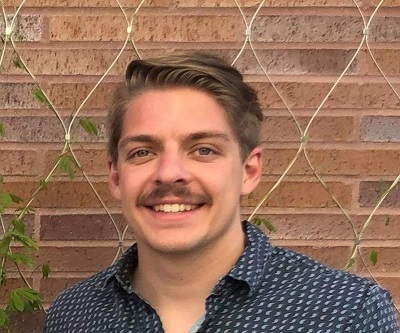 Tim Esworthy '20 (ME) completed his bachelor's and master's degrees in four years, and began work in June at Haigh-Farr in New Hampshire as a mechanical engineer. The Mount Airy, Md., native is working  alongside electrical engineers to ensure that the company’s custom antennas for aircraft, missiles, and spacecraft can withstand the various stresses of flight, such as heat and vibrations.

Esworthy’s  IQP in Armenia developed an app for the Armenian Eye Care Project aimed at promoting eye safety and care for children, and recommended some developers located in the capital city Yerevan. His MQP team worked on the development of a prototype device that could be pulled by a tractor to automatically place Christmas tree seedlings into the ground.

“Both of them were good in terms of working with teams in general,” he says of his projects. “One of the things I heard the most in interviews for internships and my job was that talking about working with a team, what went right, what went wrong, things like that … was a one of the reasons I was able to get those internships, and they served me well.” 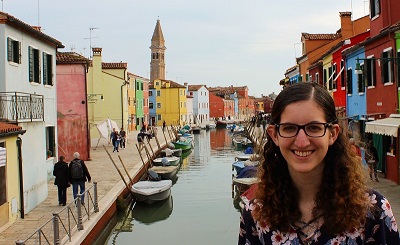 Rachel Manca '20 of Sterling, Mass., majored in Management Information Systems, and was hired by Boston Scientific in Marlboro, as an IT rotational associate in the company’s Technology and Leadership program.

Manca's IQP took her to Venice, Italy, conducting research on alternative farming methods using under-utilized space. Her MQP worked with the Foisie School of Business, developing a business intelligence solution. “Project experience definitely helped,” she says of her job search, “working in teams with stakeholders…. The IQP was a new project for Venice. We explored a lot of hydroponic companies.”

Her advice for those worried about their job prospects during the pandemic: “Be persistent.”

Kader echoed that thought. “I would say, 'Don’t give up.' That’s so important,” she says. “I understand how disheartening it is to get rejected by an employer. Make appointments with the CDC to get talking points and learn how to navigate the process.”

Esworthy explains that he spent the past year applying for jobs. “Especially when the pandemic hit, I would go on LinkedIn and apply for everything that was posted that day,” he says. “One thing is to apply to anything you can find in the new job postings, because they won’t post if they’re not hiring. Also, reach out to connections through school and Greek Life organizations.”

“Demand across industries is changing and will continue to change,” he says. “Job seekers often think of themselves inhabiting a specific industry; students can benefit from investigating how their skills might apply in different sectors of the economy. Practicing flexibility and adapting to changing circumstances during the job search can be challenging, but students will need to be flexible in contrast to the stick-to-the-program aspect of higher education to which they have become accustomed.”

The CDC will host a Fall Virtual Career Fair series across six dates in September utilizing the Brazen platform. All dates are for students and alumni from all degrees and disciplines seeking a full-time job, internship, co-op or part-time experience. Join the event in Handshake to get an email notification and receive updates regarding the event. While you can RSVP in Handshake, you will need to register in the Brazen platform to be able to participate.  Those links will be added to the event in Handshake in August and sent out via email. 2020 Fall Virtual Career Fair Series Dates: September 17, 22, 23, 24, 29, and 30 from noon-3 p.m.