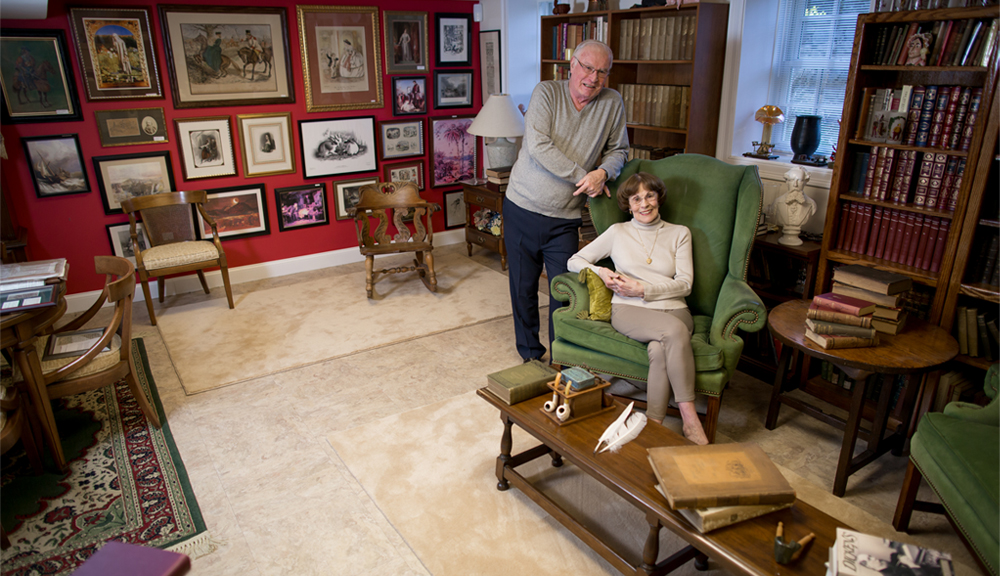 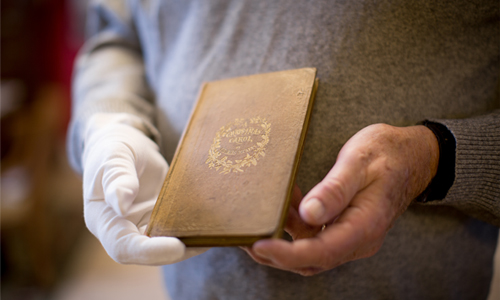 Dan Ryan was a freshman at Hotchkiss, a boarding school in Connecticut, looking forward to going home over winter break, when his English teacher assigned a small blue book. Dan cracked the cover that weekend and settled in to read A Christmas Carol by Charles Dickens. By the time he got to the visit from the Ghost of Christmas Past, he was hooked.

“Scrooge returned to his boarding school and saw his young friends on a stagecoach leaving to go home for Christmas," says Dan, "and that made an impression because I was in the same position in a way—waiting to go home.”

Sixty-five years later he has amassed an impressive collection of Dickens letters, first editions, original artwork, and memorabilia. Though he earned his undergraduate, master’s, and PhD from Yale University, he has bequeathed his Dickens collection to WPI, where he feels it will have a sizable impact. The Daniel and Alice Ryan Collection on Charles Dickens, together with the Robert D. Fellman Dickens Collection, makes WPI a world-class destination repository for the study of Charles Dickens, according to Arthur Carlson, assistant director for archives and special collections at WPI.

“This will provide a major upgrade in what we can offer to a lot of our students in terms of teaching not only about the life, world, and works of Charles Dickens," says Carlson, "but a lot of the morality lessons that go into creating humanist engineers.”

Dan continued reading Dickens through boarding school years and in college. He was studying chemical engineering at Yale when his mother unknowingly seeded her son’s collection. The family had moved into a new home with a fully stocked library that included a complete set of Dickens’s works—about 30 volumes in all. Naturally, his mother gave the set to her son, setting him on his decades-long pursuit of rare Dickens artifacts. 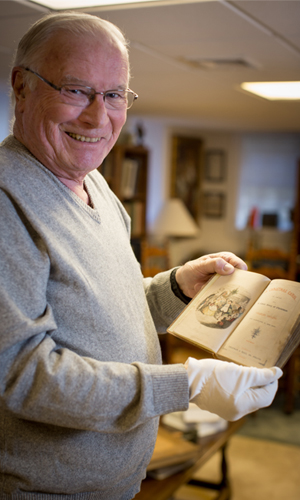 Dan married Alice Castle in 1961, then went to work as a process research engineer with Exxon in 1965 after completing his graduate studies. The couple had two sons and over the decades, the family bounced between Houston and Baton Rouge, packing up and transporting their growing Dickens collection with each move. When Dan retired from ExxonMobil, the couple settled on Cape Cod, installing the collection in a climate-controlled setting.

One of Dan’s favorite pastimes is sitting quietly among the collection, enjoying a good book.

He never gave much thought to what would eventually happen to the collection until David Paroissien, editor of Dickens Quarterly, visited from Oxford, England. Paroissien put Dan in touch with WPI professor and Dickens scholar Joel Brattin, who showed him the Fellman Collection and introduced him to the WPI Plan. Both impressed Dan and Alice. Dickens's works contain deep lessons about the social and human costs of the Industrial Revolution. WPI’s strong emphasis on humanities is designed to encourage students to reflect on such lessons.

“There are a lot of parallels you can draw between a post-industrial world and a post-Information Age world,” Carlson says.  I think our students are going through the same thing. They’re the first generation to have been born of the Information Age.”

The Dan and Alice Ryan Collection includes a dozen letters signed by Charles Dickens and several written to him—rare finds, given that Dickens burned many of the letters he received, Dan says. There is also an unused ticket to a Dickens reading in London, artwork by Dickens’s original illustrators, and steel plates used for printing first editions. The collection also includes hundreds of letters signed by the author’s circle of friends. But the item most treasured is perhaps the least valuable of the collection.

“I still have that little blue book," Dan says. "It’s sort of like Citizen Kane’s "Rosebud." It’s in a prized location.”