On Friday, December 13, Heather Jackson, Chris Love and Professor Nancy Burnham performed a tongue in cheek poetry reading for the faculty meeting to underscore that grades are due by December 24. The Daily Herd couldn’t resist sharing this fun holiday take on a serious subject… 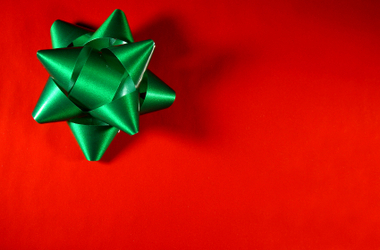 ‘Twas the night before Christmas, and classes were done

The students were gone, back home having fun.

Final exams had been written, goodbyes had been shared,

And visions of “A” grades danced through the air.

But I, in my office, sat slumped at my desk,

‘Neath a stack full of lab reports, essays, and tests.

Completing my grades, in a terrible brood,

For the edict from Boynton had sullied my mood.

She had learned that the grades must be turned in today.

With eight blocks to her load, she was bowed with dismay.

Her spirits as black as the ink from a squid.

Even Gompei the Goat was back home with his kids.

When what to mine exhausted eyes did appear,

But Boynton and Washburn, shadows in the air!

Said Boynton, “In theory, you shouldn’t be grading

While Christmas is nigh, and the evening is fading.”

Then Washburn spoke up, “I don’t think it’s daft

Think of the teachers who have been there for you

To help all those times when you hadn’t a clue.

Who stayed after class, and were only too willing

To buy you a lunch when you hadn’t a shilling?

As I looked through the past, I saw it was true,

So I turned to my work with a vigor renewed.

“They shall have all their grades by three, I declared.

And they won’t have to wonder unsure and a feared.

And the two ghostly sages, they smiled to themselves

And they faded away, the two mystical elves.

But I heard them exclaim, in a voice hale and hearty,

“So sorry to leave, but we’re late for a party!”