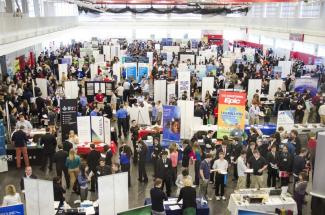 200 companies slated to participate in this year's event

In this digital age where we essentially can access the whole world from our devices, some might think that the good old-fashioned career fair would be an outdated practice.

But for WPI, it’s been a tradition that’s worked for decades—and continues to. 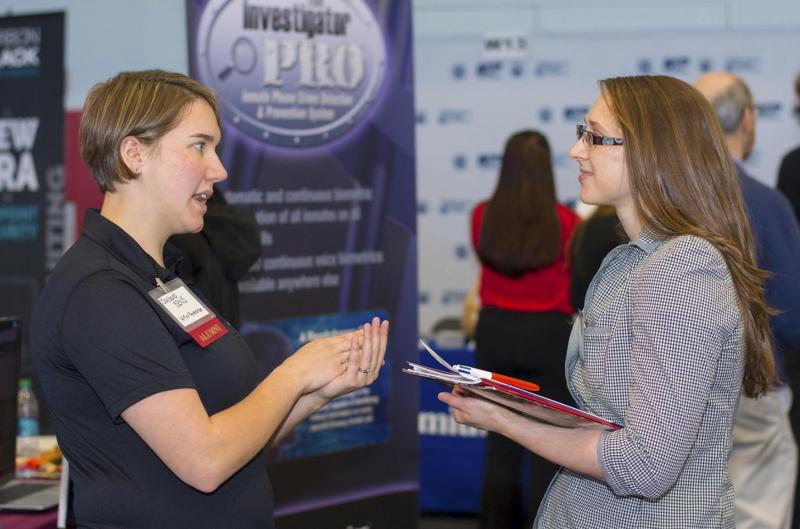 Employers will be recruiting from all degrees and disciplines.

Thousands of students and hundreds of employers will have that very opportunity at WPI’s Fall 2016 Career Fair, to be held from noon to 4 p.m. on Wednesday at the Sports and Recreation Center. According to Rand, 200 companies are expected to be in attendance, recruiting students from all degrees and disciplines, as well as for a variety of jobs, including full-time, part-time, summer internships, and co-ops. The event attracted roughly 3,000 students and alumni last year.

“It’s such a great way to have so many employers in one location, on one day, to talk about job opportunities,” says Rand. “Students are usually pretty pleased.”

A helpful feature returning this year is an interactive app, Career Fair Plus—available for both Android and iOS—that not only provides information on companies and what positions they’re hiring for, but also incorporates a GPS function so students can find their way around the day of the event.

As Rand notes, WPI’s career fairs have become prestigious gatherings—highly anticipated by both students and recruiting companies. The first fair was held in 1994, and the event has grown exponentially ever since.

One of the telltale signs of its success and influence is the fact that it attracts so many companies—including powerhouses like General Electric and Liberty Mutual—many of which have been involved since the first year. It’s so popular that the CDC had to turn away nearly a dozen companies this year because the Rec Center can only accommodate 200.

“There are a number of reasons why we get so many employers to attend our fairs, but the quality of our students and alumni is Number 1,” says Rand. “We hear from employers over and over again that WPI students transition very smoothly into the workforce and are ready to contribute on day one. The project-based curriculum here sets them apart from other candidates in the job search, and employers continue to find success with WPI hires.”

What’s more, it provides that personal touch that we don’t always have in our device-heavy, 21st Century society. As Rand stresses, it allows companies to see how candidates react, and candidates, in turn, can get a good feel for their prospective employers.

“It’s a great opportunity for both employers and students to just feel each other out,” she says. And while WPI has held virtual recruitment nights and career fairs in recent years, the traditional career fair remains “by far our most popular recruitment event on campus.”