With a long history as a champion of STEM education starting as early as preschool, it's no surprise that WPI's newest efforts to promote STEM are being well received. But the overwhelming response to the 2016 STEM Faculty Launch program has surprised even the workshop's organizers.

To help STEM graduate and postdoctoral students (who are traditionally underrepresented minorities or women) launch their academic careers, the two-day workshop offers guidance, mentorship, and tips to put into immediate action from experienced WPI faculty who have been both the job-seeking student and the hiring faculty at some point in their lives.

And the immediate reaction to the program reveals students' real need for it. With little advertising and mostly word-of-mouth recruitment, interest has grown. In the first year, more than 80 people applied and 27 were admitted; this after initial plans were to take 12 to 15. This year, 174 applied and between 30 and 35 will attend the workshop on September 22–23. Participants represent more than 25 schools and three countries.

The program is not just geared to those who are applying to WPI for jobs, but aims to help everyone at this career crossroads. For there to be equity, everyone has to have access to the same opportunities and preparation to be able to compete on an even level, say the program's leaders.

“This is good practice for how they present themselves and the good work they have done,” says Karen Oates, dean of arts and sciences. Through a series of activities, speaker events, and hands-on projects, the students discover how search committees evaluate applicants and will take steps to improve their own prospects.

“As a former department head in hiring and trying to promote and mentor young faculty members, I saw a lot of things were falling through the cracks,” says physics professor and former head of WPI's physics department Germano Iannacchione. “We are losing people for reasons that are easily addressed.”

“Mentoring at every stage is crucial,” he says. “And going from student to faculty is a crucial choke point.” Lots of good talent is lost because postdocs don't know how to conduct themselves in an interview, how to ask the right questions, or how to present themselves online, he says. “People think it happens by osmosis,” says Iannacchione. "In fact, if students are at a school where mentoring isn't taking place and or in a program that doesn't offer solid guidance, they won't know how to present themselves as professional leaders despite their backgrounds as accomplished researchers."

Applying for a tenure track academic position is very different from a typical industry job interview, he says. Career offices will help people identify where to apply, but the advice is typically geared toward undergraduates and those who might move into business.

For postdocs who have been out for many years and have often taken the helm in important research projects, the approach is decidedly different. That important space in between has little guidance, save for the kind students may or may not find on a campus.

After years spent focused on research in a lab, many postdoctoral students don't have the experience or the guidance to navigate the job search process. Once they land a job, finding their footing leading a university classroom is another challenge for which they often have no preparation. Underrepresented minorities and women may not see many role models in their fields, so the STEM Faculty Launch Program is especially sensitive to those applicants. 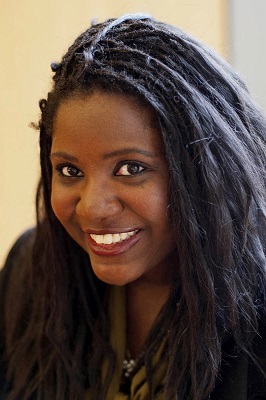 “Many people whom I saw being considered as serious contenders for faculty positions were participating in programs like the STEM Launch,” says Liz Wayne, PhD, a participant in last year's program and a current Ruth L. Kirschstein NRSA postdoctoral fellow in the C-CNTP at University of North Carolina’s Eshelman School of Pharmacy. “I felt that the program would give me more insight into the path between postdoc and tenure-track position, which felt like a big gray box. And, finally, I needed some hope.

“The academic climate is competitive, the outlook often presented in very dire terms," she says. "I needed to know what I was in for to be able to access whether this was still a career path on which I could be successful.”

Many participants in last year's program offered feedback indicating they wished they could have these interactions on their own campuses—but, lacking that, they were thankful the program was there to fill in so many missing pieces. Participants said they left with a better understanding of how the process works and an increased confidence in their abilities to present themselves.

Each participating department at WPI decides how many students it can support through its budget. For instance, says Oates, the math department is bringing in 13 people this year—they are committed to making sure future STEM faculty, whether at WPI or at other universities, will be more diverse than it is now.

Oates and Iannacchione say the real results will come five or six years down the road, when these students will be tenured leaders in their fields. Along the way, those involved in the program hope the students will stay in touch by developing online networks and their own connections. And then they will be able to turn around and provide the same assistance and guidance they received.