First-year students at WPI are among the happiest in the nation, according to College Choice, an independent college rankings and review website dedicated to helping students and their families find the right college. 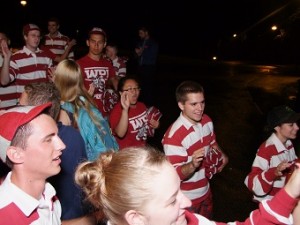 According to College Choice, happiness in their first year is an important predictor of future collegiate success.

“Students who complete their first year and return for their second at the same institution are much more likely to eventually finish their degree than those who transfer or drop out,” said College Choice associate editor Katie Brownell Amondson, lead editor for the piece. “The schools on this list all do an exceptional job ensuring freshmen students feel happy and supported enough to return for their sophomore year,” Brownell Amondson said.

For its “Colleges & Universities with Happiest First-Year Students” ranking, College Choice looked primarily at freshman retention rates, but also looked at overall graduation rates. The ranking considered all regionally accredited colleges and universities recognized by the National Center for Education Statistics (NCES). Retention rates were drawn from the most recent data available from the NCES IPEDS database and CollegeData.com. Schools sharing the same retention rate were ranked based on their overall graduation rates.

According to College Choice, happiness in their first year is an important predictor of future collegiate success.

Of WPI, College Choice noted, “One of ten schools located in Worcester, Massachusetts, Worcester Polytechnic Institute provides a rigorous private education grounded in the sciences. Founded in 1865, WPI resides on 80 tree-filled acres within the city’s urban center. The community of Worcester Polytechnic Institute is very tight-knit, with an undergraduate enrollment of only 3,952 and a freshman retention rate of 96 percent. The majority of students are men (70 percent), and 70 percent of students are involved in athletics in the school at some level. The student body is actively engaged in campus activities, such as contests like the epic tug-of-war held throughout the year between the freshmen and sophomore classes.” 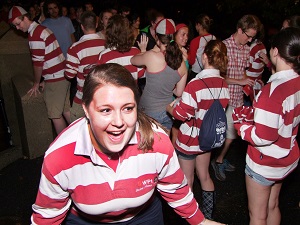