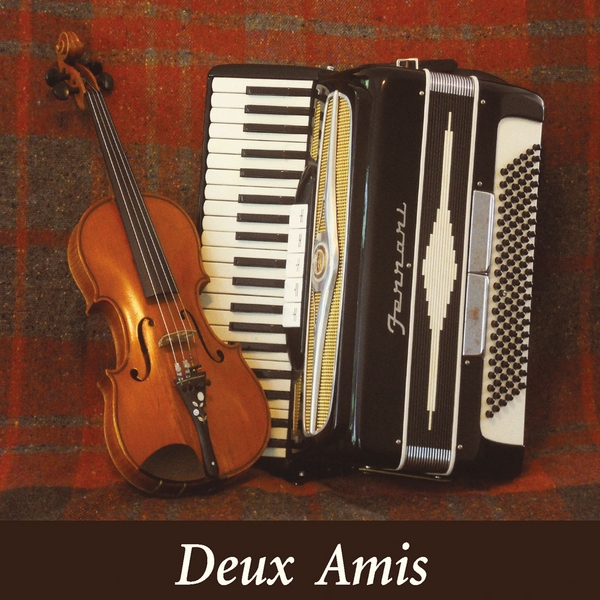 By day, he is Samuel Politz, associate professor of biology and biotechnology. By night, he is Driftin’ Sam, a two-fisted piano player, well-versed in the New Orleans keyboard tradition from Tuts Washington to Dr. John.

For the past five years he’s appeared every Monday night from 7 to 9pm at Nick’s Bar and Restaurant, 124 Millbury Street.

A native of South Louisiana, Politz is also steeped in Cajun and Zydeco music and Deux Amis is a project that explores the tradition. In addition to piano, he also plays both button and piano accordion.

The group takes its French name (which means Two Friends) from the duo of what Politz refers to as “life partners.” His bandmate, and wife, is Betsy Bronstein, a classically trained cellist who has migrated to the fiddle, as she says, “to play more folk music.”

The French language is a main ingredient in the gumbo of Louisiana culture and music. “Most real Cajun songs are sung in French,” Politz says. “There are basically two types—the fast songs, called two-steps, and the waltzes. All of this music was derived from that of the Acadians from Canada. So it goes all the way back to France.”

Politz sings classic songs, like “Jolie Blon,” a traditional waltz known as the Cajun national anthem, in French. “I learned to speak the language by listening to my mother converse with my French Creole grandmother,” he says. Plus, there were lots of Cajun people around who spoke only French. So, I was exposed to the music and culture when I was growing up.”

He says he recently revived his interest in Cajun and Zydeco musical roots. “When my wife first got a violin, I asked her what she wanted to learn to play. She said, ‘Not classical.’ She wanted to do folk music. I said, ‘Why don’t we do Cajun music?’ I had played accordion a long time ago. I got another and we started learning and researching Cajun songs and we have been having a ball with it.”

Bronstein, who originally hails from Missouri, is a project of the St. Louis Conservatory of Music. She has performed as a member of the Boston Philharmonic, Symphony Pro Musica, and Aequalis, among other classical ensembles.

The group has one CD to its credit, the self-titled Deux Amis.

In addition to “Jolie Blon,” the release features such tunes as “Hey Ton Papa Et Ta Maman,” “Tu Peux Cogner,” and “Jambalaya,” which Hank Williams learned, as Politz says, “from a Cajun fiddler and put English words to it and it became a million-seller.”

When describing Deux Amis, Politz says, “Take a French Creole accordion player from South Louisiana and a fiddler from Missouri, stir, and out comes Cajun music with some new wrinkles.”

Knowing full well that dance is at the heart of both Cajun and Zydeco music, Politz says that the WPI audience might want to wear their dancing slippers. “I don’t know if there is going to be room for dancers, but it is hard not to dance when we play. It’s really good- time music. If they feel like dancing they should.”