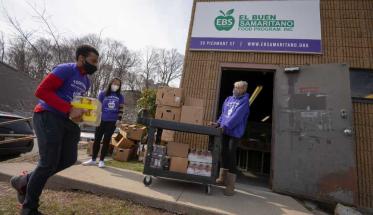 A Global Experience in a Local Area Code

Established in 2000, the Worcester Community Project Center (WCPC) may not be the newest of WPI’s 50+ project centers around the world, but it’s one of the most innovative. It has hosted projects focused on a mobile website for the Worcester Art Museum, created an adaptive bicycle with Worcester Earn-a-Bike, and developed a STEM program for the Boys & Girls Club of Worcester—all right here in WPI’s backyard.

Thanks to the combined efforts of WCPC director Laura Roberts and Associate Professor of Spanish and International Studies Aarti Smith Madan, WPI students who complete project work through the WCPC have the opportunity for a global experience without leaving Worcester County.

Roberts, Madan, and several students who completed a project for a local nonprofit food pantry recently reflected on this new collaborative chapter for the WCPC. They discussed how they might carry their project work experiences with them going forward.

“I firmly believe that WPI students can have a global experience without ever stepping on a plane … this experience has the potential to change not only how they view [ local Latino] communities but also themselves and the United States.” —Aarti Smith Madan, Associate Professor of Spanish and International Studies

Collaboration is in WPI’s DNA, so it’s no surprise that it’s also at the root of the latest endeavor within the WCPC. After earning a grant in 2020 to build out an undergraduate student curriculum, the Latin American & Caribbean Studies (LACS) group on campus, of which Madan is part, sought to pave inroads to Worcester’s Latino community. They connected with the WCPC to do just that by providing local opportunities for students to meet academic project requirements, namely the IQP, while connecting with global stakeholders.

The projects would focus on giving students a global experience in a local context. Madan met with local Latino-facing organizations to assess their needs and interest in working with WPI students, and the Local Latino Projects Program came into existence soon thereafter.

While their ultimate goal is embedding similar project opportunities throughout the WPI curriculum, it was decided by Madan and the rest of the LACS team that the first two projects under the Local Latino Projects Program would be housed under the WCPC due to Roberts’s alignment with their intertwined global and local goals. 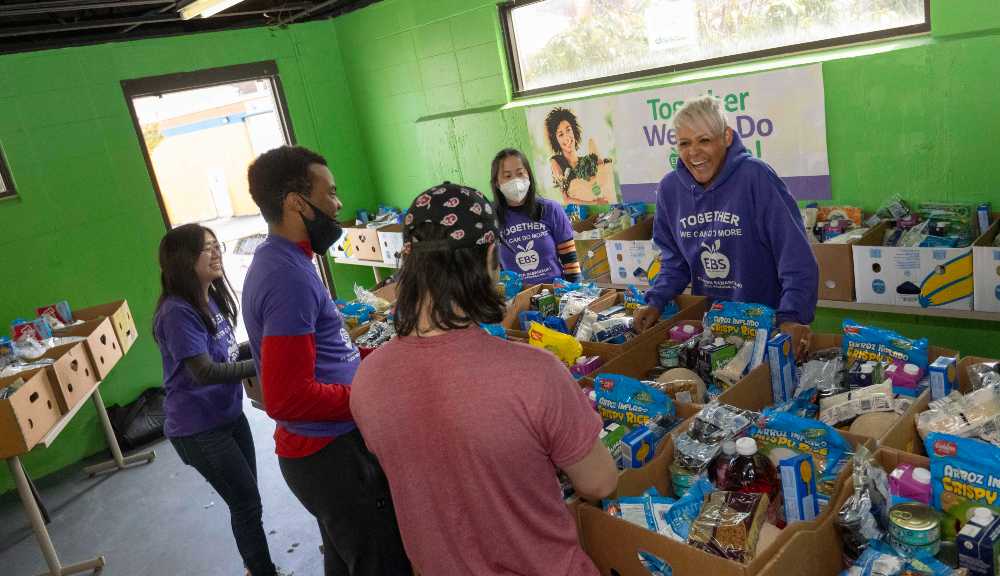 “The whole experience made me feel more like I was part of the Worcester community instead of a student just attending WPI.” —Olivia Rockrohr ’23

Last year saw two projects with a focus on assisting local Latino-serving organizations, the Latino Education Institute on Chandler Street and El Buen Samaritano (EBS), a nonprofit food pantry on Piedmont Street that also provides clothing, housing support, translation services, immigration assistance, and other services since its inception in 1991. This year’s team worked with EBS designing a digital system to improve its inventory system with the goal of reducing redundancy and eventually expanding the services it offers.

While none of the students on this year's teams were pursuing an LACS minor, they had invaluable exposure to a different side of Worcester—immersing themselves in the local community and spending time chatting with volunteers from the Worcester Community Food Bank and sharing some bubble tea on Fridays after a week of work, sharing memories that would stick with them, personally and professionally.

“We were able to help make their food distribution more efficient, as well as make sure that no food was being mistakenly disregarded,” says team member Caleb Talley ’23. “I’m a native of Worcester, and this was a great opportunity for me to improve the community and help those who are in need.” 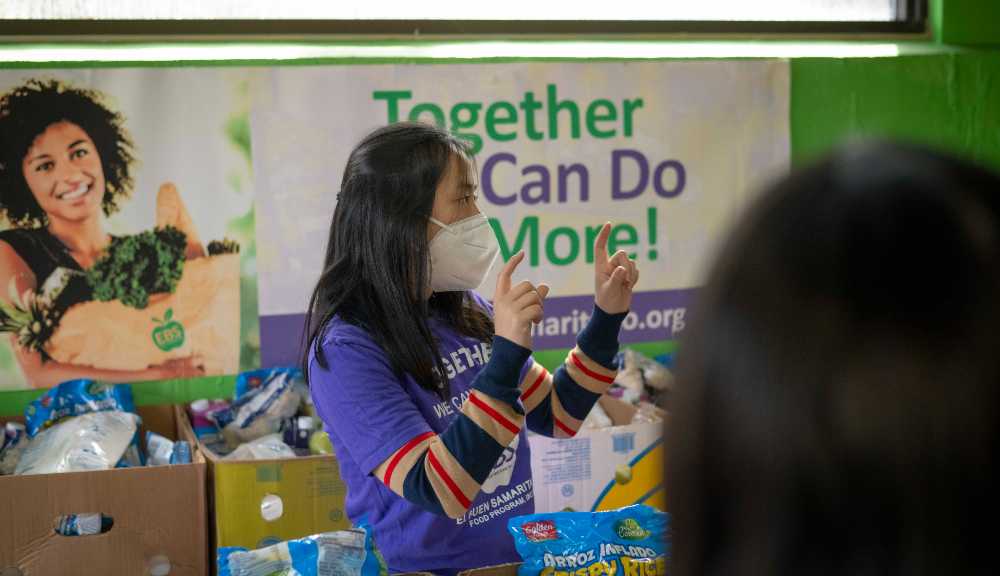 “Even though there was a language barrier, they kept thanking us, and that gave us a strong sense of accomplishment.” —Janie Leung ’23

Team members may have been tasked with creating a digital system for El Buen Samaritano, but they didn’t stop there. They immersed themselves in working with the nonprofit, regularly assisting with their weekly food pickup and distribution, something appreciated not only by El Buen Samaritano’s volunteer staff.

“[Food pickup] is usually done by the sponsor’s father and one volunteer … when the four of us helped pick up food, the process went by super quickly and they were very happy," says Janie Leung ’23. "One of our teammates was even able to find a group of volunteers to help at the food pickup every week.”

“One day when driving back from the Worcester County Food Bank with one of the workers, we just started having a conversation in Spanish about life,” says Chris Cook ’23, explaining that his work through the WCPC allowed him to improve his confidence in speaking the language, something he plans to continue to utilize after graduation. “It was just a really nice experience.” 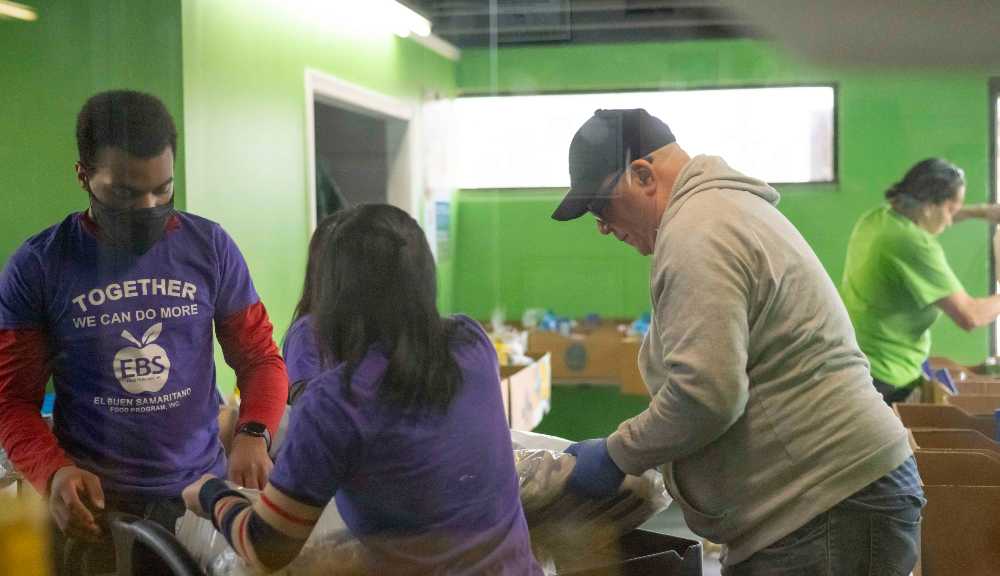 “I hope that students will gain a sense of agency and responsibility to use their time and talents to benefit the local community, and that they will go on to be more community and civically engaged in their lives beyond WPI.” —Laura Roberts, Worcester Community Project Center Director

The WCPC has been the backdrop where students have completed hundreds of projects, but the partnership with LACS is just beginning, making for a wealth of exciting, multidisciplinary potential. It’s something special and, as such, it gives both Roberts and Madan hope that participating students receive something even more from it.

“I hope students come to appreciate Worcester as a global city made up of immigrants,” Madan says, citing the Irish who have shaped much of the city’s history, the refugees who have settled here thanks to myriad community support systems, and the Latino communities that have come to establish roots in the heart of the Commonwealth. “My teaching philosophy as a professor of Hispanic languages and literatures is for students to better understand, via those subjects, who they are now and who they want to be in Worcester and the world.” 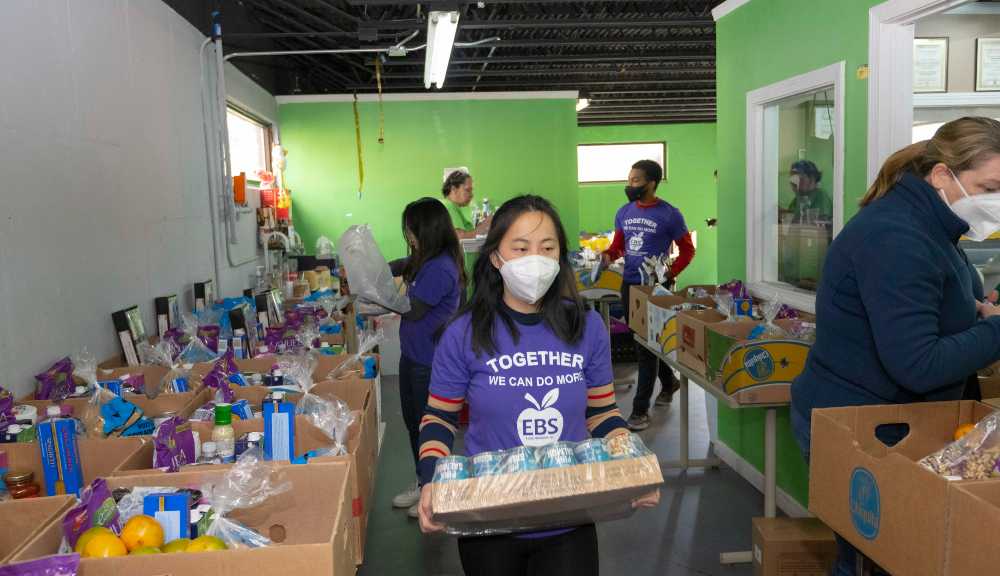