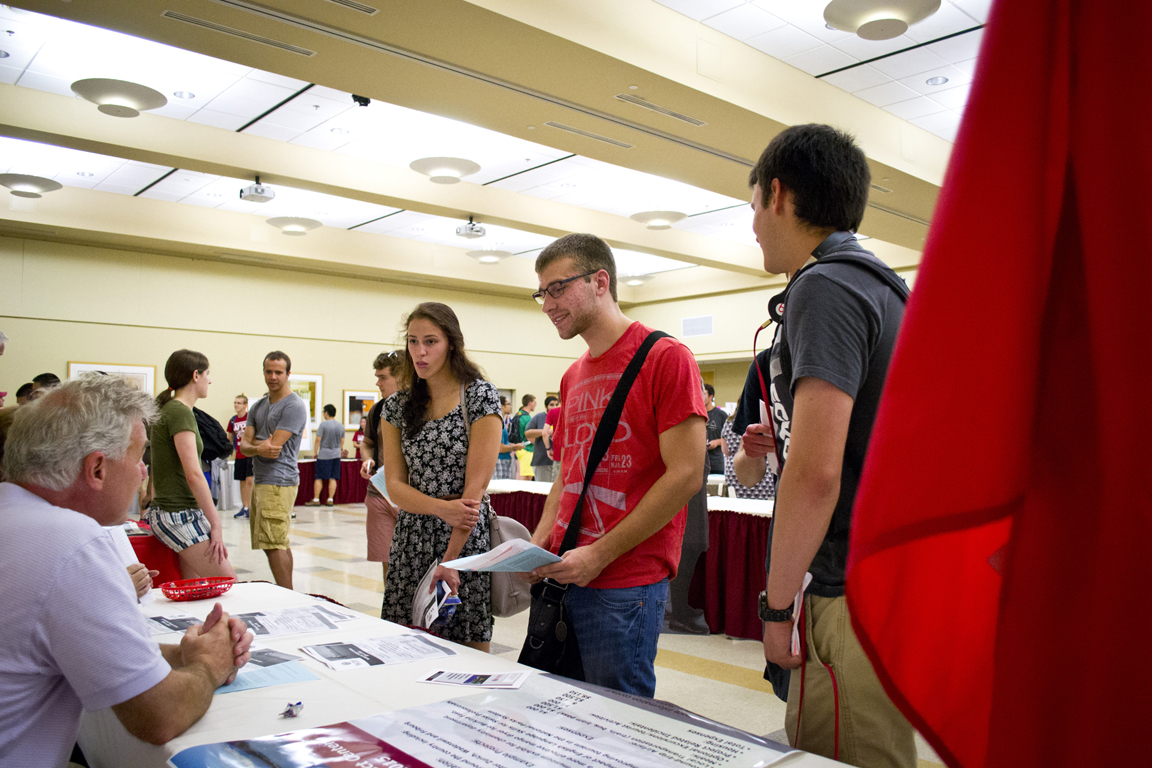 Students chat with a faculty advisor about one of more
than 40 project centers WPI offers.

Students at last week’s Global Fair gained some insight into WPI’s interdisciplinary project-based curriculum, getting acquainted with more than 40 project centers and the work they do around the world. The fair, organized by the Interdisciplinary and Global Studies Division (IGSD), is designed to allow students to learn more about WPI’s Global Projects Program (GPP) and to speak with project center directors and alums.

Over 800 students attended, getting information on the project sites, participation costs, and financial aid availability.

Director of Global Operations Anne T. Ogilvie said that students were trying to figure out how to best position themselves to apply for specific project centers, and pointed out that there are some different components for students to understand.

“One of the things they’re trying to figure out is what sites they’re interested in, what kind of projects are done there and what is the process for applying,” Ogilvie says. “A key requirement of the application process is attending an information session. We’ve publicized the schedule for all information sessions, and we want students to be sure to attend the session for their first-choice site, and for any others that they are interested in. That part is really important.”

The Interactive Qualifying Project is one of the most distinctive aspects of WPI’s interdisciplinary project-based curriculum — the core of the university’s undergraduate program for more than four decades.

For the 2015-16 academic year, WPI will be launching new off-campus IQP centers in Asunción, Paraguay; Thessaloniki, Greece; and in the Pioneer Valley of Western Massachusetts, where the focus will be on environmental issues, innovation, and economic development throughout western Massachusetts, Ogilvie says. In the coming weeks, students will have the opportunity to apply to these and other project centers at 25 domestic and international sites, including some sites with no or low costs to participate, such as Worcester or Boston.

Gregory Giola ’15, a computer science major, did his IQP at the Venice project center last year, and staffed the Venice project table during the Global Fair. “Students were interested in looking at what projects are available, not just what we did but how they helped Venice,” he says, “and what it was like to be in Venice while we were there.” 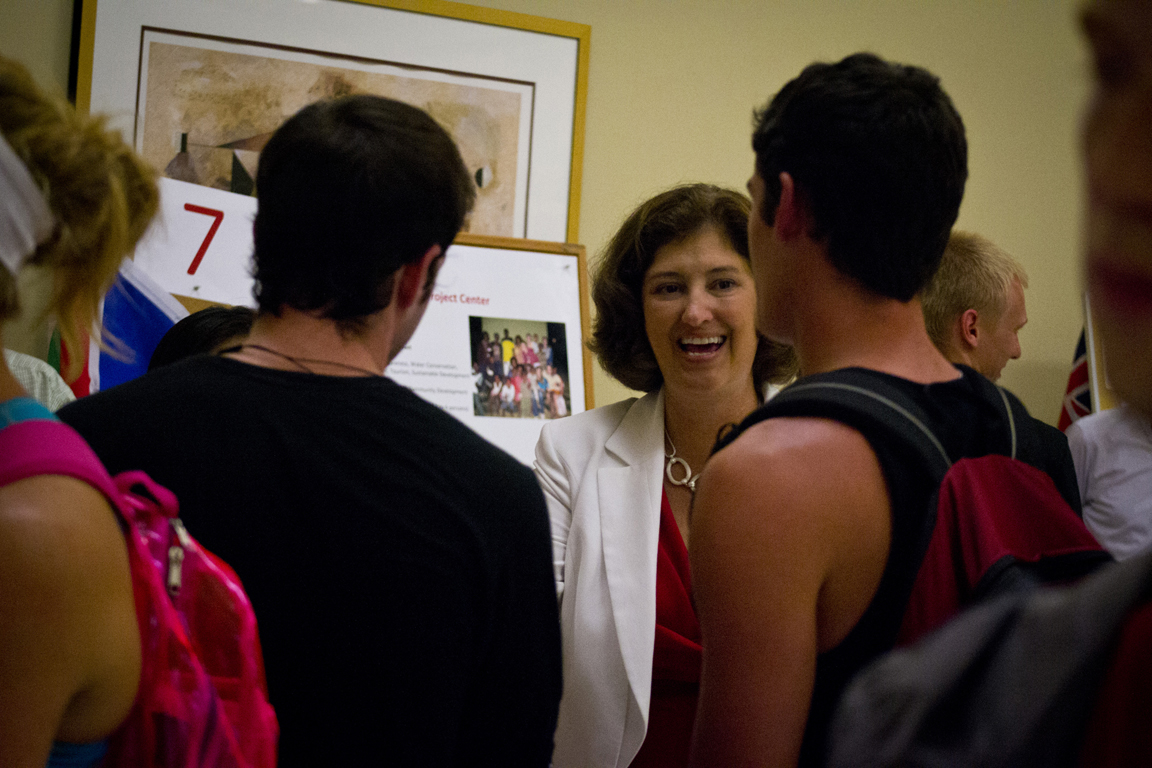 Sophomore Scott Iwanicki stopped at several of the project tables, with Namibia, New Zealand and London catching his interest. “I’ve always wanted to go to London, and the projects look interesting,” he says. “New Zealand, I’ve been there before, and the project also looked interesting as well. Namibia is different, so I wanted to see something different and see the world a little bit.”

Samantha Ervin ’16 did her IQP at the Humanities and Arts project center in Rabat, Morocco in A term 2013. She answered questions at the Rabat table from interested students. “We got a few questions about cultural immersion and the experience students are getting,” she says. “A lot of them seem to want to be somewhere that they wouldn’t necessarily go for vacation. They want to be somewhere where they’re going to get an experience like nowhere else.”

Athena Casarotto ’15 was in Thailand with her project team in March of this year, researching an oil spill off the coast of Koh Samet island. She helped answer questions at the Thailand project table.

“There’s a lot of interest. A lot of people don’t know about the site and what it’s like there,” she says. “They don’t know a lot about the country in general. There were some questions on the climate, the culture, what the language is like. We study Thai before traveling, but it’s not a problem if you only speak English.”