Going Above and Beyond

Imagine having to walk hours back and forth each day to your source of drinking water, with no guarantee that the water would be fresh, or even available to you.

For the citizens of Guachtuq, Guatemala, that scenario wasn’t a hypothetical; it was the reality they faced for years. Their sole source of water—which was usually contaminated to begin with—was a privately owned basin, and the basin’s owner would sometimes restrict the community’s access to it.

All that began to change in 2009, when WPI’s student chapter of Engineers Without Borders (EWB) began a partnership with the people of Guachtuq and a local NGO to increase water security through the design and construction of 36 rainwater harvesting systems. Over the course of the seven-year project, the new systems added 105,000 liters of water storage capacity and greatly increased the water quality in the community. 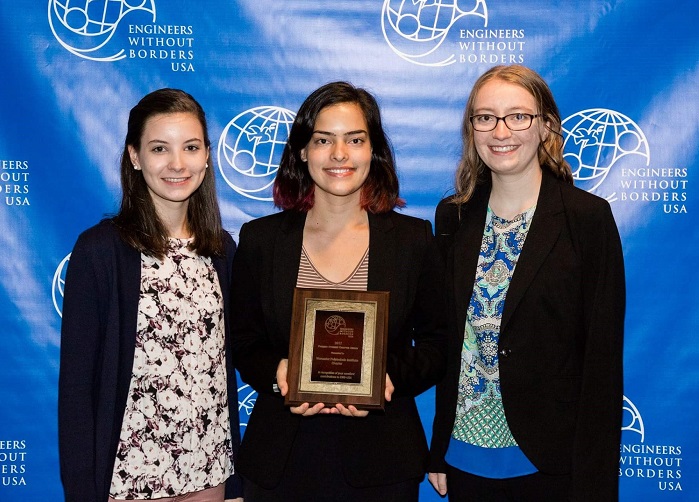 On the final trip to Guachtuq, the last two rainwater harvesting systems were designed and constructed by the community without any help from the WPI EWB team; 41 community members also became certified to repair and maintain their new water systems after attending a weekend of instructional workshops.

“It was an incredible moment because it not only showed us that they valued our partnership, but that they were ready to learn about the systems and take full ownership for their future sustainability,” says chapter president Kerry Muenchow ’19.

Knowing that they had an invaluable role in helping the community of Guachtuq gain consistent access to clean water is enough of a reward in itself, but in 2017 EWB International also recognized their work, naming the group of WPI students as a recipient of a 2017 EWB-USA Premier Chapter Award.

The Premier Chapter Awards are given annually to student EWB-USA chapters who go above and beyond in service to the organization and its partner communities. Held shortly before Thanksgiving, members of the WPI chapter traveled to the 2017 EWB-USA Conference in Milwaukee to accept their award.

For Abby Ismail ’19, being recognized by EWB-USA was both exciting and humbling, especially due to the fact that they’d be joining chapters whose work they had admired and been impressed by in the past.

“Our chapter is full of people who devote so much of their time and hearts to the work we do,” she says. “It was rewarding to be recognized for the effort all our members put into creating a sustainable, impactful project for the communities we partner with.” -Abby Ismail '19

“Our chapter is full of people who devote so much of their time and hearts to the work we do,” she says. “It was rewarding to be recognized for the effort all our members put into creating a sustainable, impactful project for the communities we partner with.”

Rosa Reynoso ’20, knew she wanted to focus on the humanitarian side of engineering since arriving at WPI, and felt fortunate that this project allowed her to work with individuals across different disciplines, cultures, and backgrounds. “What amazed me was that regardless of these differences, we all aspired toward the same goal,” she explains. 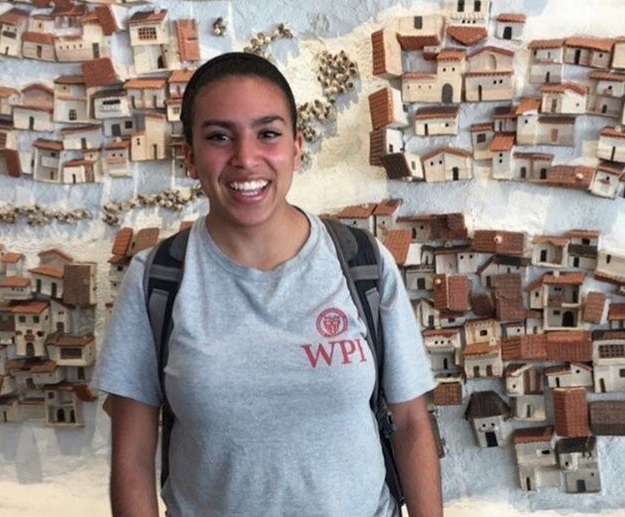 “The true mark of an outstanding project and chapter is shown when local capacity is increased. This was exhibited by the two final [water] systems being built entirely by the community,” explains Becky Neely, communications director of EWB-USA. “The EWB-USA Worcester Polytechnic Institute Chapter students increased access to water and improved residents’ water quality for better health outcomes, changes that have positive impact daily in this community.”

Residents of Guachtuq aren’t the only ones who will be impacted positively, thanks to the work of the WPI-EWB student chapter; Muenchow says that families in the Alta Verapaz region will benefit as well.

“Working on the project team with EWB has easily been the most incredible and rewarding experience I’ve ever had,” she says.

Muenchow, Reynoso, and Ismail have been involved in EWB-USA since they arrived at WPI, and therefore have their share of favorite moments and memories. One that stands out in particular to Reynoso took place during a trip to el Cisne de Conchan, Ecuador, last year to start assessing the feasibility of a new water project. It was simpler than one might expect: she and a few team members tried to calculate the volume of water in one of the sources in the community with nothing but a conversion table from the back of a composition notebook.

“It’s weird, because out of the entire trip, that’s the moment that has stuck out the most,” she says. “Oftentimes I wonder why; we were just scribbling some numbers in a notebook. Nothing too adventurous, no cliff jumping, no eating beetles, just some dimensional analysis. I remember feeling such a special type of happiness in that moment. There I was, using what I learned in class and applying it to actually make a difference.”