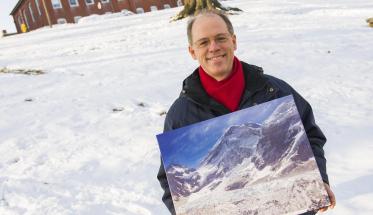 Commercialization of the world’s tallest mountain to be discussed

Regarding his upcoming opportunity to moderate a panel about Mount Everest at the Museum of Science in Boston, Peter Hansen, professor of humanities and arts, said something one might, at first, find surprising, considering his expertise of the world’s highest mountain—he’s never climbed to its 29,029 ft. summit. But, then again, Hansen has good reason.

“I know too much about what could go wrong,” he says. 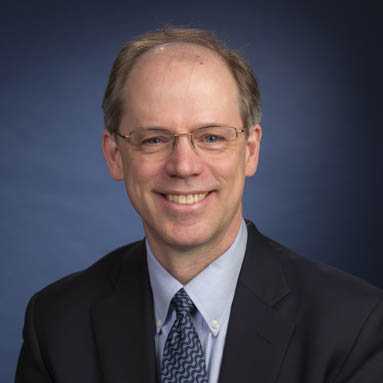 Instead, Hansen, director of international and global studies, has trekked to Everest’s base, hiked extensively since childhood, and explored mountains with words. He has written about mountaineering across the world and is currently writing a book about the commercialization of Mount Everest, which will be the topic of the panel discussion on Feb. 5, “Tales From the Top: A Panel Discussion on The Commercialization of Mount Everest.”

The panel will feature eight-time Everest summit climber Lhakpa Sherpa; Heather Macdonald, assistant professor of psychology at Lesley University, who has participated in seven Himalayan expeditions; and Thom Pollard, Emmy Award–winning mountaineer and documentary filmmaker who, on his first Everest expedition with NOVA and BBC in 1999, filmed the discovery of British pioneering climber George Mallory’s body.

“I was honored and thrilled to be asked by the Museum of Science to moderate the discussion,” Hansen says. “Everest has been a center of ambition for climbers for more than 100 years. It will always have a continued attraction because it’s the highest.”

Everest’s popularity continues to grow with mountaineers. More than 600 people reach it in a typical year now, and climbing routes can be filled with people trying to ascend, the New York Times reported last month. This type of commercialization will be one aspect addressed at the Museum of Science discussion. Hansen wants to talk about why people are motivated to climb Everest in the first place. He also looks forward to a diversity of panel viewpoints regarding commercialization, especially over the past 20 years.

The invitation for Hansen to serve as moderator arose after he mentioned his mountaineering-related research to museum officials, whom he got to know by participating in the Washburn Challenge, a museum fundraiser in which participants climb New Hampshire’s Mount Washington, the highest peak in the Northeast.

The challenge is named after Bradford Washburn, founding director of the Museum of Science and a world-renowned mountaineer. WPI shares a special bond with the museum, as Washburn’s great-grandfather, Charles Washburn, was the twin brother and business partner of Ichabod Washburn, one of the founders of WPI, and his grandfather was a leading figure in the barbed-wire industry in Worcester.

Hansen felt it important to nurture the connection between the museum and the university.

“As a professor at WPI, I support the mission and programs of the museum," he says, "because it plays a critical role with WPI in educating our future leaders and innovators in the arts and humanities, business, and science and technology.”