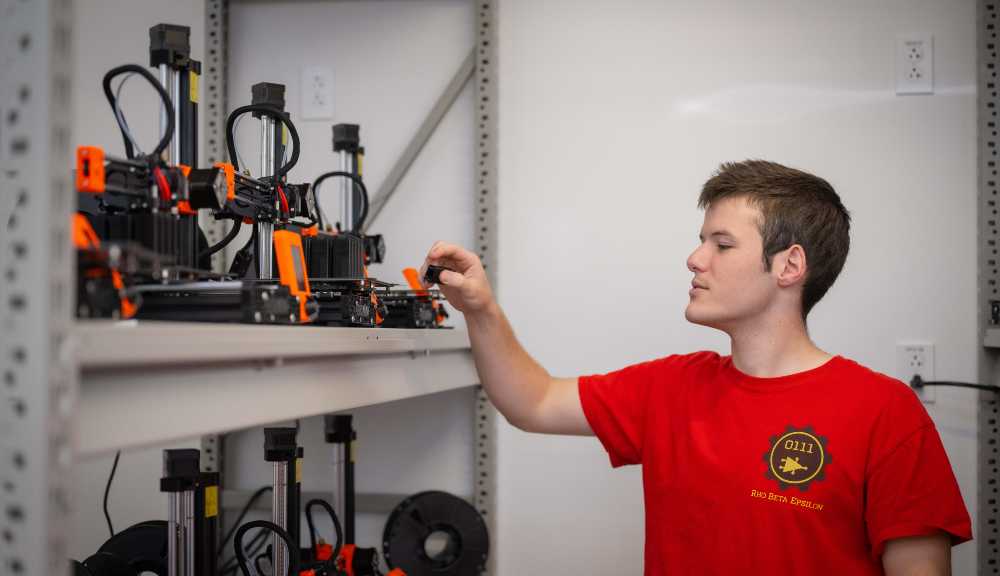 Ezekiel Andreassen ‘22 has been helping to produce the XRP kits.

The diminutive robot being distributed Oct. 13 to an international cadre of high-school level teams competing at the FIRST Global Challenge competition in Geneva is about the size of a box of chocolates; however, its size belies its potential, because packed into its rectangular plastic body are much bigger opportunities.

Simple, affordable, easy to build, and just as programmable as a much more expensive machine, the XRP (Experiential Robotics Platform), developed through a collaboration between WPI and DEKA Research & Development Corp., promises to level the STEM playing field globally and create a future generation of engineers.

“It changes the paradigm for teaching,” said Brad Miller, former director of the WPI Robotics Resource Center and senior fellow for the university’s new Global STEM Education Initiative. “It’s a robot that costs less than a textbook. Potentially every student in a classroom could have one.”

Each of the 185 competing teams at FIRST Global will leave Geneva with the beta version of the XRP kit, which will include access to a WPI-developed curriculum that helps educators build lesson plans around it. Upon their return to their home nations, WPI will provide virtual support for teachers and students in basic robotics education through online courses, and will guide them through the new system, which gives them the ability to scale up using the same hardware with free software updates. Miller said the idea is to use the kits as a way to get high school students around the world interested in STEM. 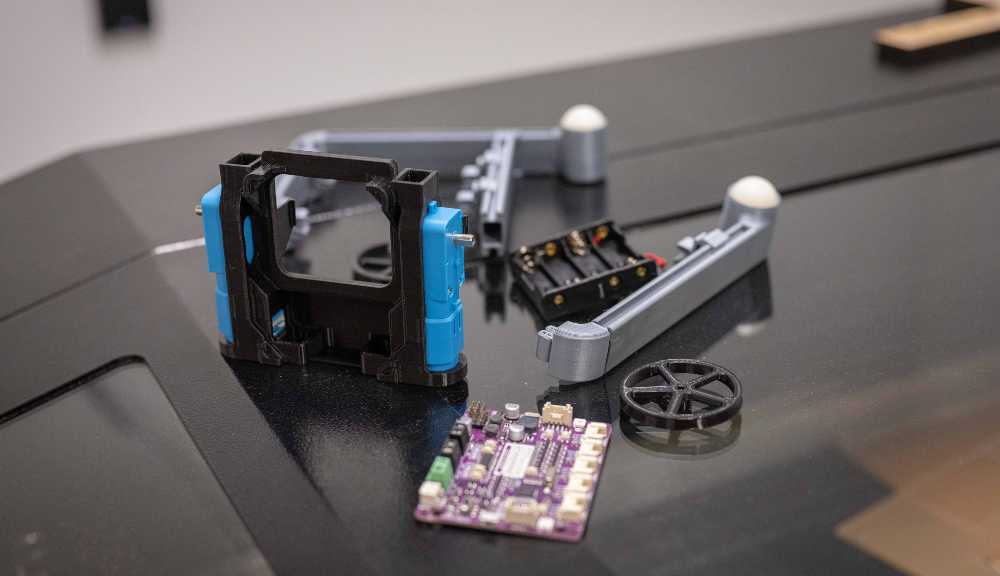 The XRP robot can be assembled in minutes in classrooms around the world. 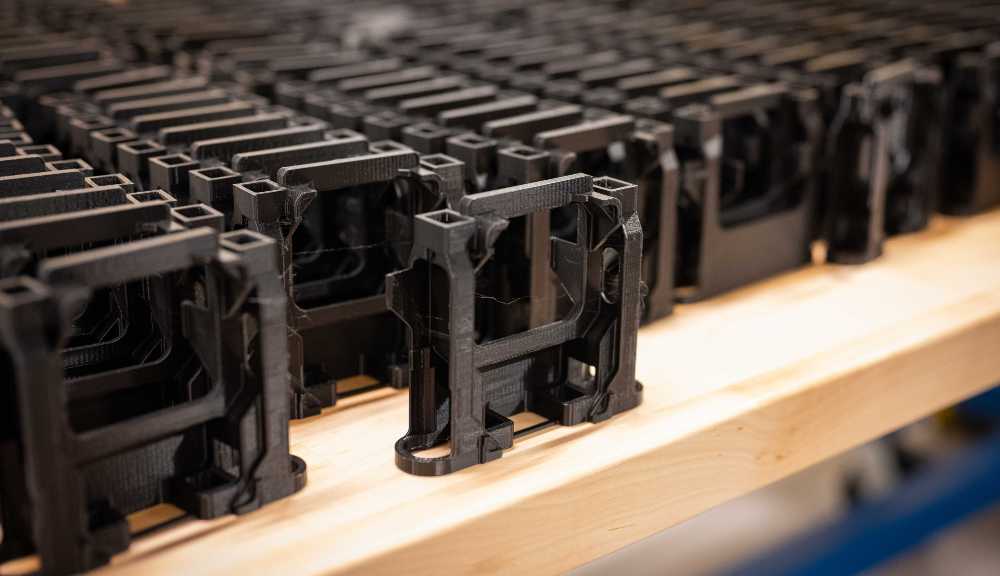 The XRP’s chassis and other parts were 3D printed in WPI’s Unity Hall. 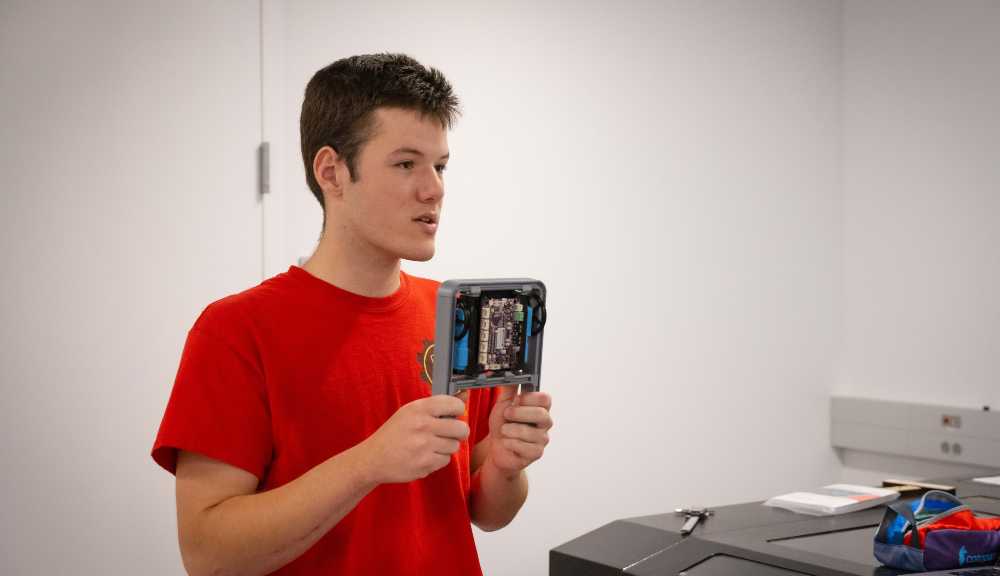 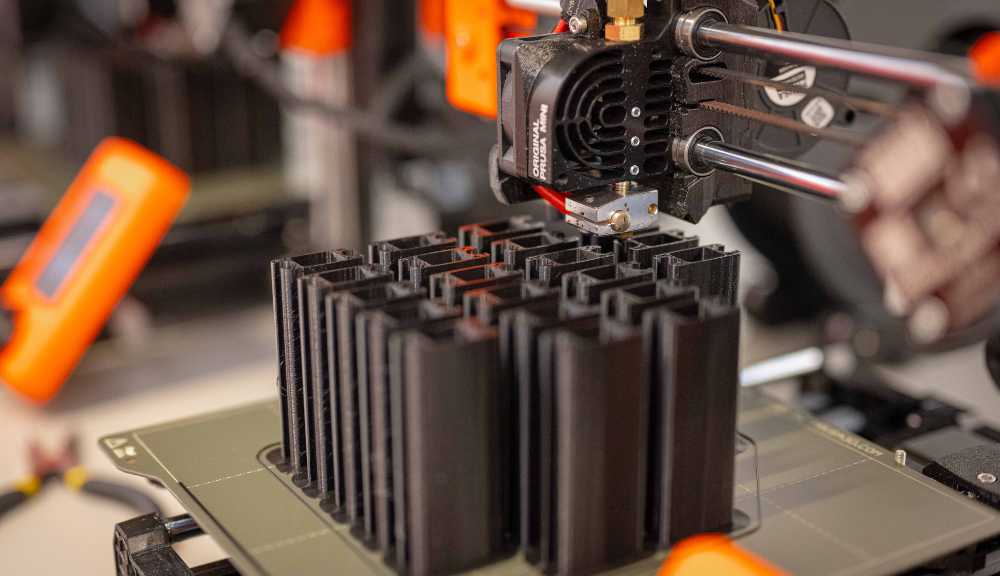 Parts for the XRP beta version were 3D printed in WPI's Unity Hall.

Partially supported by a National Science Foundation grant through the Engineering For Us All (E4USA) organization, the robots are designed to operate autonomously and perform basic tasks. Simple, tool-free assembly allows for just about anyone to be able to quickly build one, and replacement parts can be easily 3-D printed.

The actual idea to distribute an affordable robot kit around the world traces its origins to the early days of the COVID-19 pandemic. When WPI students abruptly switched to remote learning in spring 2020, administrators and professors scrambled to keep students engaged, and robotics students especially needed to continue learning in a hands-on kind of way.  At the same time, FIRST faced a similar problem: how to keep competitive robotics teams working together on various entries.

Miller and David Rogers, chief development officer/ARMI at DEKA, had worked on other projects together, and started a brainstorming group. The goal was to get a small, relatively inexpensive robot into the hands of students wherever they were.

“It changes the paradigm for teaching. It’s a robot that costs less than a textbook. Potentially every student in a classroom could have one.”
-Brad Miller

Eventually, WPI incorporated a commercially available robot kit that students could purchase and build at home into its curriculum. A similar version was then used in FIRST robotics competitions – one that was able to use WPILib software, which WPI created for FIRST in 2009.

DEKA and WPI continued to work together and found that what worked with the pandemic remote learning robot kits might be applicable to DEKA’s work with E4USA and WPI’s effort to increase the global STEM education pipeline. Early conversations turned into design work by industrial designer Jason Perkail, and eventually led to the beta version of the XRP kit that is being distributed at FIRST Global this week.

Ezekiel “Zeke” Andreassen, who graduated from WPI in May 2022, is an engineering contractor for DEKA who has been helping with the design and manufacturing of the robot kits.

In a lab in WPI’s Unity Hall on a recent morning, 3-D printers hummed in a small room, building wheels and rectangular plastic pieces for the kit. With some clicking and snapping, Andreassen was able to casually disassemble a nearly finished XRP robot as he talked. He said he was happy to be able to refine the design to the point where only a single screw needed to be torqued to complete the kit, but he still seemed to hold out hope he would be able to figure out how to completely rid the kit of anything requiring even a simple tool to assemble.

He said the robots will be able to navigate on their own, sense distance, and manipulate their environment. They can operate off the same software as more robustly funded educational programs and competitive teams, which immediately makes the playing field more level.  And the common programming language used in the XRP kits will allow students to easily transition to more complicated projects.

“An encoded motor is an encoded motor,” Andreassen said. “A student with a baseline kit here will have the same kit as somebody putting in complicated code all the way on the other side of the world.”

The Road to Geneva

WPI is in Geneva, Switzerland October 13-16, 2022 for the FIRST Global Challenge and XPrize ESG Leadership Summit. During the challenge, WPI will unveil the XRP described above to give students around the world hands-on access to robotics education and initiatives. Read about how and why in the stories below.