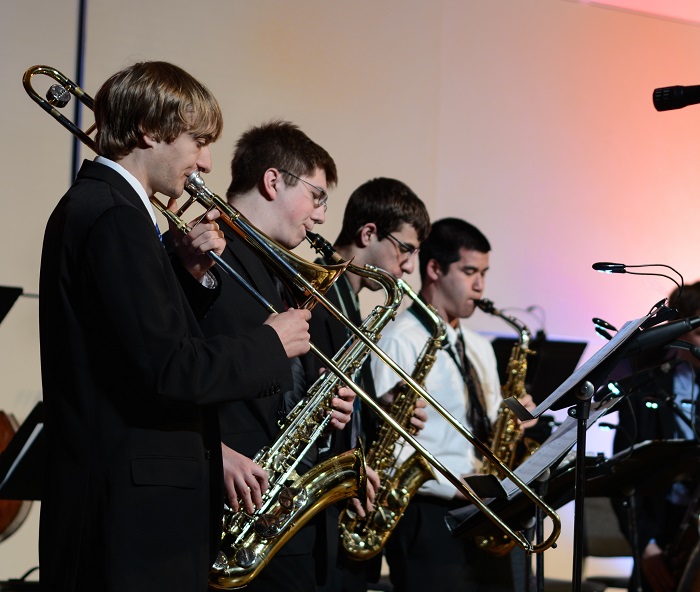 The WPI Stage Band will perform on Friday
at 11 a.m. at the Fountain Stage at the
Campus Center as part of Homecoming
Weekend.

From the unveiling of Gompei’s Autobiography to the Athletic Hall of Fame inductions, this year’s Homecoming Weekend Schedule offers a parade of sensational activities. The 2014 edition of this annual celebration marks the 20th anniversary of the WPI Stage Band’s participation in the event.

For band director Rich Falco, who has been there from the beginning, it’s a time to both celebrate and welcome home the flock. “I love Homecoming when the jazz alumni stop by,” he says. “I’m always excited to learn of the newest twists and turns of their careers and personal lives. Seeing their children, hearing about their current music making, and enjoying some one-on-one time with alumni is one of the high points of my year.”

Falco calls the event a “jazz homecoming.” It not only gives him an opportunity to re-connect, it also presents a chance for new students to meet graduates.

“Homecoming was always a fun weekend being in the Stage Band,” says Mike Burns. “As a recent graduate, I’m really looking forward to going back to campus and hearing the Stage Band. Homecoming is an excellent opportunity for alums to gather together to remember our time at WPI and to see the students who are still enjoying their time on campus.”

Where: The Fountain Stage at the Campus Center 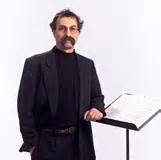 When asked about his role in the band, Paul Johnston says, “I play lead alto sax for most of the charts, and I try to relay whatever vibe the tune is giving to the rest of my section. I also find my role important because I find it critical for the lead alto, trombone, and trumpet to be in sync in order for the rest of the band to be tight.”

Johnston says Homecoming has a special significance because “no other performance that we play has more of our peers listening. For every performance, the band members are excited to play our vast repertoire of music for the audience. I have always enjoyed Stage Band because of the vast genre of tunes we play, which include swing, Latin, and rock grooves.”

Homecoming at WPI continues to be a popular tradition. The jazz homecoming is no different. It is now something with yearlong import. Three years ago, former students formed the WPI Jazz Alumni Ensemble, which now has more than 150 members.

Jeff Peters is from the class of 2014. “With regards to the jazz program, I am excited to see that the stage band is still alive and well,” he says. “As many of my fellow jazz alums would agree, the WPI JazzGroup [jazz studies program] gave me musical opportunities I never thought I would have at a technological school. I look forward to working with the other jazz alumni to give back to the program and to keep our own playing continuing long after our time at WPI.”