It is one of the few concerts on the academic calendar in which all of the large WPI music ensembles will participate. It happens this weekend, Parents Weekend. Circle the date. 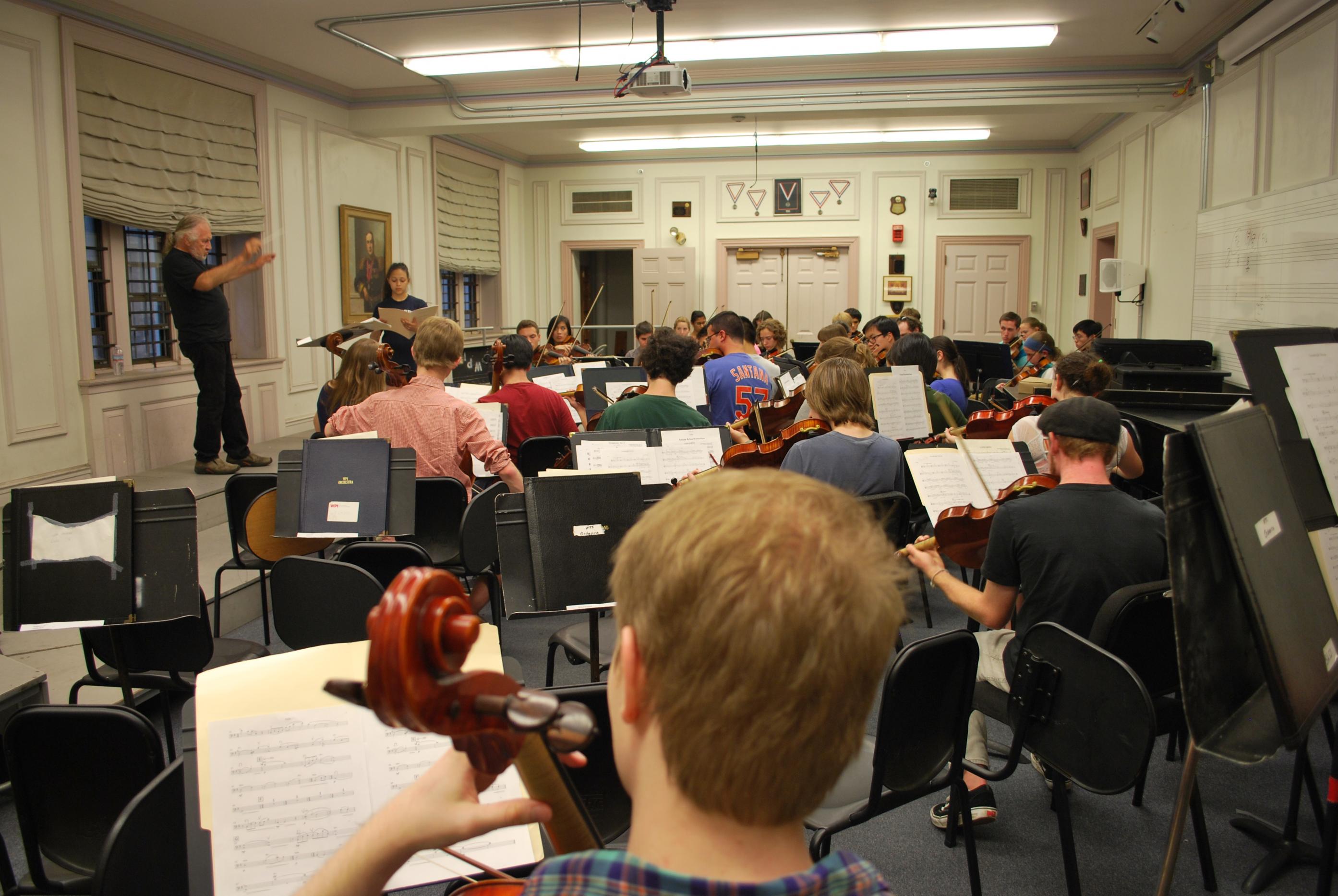 Literally hundreds of students, from four ensembles, will take the stage for this celebratory greeting. The concert program should prove to be both ambitiously challenging for the performers and gratifying for the listening audience.

Here’s a breakdown of the program and its principals: The WPI Orchestra, under the direction of Professor Douglas Weeks and assistant director Lynne Canavan, present three selections in their repertoire, Vivaldi’s Concerto for Two Piccolo Trumpets and Strings with soloists John Mastroianni and Stephanie Chin, Goodnight Moon by Eric Whitacre with soloist Briana Huie, and the Aram Khatchaturian crowd-pleaser Sabre Dance.

When asked what he considers when organizing such a program, Weeks said, “Generally, in selecting programs at the university level, one considers audience appeal. Is it something they will enjoy? Student appeal—is it something challenging, but still enjoyable to work on? It is important that the music is of high quality and of educational value befitting of a university? Does the entire program have a variety of styles?”

The Concert Band is also under the direction of Weeks; Samantha McGill is the assistant director. Its segment includes Into the Storm by Robert Smith and Clarinet Candy by Leroy Anderson, with soloists Brett Ammeson, Laura Wong, and Cara DiIorio. Also in this section will be Fantasia on Black is the Color of My True Love’s Hair by Mark Camphouse and Mambo from West Side Story by Leonard Bernstein.

Like the orchestra’s program, Weeks notes that the Concert Band selections will present a variety of styles, “while at the same time offering high quality music for winds, brass, and percussion. The Bernstein Mambobeing an American classic,” he said. 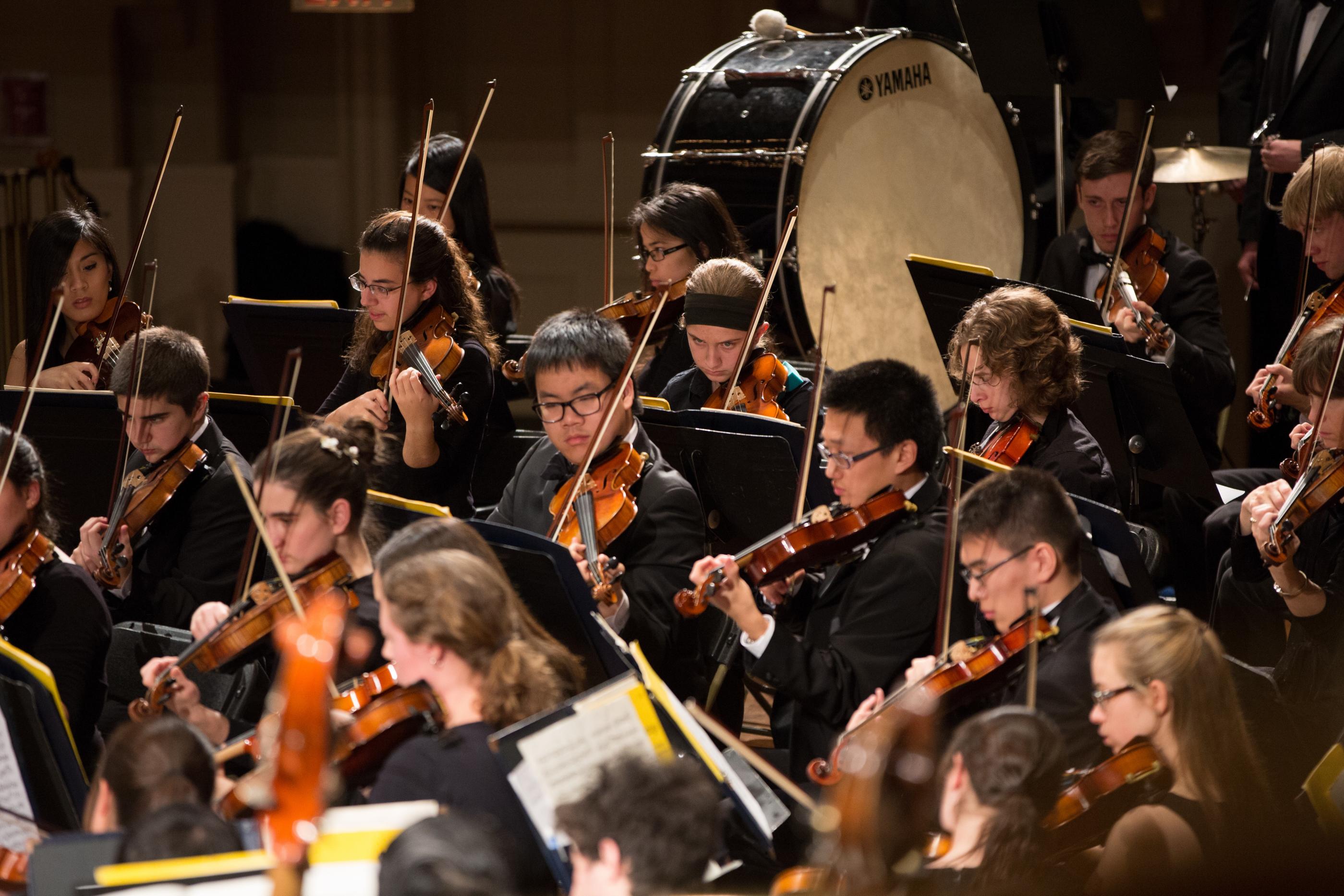 The WPI Stage Band is under the direction of Rich Falco, who says that the group will present three selections, “pieces that are contemporary compositions of varying styles. It will feature both improvising soloists and big band ensemble full sections.”

The works include Chrysalis by Tom Davis. “This is essentially a jazz tone poem where it is descriptive of a butterfly emerging from its cocoon,” Falco says. “It’s a great metaphor for our freshmen. We want to dedicate the piece to them.”

The group also performs I Be Serious ‘Bout Dem Blues by John Clayton. “This tune is an opportunity to showcase our improvisers,” he says. “Some are brand new to the band. It’s our way to welcome them.”.

The third is Michaelangelo by Astor Piazzolla. “Recently,” Falco says, “Piazzolla’s music has become popular with jazz artists. He is a tango composer and much of his composition lends itself to big band interpretation. “

The Festival Chorus is under the direction of John Delorey. He is aided by student conductors Sarah Roth and Nicolas Hewgley. Pianist Andrew Strout is the group’s accompanist. In their section they will perform To My Old Brown Earth by Pete Seeger, The Long Day Closes by Sir Arthur Sullivan, and two pieces by Paul Halley, Sound Over All Waters and Ubi Caritas.

Of particular note, Sound Over All Water was written in dedication to Coretta Scott King, and was sung in her honor on the occasion of her preaching at the Cathedral of St. John the Divine in New York City, where Halley was organist and choirmaster. He says, “Mrs. King’s steadfast vision and hope embody John Greenleaf Whittier’s words: ‘The dark night is ending and dawn has begun.’ ”

All in all, here is a concert that should make this annual Parents Weekend one memorable occasion. Don’t forget to tell Mom and Dad.