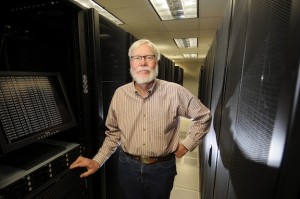 As technology advances, people tend to take for granted all of the tools at their disposal, the power of these capabilities, and how these instruments came into existence. Allan Johannesen ’68 was the catalyst for WPI’s computing evolution, and made a career ensuring that the campus had cutting-edge technology. Johannesen recently announced he would be retiring at the end of June, capping off 42 years of service and a lifelong commitment to the institution.

“I liked mentoring students, and helping the professors when they called or needed help,” Johannesen says. “I like the consulting part of the job the most. I really enjoyed my time here, and I hope I’ve been useful to the organization.”

Johannesen spearheaded the evolution of WPI’s information technology department. He set up the first network for the school, played an integral role in the current network’s creation, and also got the institution on the Internet. Securing the popular wpi.edu domain name is another feather in his cap, as well as the creation of numerous web applications.

“Everybody who knows him, knows that Al is a computing genius and virtuoso performer,” says Professor David Cyganski ’75. “Back in the time when the idea of a computer network was a foreign idea, it was Al who set up the first low-speed network on campus. It was marvelous and remarkable that such a thing existed at that time.”

It was a humble technological operation in the beginning of Johannesen’s career, as gargantuan computers took up an entire room. The office began as the Worcester Area College Computation Center (known on campus as WACCC), serving other Worcester colleges in addition to WPI, and evolved into the modern Information Technology Department. 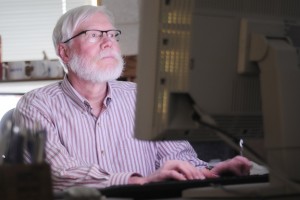 “The office has changed a lot,” Johannesen says. “I used to create individual logins, then later on it was self-service on the web. We had rooms full of giant computers, that cost hundreds of thousands of dollars—of course, now an iPhone is hundreds of times more powerful than that room full of computers in the old days.”

Colleagues describe Johannesen as an innovator, with the technical expertise to create complex new capabilities for the Institute. Oftentimes he achieved these endeavors with significantly less man power than peers.

“If somebody thought of a capability that was very good for us to have,” Cyganski says, “he would take on the project (individually), which for another institution would involve a team of people and a year. He would set up late a couple of nights, and hack it out… and get us doing something that we previously had no capability of doing.”

Technology is not the only aspect that evolved, as Johannesen witnessed the professionalization of the office. He was essentially the only staff member in the early years, and relied on student workers to help the office function effectively. Although Johannesen notes the improvements in tasks and performance from a professional staff, he does miss the days of mentoring students at the school.

“We did programming with the students, and modified…the system,” Johannesen says. “We really dove in and did some serious work. The students were doing a lot of work themselves and they really appreciated that, and thought it was a rewarding experience. Some of these kids were stunningly brilliant.”

Johannesen’s first experience with a computer came in 1964, his freshman year at WPI. After hours in the computer center on a voluntary basis, his persistence paid off when staff hired him as the first undergraduate employee of the center. Although his academic track was in mechanical engineering, the opportunity shifted his trajectory, launching a career in computer science.

A retirement reception is planned for Al Johannesen on June 18, 4–6pm, in Higgins House Great Hall.