As WPI’s new Title IX coordinator, John Stewart says the biggest hurdle of his new role has nothing to do with his responsibilities. It’s all in the simple fact that he’s a male in a role that is frequently held by women.

But that doesn’t deter Stewart—it only makes him work harder to show the WPI community that he’s approachable. “I am a human being, and my goal is to help other human beings who need assistance to get through a difficult time,” he says. “I have an open-door policy. If a student, faculty member, or staff member comes to my office with a Title IX question, I will drop what I am doing and assist. That person takes priority. If someone emails me a Title IX question, I know that the person who emailed me may not be able to move forward until they receive an answer, so I will attempt to answer that question as quickly as possible."

Title IX Is About Equity

Although Title IX was founded on the principles of gender equity as it related to university sports, it’s now primarily known for its laws and protections around sexual harassment and sexual assault. Stewart’s primary mission is to make sure students, faculty, and staff identify him as a trusted resource who will help them navigate through their options. “I can say all the things in the world, but I have to earn people’s trust,” he says. “I have to get out and talk with people.”

While his responsibilities run the gamut of a crisis situation, each incident is equally important. “A crisis is anything that happens to you that overloads your coping mechanisms,” he says. “Each person has different coping mechanisms so a crisis to one person may not be a crisis to another. The information I provide to the person will help them move away from the crisis and back to a sense of normalcy.” His own perspective comes from his personal beliefs. “Whether it’s police work or this work, it all goes back to my core values,” he says. “We are all put on this earth to help each other. If you can make someone’s life a little better, that’s what it’s all about.”

Stewart wants to be perfectly clear on a few things. “I am not a judge, not a jury, and I don’t have the final say,” he says. When a student in crisis first comes to him, his most important task is to make sure the student is safe and their well-being is taken care of. Then he presents all the options, services, and resources that are available to them.

“They are driving the bus on what they do,” he says. “I would never infringe on someone’s decision. We have lots of different options available at WPI. That first meeting is only about giving information and providing services and resources they might need. You can’t make a good decision without enough information, so we give them that information.” 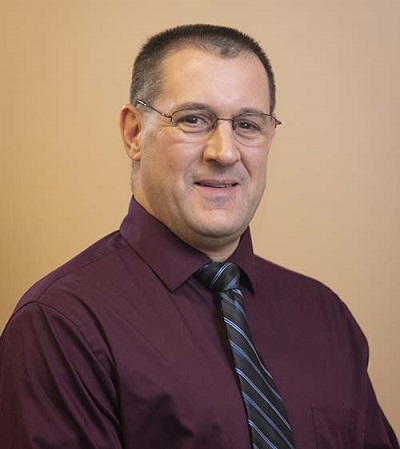 Some students may be fearful to report situations because they are underage and had consumed alcoholic beverages. Whether or not an underage student was drinking is not going to change the assistance Stewart offers, nor will there be judicial consequences related to drug and/or alcohol use. His role is not to discipline; it is to help. If someone comes to him with an accusation against them, Stewart is going to make sure they get the help they need, just as he would for someone reporting an assault.

With more than 20 years as a police officer with a niche in community policing (in Keene, NH), Stewart knows that a strong and supported community functions better. From creating programs that helped elderly residents, to DARE programs in the schools, to working as the police liaison with the local college, Stewart preferred an approach that was personal, direct, proactive, and effective.

So effective were his programs that he was invited to speak about elder abuse at the nation’s capital. Calls to the Keene police about student disruption and disturbing the peace dropped by 26 percent in the first semester and 50 percent the following semester after Stewart implemented a new approach that built relationships with the students and gave them the tools to do things like keep parties from ballooning out of control. “I have two college-age boys and a daughter in high school,” he says. “I always think about how I would want them to be treated by a police officer. How would I want to be treated?”

With this background in community policing and crisis intervention, and as the Title IX investigator at Colby-Sawyer College, Stewart sees Title IX from several angles. “Title IX violations are a symptom of a greater problem,” he says, noting that he sees a shift coming. “Back in the day, it was called a college campus, then it was called a college community. Now we are on the cusp of the evolution of the college family. And there’s an underlying foundation of respect for family. Now when someone comes to WPI, they are part of our family and that’s a great perspective to have.” Stewart says people are often willing to help out other community members, but in a different way and with a different level of obligation they would give to a family member. With this shift, helping someone in need becomes more automatic, more of a personal responsibility, he says, and that’s only going to improve university environments.

Stewart, who has also served as an adjunct lecturer with the Community College System of New Hampshire, says he believes education around Title IX, respect, equity, and violence prevention is most effective when it becomes part of the conversation. Training needs to be ongoing so it becomes “muscle memory,” but varied enough to remain fresh.

“I am truly blessed,” he says of his new role at WPI. “It’s the job of all jobs. I get to help people and there’s the creative side of developing programs with the common goal. Title IX still comes down to being about equity. It’s about making sure we treat people fairly.”

Stewart also welcomes visitors in his office (Rubin Campus Center, Room 234). “I’m right down the hall from the ATM," he says, "first door on the right after the computer stations.”