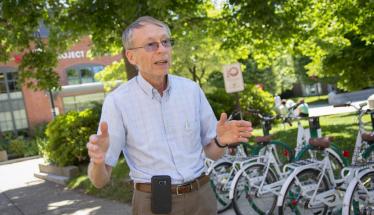 John Orr Named Fellow of Accreditation Board for Engineering and Technology

For the third time in his long and distinguished career, professor emeritus of electrical and computer engineering and former WPI provost John A. Orr has been honored by being named a fellow, a distinction he considers humbling.

“Of course it’s an honor,” he says. “It’s a recognition of the breadth and depth of the work that has been done. It’s personally satisfying to have your peers recognize that what you’ve been doing has some significance.”

Orr, who served as WPI’s dean of undergraduate students from 2006 to 2008 and as provost for the following two years, said such distinctions also highlight the nationwide leadership of the WPI’s faculty. 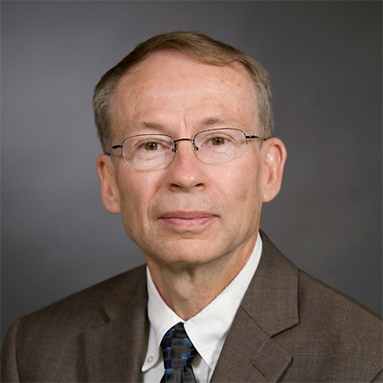 His research has focused on several aspects of communications and digital signal processing, including applications to the smart grid and power quality.

His other professional interests are in the areas of engineering education and sustainability.

Orr is now WPI’s director of sustainability. In his current position, he says he will continue the academic accreditation work he has been doing for several years.

He will lead teams from ABET to evaluate engineering programs around the globe in all aspects of accreditation. The non-profit, non-government organization provides voluntary accreditation to more than 3,700 programs at more than 750 colleges and universities.

“Professional-level accreditation is voluntary on the part of the institutions,” Orr points out, “and it is gratifying that almost universally in the U.S., and increasingly around the globe, ABET accreditation is sought after and highly valued.”

It’s also a hot topic in academia, where a debate rages about quality versus cost. It’s something he says he has experienced from both sides, as a department head, dean, and as provost.

And with more than four decades in academia, Orr has had a front-row seat for a shift in educational philosophy to outcomes-based education.

Orr emphasizes that, “It’s essential to determine what students can actually do at the end of their educations, not just what courses they have taken.”  At WPI, Orr says that there is a unique balance between the faculty’s commitment to impacting the world’s knowledge through research and their commitment to impacting the future contributions of their students through outcomes-based educational experiences.

“I’m proud to be a part of the close relationships among the faculty and students,” he says.  This atmosphere is what first attracted Orr to WPI back in 1977.

“I’m reasonably sure that I had never heard of WPI when I was finishing up my PhD and looking for a faculty position,” he says with a chuckle. But, he saw an advertisement for an assistant professor position, came for a visit, and never looked back.

“It was the people here that led me to the conclusion that this is where I’d want to work, and that these were the people I’d want to work with. And that has been the case for 40 years,” he says.  One person in particular was William Grogan, who had helped launch the WPI Plan of project-based learning just seven years before Orr arrived in Worcester.

“That really demonstrated a commitment to move WPI from being a good, but conventional, engineering college, to what it is today,” he says.

When he started, WPI was alone in its approach to giving students more responsibility for their education and its focus on outcomes rather than credit hours, he recalls.

“We’ve done a superb job,” he says. “Now, the world has learned that that’s the way to do it.”

In his time as a professor, Orr has seen the undergraduate engineering degree change from being sufficient for a productive engineering career to becoming “just a base,” with some form of graduate work becoming almost essential. And, he notes that WPI has recognized and taken a leading role in that change with its expanding on-line and face-to-face graduate programs.

“The changes have been dramatic,” he says, noting that when he started, computers were the size of rooms. “The advances over my career in communications and computation have been absolutely breathtaking, and it’s not going to stop. Autonomous vehicles, biomedical engineering of living tissue, artificial intelligence and all the ethical considerations. … It’s incredible and exciting.”