Looking Back: Goats of the Week

Photographers, theatre producers, researchers, admissions representatives…these are just a few of the members of the Class of 2020 who were recognized throughout the year as #GoatsoftheWeek on the university’s social media channels. 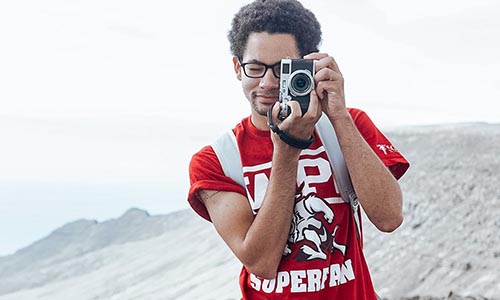 We all know a picture’s worth 1,000 words, which means Jacob Dupuis ’20, may as well have written a novel (or three) during his time at WPI. As a digital asset assistant/photographer in Marketing Communications (and a management engineering major), he’s responsible for many of the photos posted on WPI’s website and social media. He just finished up work on his MQP, where he focused on developing a marketing plan for a manufacturing consultant to attract SME medical device manufacturers, and will soon begin working as a marketing specialist at Tulip, a manufacturing software startup in Somerville, MA. While we’ll miss seeing WPI through his lens, we can’t wait to see the art and tech he’ll add to the world. 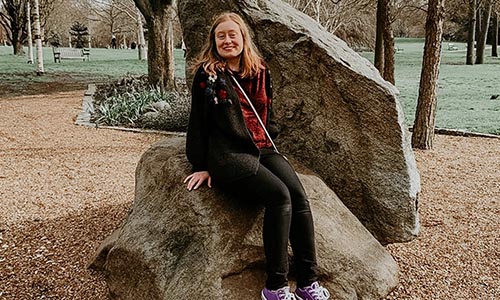 In addition to her work as a computer science major and theatre minor, Kyra was involved in all the theatre organizations on campus, serving as VOX president, producer for the production of Mamma Mia, and director for the production of Carrie. On top of working two jobs (a drama/theatre PLA and Trivia Quizmaster at the Goat’s Head), she was also a member of three campus honor societies--AYO (national dramatic honor fraternity), UPE (computer science honor society), and ODK (national leadership honor society.) and recently finished up her MQP, which involved the design and implementation of a user-friendly graphic interface for researchers of Brain-Computer Interactions to use to analyze functional near-infrared spectroscopy (fNIRS) data. While she’ll be heading to Boston to begin working as an associate software engineer at John Hancock in June, that doesn’t mean her time in Worcester has come to an end—she’s already got plans to return to WPI and help out with AYO’s 24-Hour Show.

Mechanical engineering student Daniel Ruiz Cadalso ’20 is currently working on a project involving the design and rapid prototyping of fiber optic-based micro-force sensors. He’ll be continuing on at WPI to pursue his PhD and is focused on becoming an expert in holography and optical metrology, with plans to one day bring this technology to his home of Puerto Rico. 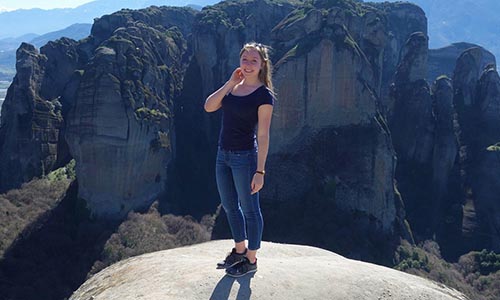 Chemical engineer, WPI enthusiast, vegan baker extraordinaire—Sara Fitzpatrick ’20 does it all. On top of sharing stories about her time at WPI with newly accepted students as part of the Virtual Accepted Student Experience, this chemical engineering major is a member of the Honor Society of Chemical Engineers and the student chapter of the American Institute of Chemical Engineers (AIChE), with past leadership roles in Rotaract and LaunchPad, as well as the tennis club. Once she’s finished up her MQP and GQP, where she’s researching how to improve the safety and efficiency of lithium ion batteries, she’s looking forward to moving to Kingsport, Tennessee, where she’ll be working as a chemical engineer for Eastman Chemical Company.