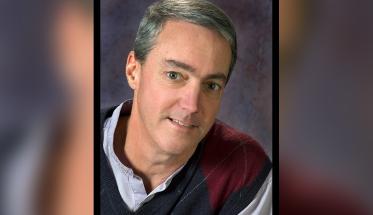 Looking at Business Organization in a New Way

There are many advantages to being a career changer.

When it comes to areas of expertise, one seemingly unrelated subject can lend insight into another, even on topics people think they know inside out—such as playwriting as a means of understanding organizational management.

For Steve Taylor, studying performing arts—earning a master’s at Emerson College and then a PhD in organizational management at Boston College—has paid off. His new book, Staging Organization: Plays as Critical Commentaries on Workplace Life, is due out in early November as part of the Palgrave Macmillan Studies in the Business, Arts, and Humanities series. Taylor heads WPI’s Entrepreneurship, Marketing, and Management area.

The idea that managing organizations is as much an art as a science is not a new one. Taylor says that research on links between the arts and business really has not been cohesive to date, but more fragmented across topics like entrepreneurism and leadership. “This series is the first of its kind to bring these streams together and provides a go-to resource on arts, humanities, and business for emerging scholars and established academics alike,” he says in the book’s introduction.

“The best thing about theatre is that it works in different ways.” -Steve Taylor

Taylor, an Ohio native, is a longtime playwright, with his works performed internationally. He had already written the plays that comprise the book, he says, when, over dinner, a colleague at a management conference in Europe suggested he publish a book of plays.

“I thought about it, and got a publisher to sign off on it,” he recalls. Friend, colleague, and Staging Organization series editor Samantha Warren, a professor at Cardiff University in Wales, suggested that each play have an introduction and commentary as they relate to organizational management, thus uniting the plays and making the book more engaging to an academic publisher.

“Business has a lot to learn from the arts, much more than arts has to learn from business,” says Taylor. “An artist can make seen what previously hasn’t been seen,” and help offer information about the “irrational world we are in,” which often has refined nuances, he points out. “The social world is more complex, it’s more difficult to get a handle on what’s happening.” 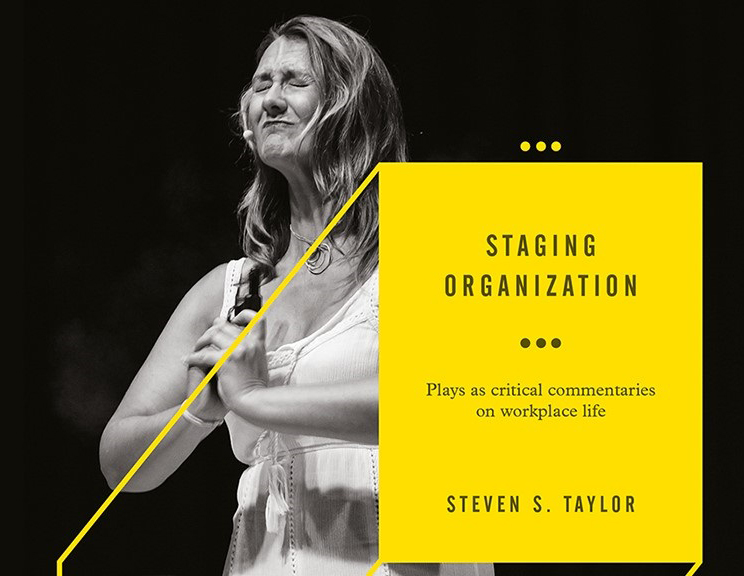 The cover of Taylor's new book.

Taylor uses the play Hamlet as an example.

“We see Hamlet’s indecision, juggling with doing the right thing versus plotting revenge. … It shows something about the human condition,” where not everything is logical and black and white, he says.

The book itself consists of eight plays with introductions, with various contributors providing commentary for each.

For example, “Age of Loneliness” takes a look at how a post-growth economy works.

“We can’t have unlimited growth, but what happens when that stops?” Taylor posits. “It raises issues people haven’t seen, and tries to makes the previously unseen seen. In the play, Kapital is a character who is addicted to growth. Art helps us see things in a new way.” It does this by communicating, not in a language of technical rationality, he says, but in a more holistic, complex way.

Taylor says that after the book’s release, he will continue to write plays and stage amateur performances at various academic conferences he attends in the U.S. and the U.K., offering that alternate view to the world of business.

“The best thing about theatre,” he says, “is that it works in different ways.”