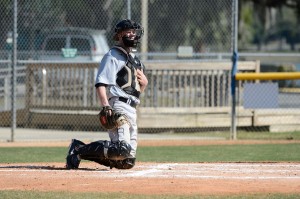 Getting into the starting pitching rotation is every collegiate pitcher’s dream. WPI senior Shane Sampson reached that pinnacle as a junior, but shortly after suffered every pitcher’s worst nightmare, when a potential career-ending injury thwarted his ability to take command of the mound.

But Sampson’s determination and ability to play through the pain allowed him to continue playing for the Engineers, and in his final collegiate game on April 24 he achieved something that likely no other WPI player has ever accomplished. Sampson played all nine field positions against Nichols, a perfect tribute to a stellar collegiate career and lifetime of baseball.

“In the last practice of the season, Coach (Mike) Callahan said he was thinking about playing me at all nine positions,” Sampson says. “It was a nice sign of respect, because he knew I had the ability. He was going to give me a shot to do it, and, to be honest, I had never heard of that happening before.”

The best way to grasp the gravity of the decision is to look back at Sampson’s road to his senior year. He started his career as a relief pitcher for the Engineers, before moving to catcher halfway through his sophomore year. In his junior year he got the decision he was waiting for when the coaching staff put him in the role of starting pitcher. Sampson started a pair of games during the team’s Florida trip—but then the unthinkable happened in his first game back in the Northeast.

“I heard a pop and had some severe pain in my elbow,” Sampson says. “The doctor…looked at the MRI and said I tore my UCL, which requires Tommy John surgery. He said the surgery would require a 12- to 16-month recovery before I could even start throwing again.” 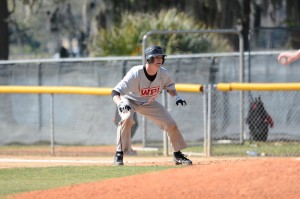 The timetable on the surgery meant never playing collegiate baseball again, and Sampson opted to forego surgery and play through thepain. The remainder of his junior year saw a limited role, but he was still able to pinch hit and demonstrate leadership as a team captain.

Going into his senior year, Sampson continued to play, getting physical therapy to help strengthen his arm. The strategy worked. He assumed the starting catcher role and, despite some nagging pain, he was able to effectively execute his responsibilities, including throwing runners out at second.

“There was some pain at some times,” Sampson says, “but I just fought through it. I ended up being able to catch the entire year.”

In the final game of Sampson’s WPI career, the coaching staff opted for an unprecedented goal. With the Engineers out of postseason contention, the staff thought it would be a fitting tribute to have him play all nine positions, one each inning. He started as catcher to begin, moving to first base, and then around the infield, before making the jump to left field and the other outfield positions. Most fittingly, Sampson took to the bump in the ninth inning, closing his career as pitcher, where one year before it had almost ended.

“It was nice to get back on the mound at the end of the game,” Sampson says. “That’s where I feel the most comfortable. It was nice place to end my career.”

Sampson hit .274 in his senior year, with 17 RBI in 36 starts. He chose WPI over Division 2 schools because of its academic quality and reputation.

This past Saturday Sampson graduated with a BS in civil engineering; he’ll be working full-time with Suffolk Construction of Boston as a field engineer and project manager.