WPI and Mass Academy of Math and Science are well represented at this month’s joint meeting of the American Association of the Advancement of Science (AAAS) and the American Junior Academy of Science (AJAS). At the “Innovations, Information, and Imaging” themed meeting in San Jose, Calif., biology and biotechnology professor Pamela Weathers and Mass Academy senior Chandler Friend were both honored for their research accomplishments. 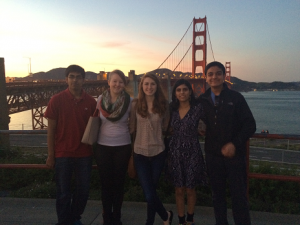 Friend was inducted as a new member of the AJAS, America’s only honor research society for high school students. She is one of nine students representing Massachusetts, five of whom are also Mass Academy students. Weathers will be inducted as a fellow in the AAAS for her accumulated body of work as a scientist. According to AJAS director Lee Brogie, 138 students representing 22 state science academies were inducted.

The honor is appreciated by both Friend and Weathers. They were not only looking forward to meeting up with each other in California, but also to have the opportunity to talk shop with other scientists.

“I’m really hoping to talk to other students and other professors and not just about my research but about theirs,” said Friend prior to the event. “There’s so much going on in science now.”

Friend’s research (officially titled “The Allelopathic Effects of C. orbiculatusand F. japonica on Germination”) looks into the deadly effects of invasive plants and was originally completed as a project for Mass Academy’s science fair. Her project progressed as she continued to place in regional and then the state science fair. Her efforts center on her interest in the beautiful but deadly invasive bittersweet plant. “I live in Worcester and spend lots of time at Mass Audubon,” said Friend. “They have a huge bittersweet population that’s destroying the native plant population there.” Friend wondered why simply dumping the pulled and dead plants could continue to negatively impact the growth of other plants.

While looking for a faculty sponsor for her project last year, Friend approached Weathers because her research closely matched Friend’s efforts. They both share a mutual love of plants and a passion for research.

“She had a cool project with interesting ideas and she has interesting results,” said Weathers. Friend worked alongside WPI students to use the screening and profiling methods they use for analyzing results after extracting and concentrating materials. Weathers acted as her mentor and advisor through each step of the process.

AJAS nominees are selected based on their performance at local, regional, and then state science fairs. Working in conjunction with its parent organization, the National Association of the Academies of Science, AJAS supports young scientists. According to an AJAS briefing, “The AJAS mission is to introduce, encourage and accelerate pre-college students into the social, cultural, intellectual, and professional world of science, technology, engineering, and mathematics.” 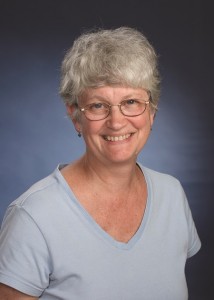 Castellani, who researched using milkweed fibers to absorb engine oil leaks on recreational boats, said the honor is exciting. “No one ever does something with milkweed,” she said of her research. And trying to fix a problem that dumps 500 tons of oil into waterways is a problem she wants to have a hand in fixing, she added.

With five of the nine total students who are representing Massachusetts hailing from Mass Academy, Barney said the positive academic impact when students conduct research and follow their interests at Mass Academy and WPI is undeniable. “Every time someone asks what makes our school different, this is it,” said Barney.

While Barney said the partnerships with WPI, Mass Academy teachers, and outside mentors are invaluable, the students’ enthusiasm makes it all come together. “I am proud of them,” he said.

Weathers was nominated to become a lifetime AAAS fellow by two current fellows. According to the AAAS website, fellows are nominated by other members for “their contributions to innovation, education, and scientific leadership.” She is pleased with the honor and is looking forward to meeting and networking with other scientists at the meeting (not to mention the sunnier San Jose weather).

“We all need role models,” said Weathers of the WPI/Mass Academy partnership. Working alongside others and being mentored by people who are doing what you want to do allows students to see themselves differently and in a positive light, she said. And faculty are energized by the creative research and solutions students present.

Friend plans to enter WPI this fall as a biotech major and has her sights set on a doctorate in the field of botany where she can continue to investigate why invasive species are so successful.