Composer Will Todd to conduct master class, rehearsal for Mass in Blue 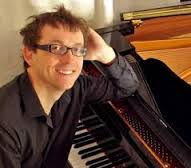 Talk about hands-on learning, check this out: Will Todd, the celebrated British composer of such critically acclaimed work as The Call of Wisdom, appears on campus for a master class in preparation for the Central New England premiere of his Mass in Blue.

Perhaps best known for choral works, Todd has received praise for what has been described as “jazz crossover” compositions. His pieces have been performed all over the world, most notably at President Obama’s second inauguration ceremony in 2013.

Todd began playing the piano at the age of three and composing at seven. The Call of Wisdom was commissioned by St. Paul’s Cathedral for its Diamond Jubilee Thanksgiving Service in June 2012. He has also written a large body of smaller-scale choral works, including many liturgical and anthem settings. Notable examples include Among Angels and Stay with Me, Lord, commissioned by the BBC Singers. His opera, The Blackened Man, won second prize in the International Verdi Opera Competition 2002. See willtodd.com.

Who: Composer Will Todd, the WPI Stage Band & Master Singers of Worcester

Cost: Free and open to all

Mass is Blue, Op. 28, was composed in 2003 and has been performed more than 100 times since it premiered. “The work is in six movements,” Todd says. “Each one is a section from the standard Latin Mass text: Kyrie, Gloria, Credo, Sanctus, Benedictus, and Agnus Dei. When I was writing I was trying to keep the music as simple and powerful as possible, which is why so much of the harmony is simple blues harmony.”

Soon after its English premiere it was recorded by Signum Classics. In reviewing the release, Tom Owen of the Sheffield Telegraph said: “I was pleasantly surprised by how structured the work is, considering its jazzy surface: the Mass is a legitimate entry into the choral repertoire. The music becomes more absorbing on every playing. Fans of high-quality choral singing should not miss the opportunity to grab this with both hands as soon as possible.”

For his WPI master class, Todd will conduct an open rehearsal of the piece as the WPI Stage Band and the Master Singers of Worcester ready themselves for its upcoming concert. Malcolm Halliday conducts the Singers. Professor Rich Falco gives the stage band its downbeat. WPI voice instructor Monica Hatch is the soloist.

“We will play though sections of the music with the band and singers and I will try to give some helpful advice on ways to approach the music,” Todd says. “I might play some sections on the piano to demonstrate. It’s about understanding the performers as quickly as possible and making a bond with them. The important thing in Mass in Blue is to make sure the band is giving a really strong groove against which the singers can perform the words. It needs a lot of energy.”

Asked about vocal challenges, Halliday says, “The harmonies are more complex and variegated than what one finds in classical music written before 1900. There are rhythmic challenges for the chorus because they need to “swing.” In much of this music and you can’t always notate exactly how such rhythms work, though the work is expertly written for the chorus.”

The concert performance of Mass in Blue happens on Sunday, Dec. 7, at 4 p.m. at First Unitarian Church. The program is called “Myriad of Colors” and it showcases music that celebrates color in both sound and text. Other composers represented include Duke Ellington, Stephen Sondheim, Randall Stroope, Pablo Casals, and Gwyneth Walker. Pianist Olga Rogach will also perform.

When asked why Mass in Blue has become so popular, Halliday says, “The work is fresh sounding and fun. I think audiences will really appreciate the novelty of the work, since not many successful jazz settings of the Mass would work in a concert setting. Perhaps, none in fact. The work is singular in what it achieves.”