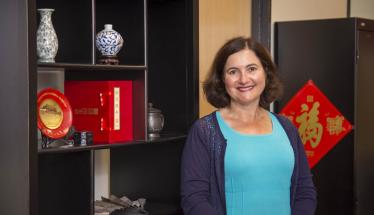 China has taken center stage, and a new book of essays gives readers “deep insights into China in an accessible way,” according to the book’s co-editor, WPI humanities professor Jennifer Rudolph.

Rudolph, who specializes in modern Chinese political history, and Michael Szonyi, professor of Chinese history at Harvard University, compiled 36 essays in The China Questions: Critical Insights into a Rising Power (Harvard University Press, January 2018). The book commemorates the 60th anniversary of Harvard’s Fairbank Center for Chinese Studies and features essays, written op-ed style, by a Who’s Who list of China  scholars associated with the Center.

“The U.S.-China relationship is the single-most important bilateral relationship in the world today,” says Rudolph. “Four decades ago, China was in isolation. Now it has emerged on the world stage, it is our main trading partner and largest geopolitical rival. There is not a single question in which China does not play a central role. The need to know its political and cultural history, and current circumstances are more important than ever.” 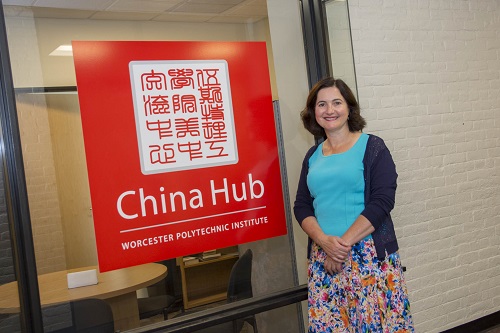 The U.S.-China relationship is the single-most important bilateral
relationship in the world today, says Jennifer Rudolph.

Though there is a lot of information written about China for academics, Rudolph and Szonyi wanted their book to appeal to readers outside academia. They brainstormed questions keeping in mind the expertise of the Fairbank Center and then invited scholars to participate. A “huge number” responded, Rudolph says; she and Szonyi made it clear the authors should write for the public: no citations, no footnotes, and aim for 2,000 words.

The topics ranged from history, to the environment, to culture and more. As the essays came in, certain themes emerged and intertwined.

“One theme that jumps out is that history does matter. You see it in every section of the book. The past plays an active role in China in politics but also in culture,” says Rudolph. China at times has tried to remove or downplay its past—such as eliminating all things traditional during the Cultural Revolution. But in contemporary politics, the country is reclaiming history, trying to identify more as Chinese and less as  Communist, she says.

Another theme is complexity. “In the West, we sometimes think of China as one big entity, but in reality, it’s not. The Chinese, too, often portray themselves this way, but if you dig, you see strands that show it is very complex, from ethnic diversity to the origins of the Silk Road. There is not just a singular Chinese story,” Rudolph says.

China also faces many challenges, she says. Through the recent reform era, the country has been very successful at lifting people out of poverty and growing the economy. But, other factors, such as the effects of the one-child policy and the resulting diminished labor force, are coming to the fore. And environmental issues, as well, are taking their toll.

“China is diverse, complex, and forward-looking, but also looking to the past to inform its future. The writers do a good job of showing that richness and depth,” she says about the essays in the book. 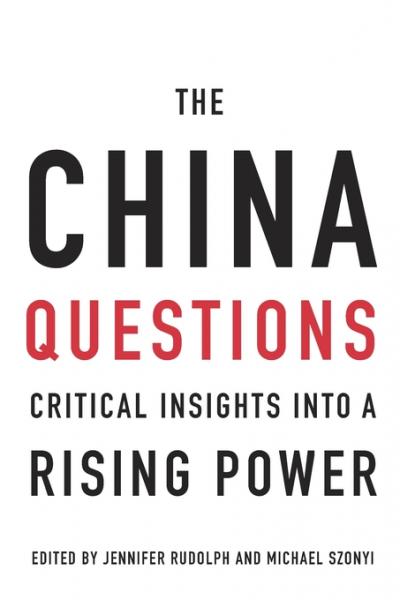 These questions are important to anyone interacting with China, including U.S. leaders. The authors began writing the book before the 2016 presidential election and some made revisions after Donald Trump was elected, because of how his policies or decisions might affect the U.S. role in Asia, says Rudolph.

For example, “When President Trump took a congratulatory call from the president of Taiwan shortly after his election, he risked upsetting the balance of the 40-year of framework for managing the impasse in the Taiwan Strait. [The call] didn’t change it, but it did threaten the status quo.”

The relationships among the U.S., China, and Japan are increasingly important, especially in light of North Korea’s march to being a nuclear power. All of these countries are negotiating new roles in the Pacific and beyond.

Her hope is that the book helps the general public to have a more nuanced understanding of China and be more informed when looking at government policies. Greater understanding is necessary for a strong bilateral relationship, she says, adding, “Public opinion matters in terms of building a reservoir of goodwill that allows for peaceful navigation of the inevitable difficulties that occur in any country-to-country relationship, especially one as multi-faceted and important as that of the U.S. and China.”