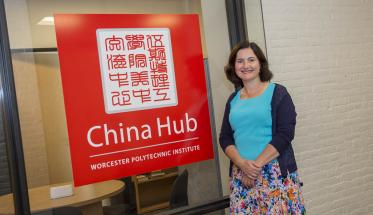 “China is a key player in maintaining a peaceful world order and in solving global challenges,” says Jennifer Rudolph, associate professor of history at WPI and director of its China Hub. “Whether it’s creating stability in the Asia Pacific region, fighting global warming, ensuring food security, or stemming nuclear proliferation, they all require China’s participation. There’s no denying China’s importance in today’s world.”

An upcoming event on campus, sponsored by WPI’s China Hub and the Worcester World Affairs Council, highlights the centrality of China and analyzes its position in the world through discussions with expert speakers on campus and via webcast. 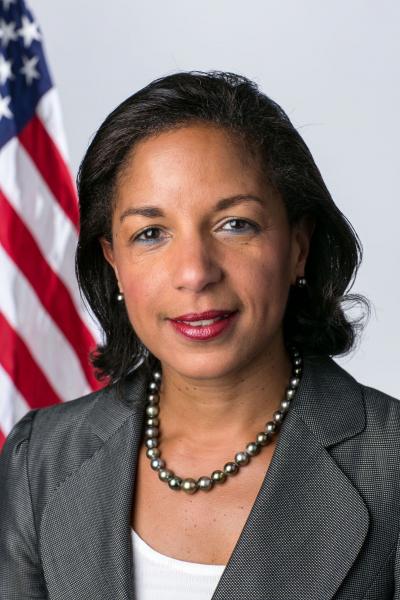 On Tuesday, Oct. 24, WPI will host the 11th annual CHINA Town Hall, a program created and sponsored by the National Committee on United States–China Relations (NCUSCR) aimed at creating a national dialogue on China. Over 85 venues were selected to host this year’s program, which consists of an interactive telecast interview and an on-site speaker. The event is free and open to the public.

The evening’s two main speakers are Susan Rice, former National Security Advisor and U.S. Ambassador to the United Nations, and Richard McGregor, journalist and author. Rice will join via a live webcast from New York City, where she will be interviewed by Stephen Orlins, president of the NCUSCR. She will then field questions from various venues, including WPI. Rice, who served during the Obama Administration, played a key role in coordinating foreign policy, intelligence, and military efforts.

Following Rice, McGregor will discuss the changing roles of the US, China, and Japan in the Asia Pacific, and will field questions from the audience. McGregor has extensive experience in reporting from East Asia and Washington; he has served as bureau chief for the Financial Times in Shanghai, Beijing, and DC, and has written for the International Herald Tribune, the BBC, and The Far Eastern Economic Review. He has authored two books on the region—his most recent published this year: Asia’s Reckoning: China, Japan, and the Fate of U.S. Power in the Pacific Century (Penguin Random House, 2017).

“We would love for community members from WPI and from Worcester to come,” says Rudolph, herself a China expert, “as this is an exciting opportunity to hear from two top Asia experts during an important transitional period.” WPI’s China Hub brings China-related outside speakers to campus regularly, and most events are open to the public; this is the first time that WPI has participated in a NCUSCR CHINA Town Hall. 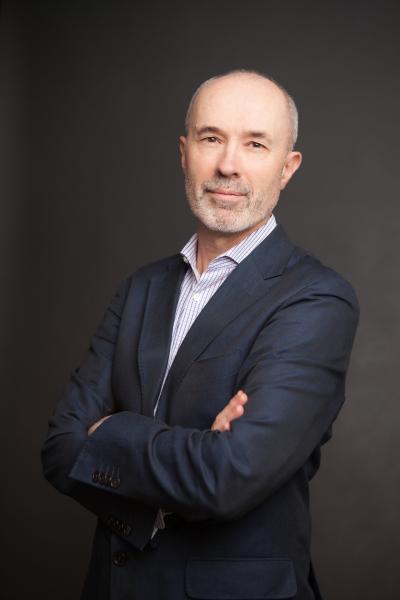 “A lot is at stake in the Asia Pacific region," she continues. "Ambassador Rice and Mr. McGregor know that acutely. The US and China have the world’s most critical bilateral relationship. It benefits us all to better understand it. Moreover, US–Chinese cooperation is key to figuring out solutions to complex and perilous matters like North Korea’s rapid ascent to being a nuclear power.”

Rudolph’s own research focuses on Chinese politics and identity. She first went to China in 1985 as a Chinese language student; she has continued to go there regularly in various capacities: business person, graduate student, and professor. Throughout, she has witnessed firsthand the multi-faceted transformations China has experienced. Her new book, for which she is co-editor, The China Questions: Critical Insights Into a Rising Power (Harvard University Press, 2018), will be available in January.

WPI’s engagement in China is rich and varied, with important university and corporate partnerships, joint programs, collaborations, alumni activity, and student project centers in China, according to Rudolph. In fact, the university sends approximately 75 students there on projects each year. WPI’s activities in China are growing, with strategic new initiatives in research under way. On-campus programs feature China as well, through an increasing number of Chinese language and China-content courses, a new Chinese Studies minor, film series, speaker series, active China-related student groups, and contributions to campus by both undergraduate and graduate students who are from China.

The CHINA Town Hall will be held from 6:45 to 9pm in Olin Hall, Room 107. Guest parking is available at the WPI Park Avenue Garage; no parking placard is needed. For more information, contact the China Hub’s associate director, Wen-Hua Du, assistant teaching professor in Humanities & Arts.