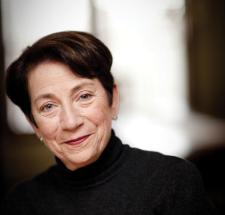 Yael Schwartz has a history of starting innovative companies

When entrepreneur and life science executive Yael Schwartz tells of being the only person at a board meeting who cast a no vote, you know she is someone who stands by her convictions. But when she also explains that she was the only woman in the room and that she got pushback for not being a team player, you also realize she's not someone who will back down from pressure.

As WPI's new Coleman Entrepreneur-in-Residence, Schwartz knows she has years’ worth of experience to pass along to students who want to blaze a trail like she has done and continues to do. 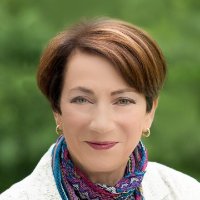 Her failures (she says she has many), her accomplishments (of which she has more), and the sheer history of starting successful and innovative companies naturally land her in a position to pass along exceptional advice. Among her gems: Surround yourself with people who are smarter than you and then let them do their thing; people who try to do everything fail at everything; know your limits.

But what Schwartz especially values is trusting her instincts, and she also wants students to feel comfortable with that.

She describes her life as a series of chance, and even her appointment at WPI was serendipitous. As a WPI grad herself (she holds a PhD in human endocrine biology from a WPI–UMass Medical School joint degree program), Schwartz likes to keep up with campus happenings. In late spring of this year, she gave a presentation about entrepreneurship to students.

Then, during a casual conversation with Frank Hoy, director of the Collaborative for Entrepreneurship and Innovation in the Foisie School of Business, he invited her to campus to be the next entrepreneur-in-residence. For Hoy, the fit seemed natural. “Innovation and entrepreneurship are permeating the WPI campus,” he says. “Yael Schwartz embodies both. She has joined us to carry the message to students, staff, and faculty, sharing her experience and knowledge.”

As the president and CEO of Or-Genix Therapeutics, a private company focused on prescription and nonprescription dermatology products, Schwartz has limited availability, but is especially open to making time to make connections. So she decided to treat this position like a business and has started to identify her customers and current needs. She will be meeting with department heads and other Coleman fellows to find out what going on at WPI and how she can best offer her assistance and knowledge.

She’s also here to “to identify technology that's ready for prime time,” she says. With a desire to facilitate businesses “spinning out of WPI,” she is also careful to place special emphasis on what's ready and what still needs work.

“You can't confuse invention with innovation,” she says. If it's not patentable, it's not an invention, she says. But just because it's patentable, it just means no one else has come up with that idea. That still doesn't mean there's a market for it.

“Innovation is the intersection between dreamland and reality to fill an unmet need in the marketplace,” says Schwartz. “I will help people identify that, and hopefully we will encounter innovative technology.”

And Schwartz has a good eye for what will work. She is the founder of several companies, including Hygeia Therapeutics, and its spinoff, Canterbury Laboratories. She also has extensive corporate experience, including acting as the director of pharmacology and discovery research during her nine years at Sepracor (now the biopharmaceutical company Sunovian).

But innovation also costs money. Schwartz, who has raised millions for her companies, says she can also give advice on how to raise money the right way for different products and ideas. Not every investor is a good match, she says.

And while she is here to help, Schwartz also knows the value of messing up. “I've made plenty of mistakes,” she says. “If you don't make a mistake, you can't learn.” And although she says she never looks back, that doesn't mean she doesn't take every life lesson to heart. “I've never made the same mistake twice.”

Get back up and try something else

Schwartz credits her “free-range” childhood with giving her a certain approach to tackling life. With the ability to play and wander freely, she developed an attitude of “get back up and try something else” when something didn't work out.

“From early childhood, I was self assured,” she says. “No matter what happened, I knew I could get out of it or make it work. People used to call me Teflon.”

And with the board room story as an example, students should know that with success comes some friction. Schwartz says she locked horns with her most influential advisor Maurice Goodman, PhD, professor emeritus at UMass Medical School. “I owe it all to him,” she says, but she also disagreed vehemently about what she should do with her degree upon graduation. At a time when everyone with that degree was expected to remain in academic science, Schwartz decided to venture into business.

Not being afraid to venture off the expected path is a defining characteristic in her life. “Yael has lived all that we want our students to learn about entrepreneurship,” says Hoy. “She has been a visionary and innovator in existing organizations, and she has created new ventures that have had positive impacts on customers and on society.”

Schwartz feels a kinship with people who blaze an entrepreneurial trail, even when it isn't always obvious to all. For instance, she holds great admiration for her favorite musician, Bob Dylan, not only for his music, but for his ability to stand up for his convictions and change in innovative ways. Even when Dylan picked up an electric guitar, his fans were willing to see where he would take the music.

Schwartz says she works the same way. “People follow me from company to company,” she says, “because no matter how bad it gets, I never let people down.”