Professor Douglas Weeks, WPI’s administrator
of music, said this is the only concert to feature
student soloists, arrangers, and composers.

WPI’s theatre program has New Voices. The Concert Band and Orchestra have the Spring Concert. Both are year-end presentations that showcase original work by students. New Voices 33 happens today through April 18. The spotlight shines on the musicians on Sunday.

“We do several concerts a year and on occasion feature student soloists,” says Professor Douglas Weeks, WPI’s administrator of music.. “This particular concert, however, is the only one specifically designed to feature student soloists, arrangers, and composers. In many cases, it is the culmination of a year’s worth of work and practice on their parts.”

This year’s program features a portfolio of premieres, including a movement from Symphony for Orchestra by John Arnold ’14 (now a grad student), and a collection of songs from Les Misérables arranged by Meena Khayami ’15. Violinist Jesse Lehman ’15 will perform Czardas by Vittorio Monti. Samantha Stadtlander ’14 is the soloist for Concert Piece for Bassoon and Orchestra by Burrill Phillips. Alex Shefferman ’18 will perform a snare drum solo on The Ragtime Drummer by James Lent. Additionally, members of the orchestra will give the first performance of Hideous Hands by Ali Becan ’15.

Who: WPI Concert Band and Orchestra

Cost: Free and open to the public

Khayami is a mechanical engineering major; in addition to arranging the Les Misérables medley, she will perform. “On campus I am involved with the Concert Band as the percussion co-section leader, and I am involved with the Pep Band, where I play the trumpet. I am also a member of the color guard. I have been a part of these groups for the past four years. Each of the pieces chosen are theatrical. I hope the audiences find this concert enjoyable.” 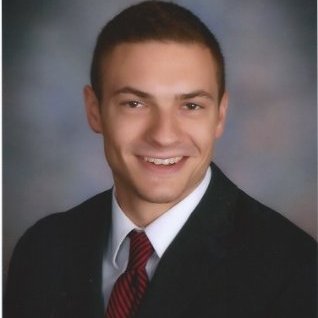 Arnold is majoring in physics with and minoring in music. He has participated in nearly every musical ensemble on campus over the course of his five years at WPI. Notably, he has been a percussion section leader in the WPI Concert Band since his freshman year. For this concert he will be performing with the band as well as conducting his composition.

“I have spent the greater part of the last year writing Arnold’s Symphony No 1 in A Minor, and I will be conducting the orchestra in the world premiere of my musical writing,” he says.

When asked what he hopes audiences will take away from the concert, the percussionist and composer says, “I guess I just want people to enjoy our music as much as I do, especially since I wrote one of the pieces on the program.”

Meena Khayami ’15 arranged a
collection of songs from “Les Misérables.”

The three compositions not written by WPI students are all showstoppers. Czadas is a Hungarian folk dance reconstructed by Vittorio Monti. WPI’s Jesse Lehman will not only play the violin on the piece, he is the concertmaster. Concert Piece for Bassoon and Orchestra was composed in 1942 by the late Burrill Phillips, an American composer, teacher, and pianist from Denver. WPI’s Samantha Stadtlander is the bassoonist. The Ragtime Drummer (for Snare Drum and Concert Band) was written by James Lent. Lasting a little more than two minutes, WPI’s Alex Shefferman will take it up to speed.

Becan composed Hideous Hands for the orchestra. “It is an electro-acoustic work with the sounds initiated by live instruments and then fed into a loop,” says Weeks. “Ali is a very creative composer and musician as well as being an excellent cellist.”

The Orchestra will perform
“Hideous Hands,” by Ali Becan ’15.

“It’s an absolute pleasure working with WPI music students,” says Canavan. “They are just as talented, hard working, and committed to their music making as any music major at a conservatory. The compositions put forth by this year’s students are exciting to play and very creative. I think the orchestra enjoys playing them and I’m sure the audience will enjoy them.”

The students are selected in part by audition, by their success in classes in arranging and composition, and by their own initiative in promoting their own works, Weeks says. “I hope [audiences] enjoy the concert and come away with an appreciation of how talented WPI students are.”

Note: This concert was originally scheduled as the “Sesquicentennial Concert,” but that has been rescheduled to the fall. Check the HUA calendar for further details.