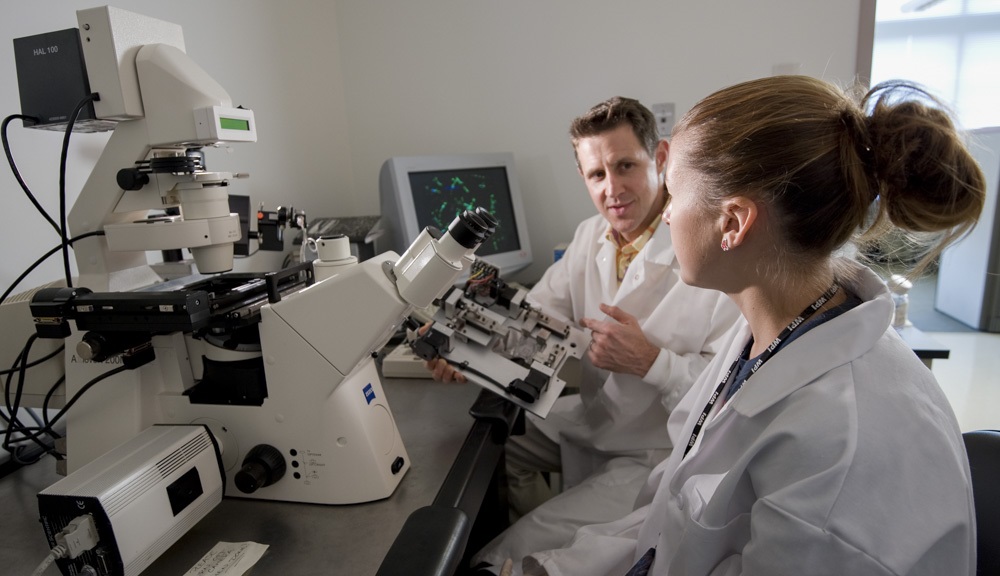 Professor Billiar’s Summer Is Packed with Conferences and Research

Inspiring and training the next generation of scientists

For many people, the summer is a time to slow down a bit and enjoy what are traditionally the lazy, hazy months of the year. For Kris Billiar, department head of biomedical engineering, summer is a time for playing catch-up by diving into research, running an REU program, writing grant proposals, reading up on industry developments, and attending and presenting at scientific conferences to let the world know what WPI is doing.

This year, Billiar is attending two conferences in succession, each of which offers a different perspective.

The first, Summer Biomechanics, Bioengineering, and Biotransport Conference (SB3C), held in Tucson, Ariz., June 21–24, is Billiar’s favorite meeting of the year. He says the smaller size (about 700 attendees) means he can catch up with people and keep an eye on what other researchers are doing. He also attends technical committee meetings and the annual board meeting at the conference.

But it’s hardly relaxing, as Billiar won’t attend a conference without presenting there as well, and he often brings student presenters, too. “To get the biggest impact, you have to see what others are doing and to let other people see what we are doing here at WPI,” he says.

Presentations can be oral podium talks or posters, and each offers a different way to present information and generate discussion, says Billiar. “Some people don’t like posters, but I do because the people who are interested will stay longer to discuss it. Each presentation offers impact in different ways.”

This year, Billiar’s oral presentation is based on some surprising results of how his students learn. “Encouraging an entrepreneurial mindset in biomechanics,” arose when he implemented some entrepreneurial mindset learning principles into his “Biomechanics” sophomore-level course. “At this conference, the education track is less theoretical and more practical,” he says. “It’s about helping to implement something and the pros and cons of doing that so others can learn from your innovations and mistakes.” Grad student Zach Goldblatt will present “A method for examining the role of mechanics in apoptosis,” with Billiar and postdoc Heather Cirka.

The second, Conference and Expo of the American Society of Engineering Education (ASEE), runs June 25 to 28 in Columbus, Ohio. “The ASEE conference is more about pedagogy, statistics, and analysis,” says Billiar. This one is a more general education audience, and presenters discuss their findings. Billiar is presenting a full paper with WPI philosophy professor Geoffrey Pfeiffer, “Teaching ethics in the context of engineering courses: A blended approach” that is based on their work with IQP teams over multiple years. He is also presenting another full paper, “Canine hip forces: The ups and downs of project-based learning of static equilibrium,” with grad student Kaitlyn Marengo, who was the teaching assistant for Billiar’s sophomore-level course. This work was also funded by the KEEN grant.

Coming from a university like WPI, Billiar says these summer conferences present opportunities to reflect on the true balance between teaching and research. Billiar says the ASEE conference lets him find out how other educators are assessing their teaching while the SB3C shows the practical steps on how to implement new methods.

Over the years, Billiar, who first attended the SB3C conference as a grad student 20 years ago when it was associated with the American Society of Mechanical Engineers (ASME), is an executive board member of the ASME’s Bioengineering Division in charge of technical committees and previously of student affairs. Billiar was also chair of the educational committee. He is currently associate editor of the ASME’s Journal of Biomechanical Engineering, and the editor in charge of education which just printed its second special issue on biomechanics education.

Billiar says SB3C attendees are all interested in biomechanics, so he and the students feel like they have a common link with all the people there, and the atmosphere is collaborative, not competitive. Peers will comment on WPI students’ work to Billiar and offer both praise and constructive feedback. The students get to mingle with professors and peers from around the country so they gain a mental map, of sorts, of all the research happening across the nation and take special note of research of particular interest or where there might be the potential to collaborate.

Billiar also has an intense motivation to inspire and train the next generation of scientists and so is bringing a highly competitive Biomechanical Engineering Research Experience for Undergraduates (REU) to WPI for 10 weeks this summer along with co-PI Zoe Reidinger, assistant teaching professor in BME. This year’s group of 10 women, who were chosen from a national field of over 100 applicants and have an average GPA of 3.9, arrived in May and will perform research in labs until August.

They will also spend a week mentoring and guiding a group of middle school girls who are staying on campus for a weeklong BME Innovation Camp, says Billiar. The students range in age from teens who just graduated from high school to women in their mid-30s. Half of the students are coming from community colleges and half are recent high school grads.

The students represent a group with some of the youngest students ever to come to a WPI REU, but Billiar says there’s a deliberate purpose. “We are getting earlier and earlier career students to have a bigger impact on them,” he says. “Our challenge is that we hope to get people to stay, get engaged, and see what research is all about.” In the end, he hopes some of them will pursue research careers.

But the focus is research—students might build part of an apparatus or do experiments in the lab. “It’s a transformative experience for students,” says Billiar. “This is meant to be research.”