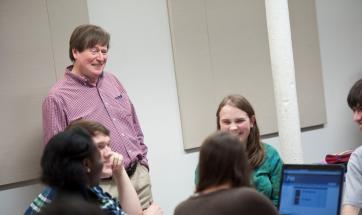 WPI humanities and arts instructor James Dempsey never pictured himself becoming the foremost expert on an eccentric and overlooked art collector from Worcester.

But after reading Scofield Thayer’s obituary back in 1982, Dempsey’s instinct as a longtime reporter and columnist at the Worcester Telegram & Gazette told him there was a fascinating story to tell. 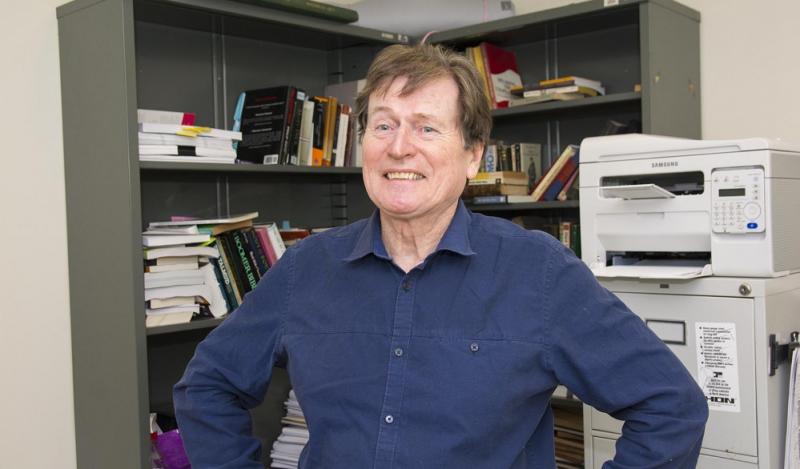 It took him a few years to start the project, and nearly 10 years to research Thayer’s life before he completed The Tortured Life of Scofield Thayer in 2014, which was recently re-released in paperback. The biography chronicles the life of a man born on (south) Main Street in Worcester who not only amassed a significant art collection, but was arguably one of the most influential figures in American Modernism.

The book also made Dempsey the obvious choice to write the catalog essay for the planned Metropolitan Museum of Art exhibit of some of the works Thayer left to the world-renowned New York City institution. "Obsession: Nudes by Schiele, Picasso, and Klimt from the Scofield Thayer Collection” will open at the MET in the fall of 2018.

It’s an assignment the guy who grew up in Liverpool, England—and found himself in Worcester when Clark University was the first place to accept him for graduate school—could never have imagined.

“It’s funny how things work out,” Dempsey said on a recent afternoon from an office at the Bancroft School, where he’s finishing up a three-year writing grant.

Dempsey said he had just completed his bachelor’s degree at the University of Liverpool when he decided he needed an adventure, and applied to graduate schools in the U.S. to study medieval literature. 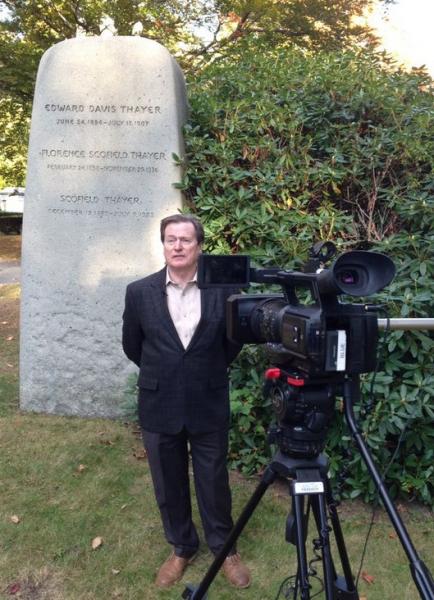 Dempsey prepares to be interviewed.

“I applied to a place on the West Coast, a place in the middle, and place on the East Coast, and Clark said yes first,” he said, chuckling at the memory.

He has been living and working in the Worcester area, a place where he says he “likes the feel,” ever since.

It was a colleague at the T&G who nudged Dempsey into seriously starting a book on Thayer, and his research took him to Yale University, Georgetown University, and New York City, among other places, uncovering an unusual, and ultimately, tragic life.

As a co-owner and editor of the literary magazine The Dial during the 1920s, Thayer used the publication to introduce the work of some of the most important poets and artists of the time, including E. E. Cummings, T. S. Eliot, Ezra Pound, and James Joyce.

“The Dial was really an unparalleled literary magazine, a real who’s who of 20th Century literature,” Dempsey explained.

His digging though Thayer’s papers led him to poems sent to Thayer by Cummings around 1916, including an unpublished poem, “tonite,” which Dempsey wrote about in The Awl, an online current events and culture review.

Dempsey’s work revealed Thayer to have an unusual relationship with Cummings, who remained a friend from the time the two met as undergraduates at Harvard College until Thayer’s retreat from public in the mid-1920s after suffering a breakdown and being diagnosed with paranoid schizophrenia.

The friendship even survived Cummings fathering a child with Thayer’s wife, Elaine Orr, and several of Cummings’s poems are dedicated or addressed to Thayer and Orr.

Check out C-SPAN's 2015 interview with Dempsey to learn more about his work.

Dempsey said Thayer had several sessions of psychoanalysis with Sigmund Freud in Austria, but his mental illness was never able to be controlled and he retreated into an institution until his death.

Dempsey has been assigned to write 7,000 words about Thayer for the MET catalog to accompany a piece by a museum curator about the art in the exhibit. He’s also working with New York film producer Caroline Camougis on an hour-long documentary about Thayer to coincide with the exhibit.