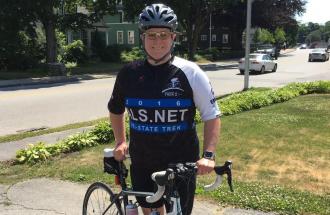 • Two summers ago, the Ice Bucket Challenge  brought ALS to the attention of most of the country. Also known as “Lou Gehrig’s Disease,” amyotrophic lateral sclerosis is a progressive neurodegenerative disease that affects nerve cells in the brain and the spinal cord, a debilitating disease that robs people of muscular control. The Challenges raised the consciousness of the public and helped raise money to find a cure. 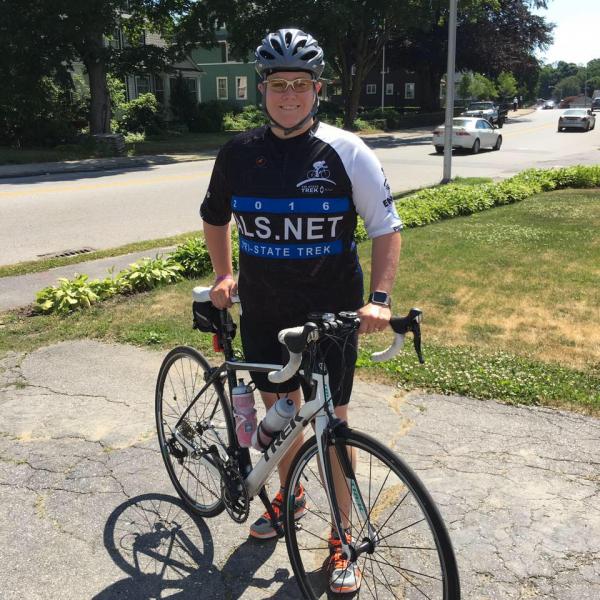 Casey Wall is the director of Residential Services at WPI. As an assistant softball coach, and a former college softball player, she understands the mindset of the individual athlete working with a team to accomplish an overall goal.

She is also a longtime biking enthusiast and road racer who began fundraising for ALS last year at the ALS Tri-State Trek event. An arm of ALS Therapy and Development Institute (ALS TDI) in Cambridge, Tri-State Trek works toward treatment and slowing the progression of the disease.

The three-day, 270-mile bike ride stretches from Boston to Greenwich, Conn. Wall joined the 14-year-old fundraising event and rode for Team Truman, a group inspired by the ALS challenges of Amy Truman, a friend of her husband’s from Trumbull, Conn.

Wall could not ride in the event this year due to a flare-up of an old back injury, but still managed to volunteer in other areas. She came up with the idea for a charity event she could spread out into segments, and pledged to ride her bike for 20 minutes every day for a year as a unique way to support the cause.

She started her rides on June 25, 2016, and will continue until June 25, 2017. She is hoping to recruit sponsors for as many days as she can. Her goals are to raise awareness of the disease and to raise $5,000. She is asking for sponsorships of a dollar per minute, which will be donated to Tri-State Trek.

Mezcal Restaurant and The Fix Burger Bar are two of her corporate sponsors, but individuals are invited to make donations in honor of specific people, or for special days and occasions. In an odd twist, one of her donors included a special condition that she complete the ride, and eat bacon afterwards. She decided to fulfill that request by finishing that ride at another corporate sponsor, The Boynton.

Wall hosted the WPI Resident Assistants welcome program this year while pedaling her bike on a stationary trainer the entire time. She says it was the opportunity to show that her pedaling was a metaphor for the coming semester for these RAs. “They have to balance the roles of self care and student care,” she says. When she closed the event, the RAs were invited to join in by pouring multiple Red Solo Cups of ice water over Wall’s head in homage to the original Ice Bucket Challenge.