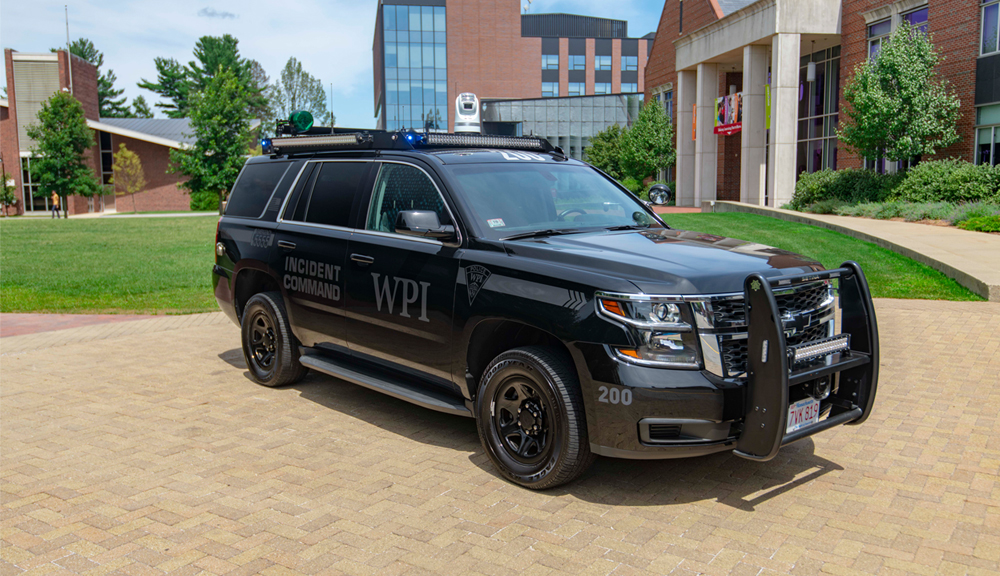 Ron Bashista assists in protecting the WPI community as director of emergency management, a position created to advance the university’s strategic approach to safety and security. On the job since last December, he focuses on emergency planning for large planned events, such as Commencement and TouchTomorrow, and enhancing preparedness for unexpected incidents, which could include blizzards, power outages, and threats of violence.

He previously served for nine years as director of Emergency Planning and manager of the Emergency Operations Center for the City of Boston, where special events can attract millions of visitors. He’s coordinated emergency operations in good times and bad—including multiple World Series and Super Bowl celebrations, as well as hurricanes and major power outages. He helped bring stability and order to the city in the wake of the Boston Marathon bombings, and was dispatched to New York City to help with recovery after Hurricane Sandy. A retired U.S. Army lieutenant colonel, he served three combat tours as a tank officer in the Persian Gulf.

Q: Are your concerns at WPI different from your previous posts in the military and homeland security?

A: Honestly, as a professional soldier, the college environment is far more familiar to me than the City of Boston ever was. As a commissioned officer in the United States Army, I was entrusted with the care and well-being of this nation’s greatest treasure—[its] daughters and sons. The military is expected to take care (mind, body, and soul) of these exceptional young people who volunteer to serve. Many are away from home for the first time, and we’ve got to feed them, house them, look out for their well-being, and facilitate their maturation. Sounds a lot like the college experience, doesn’t it? The expectations of our students’ families make emergency preparedness at WPI a far more personal endeavor than in a large metropolitan area.
In 20 years as a professional soldier, my overarching mindset was “mission first, people always.” Now, safety is the mission. With WPI’s very active, open campus, located on the outer belt of a growing urban area, protection of the WPI community requires close cooperation and routine engagement with the larger Worcester community—particularly the critical life support and life safety sectors.

Q: What’s been most surprising about your first half year on the job?

A: I’d like to say I’ve seen enough in the last 30 years that nothing can surprise me anymore. (But doing so might jinx me—sort of like saying “Fire up the Duck Boats!” before Game 7 with the Sox in a tied World Series.) I’ll just say that there’s been nothing particularly surprising thus far. People who plan are rarely surprised. Planning brings together experienced individuals with diverse skill sets to examine complex situations, anticipate what could go wrong, and develop an array of feasible, supportable, and effective solutions.
I’ve had opportunities to do this with numerous WPI departments, including WPI Police, Facilities, Residential Services, Dean of Students Office, Marketing, and Health Services. The institutional knowledge and subject matter expertise resident at WPI is truly remarkable; rarely have I encountered an organization as singularly well-postured for any contingency planning as WPI.

Q: Are there lessons you bring from being on the scene after the Boston Marathon bombings, for example, or in New York City after Superstorm Sandy, that have changed how you approach preparedness and response?

A: First, never think “Nothing like that could ever happen here.” Pretty much anything unfortunate you see on the news occurring elsewhere in the country or the world can happen here; bad things happen to good people everywhere. Comfort comes from preparedness, not denial. Next, as my father used to tell me, “Never put off until tomorrow, what you can do today; you never know what tomorrow will bring.” Recognize vulnerabilities and fix them now. Finally, be aware of your surroundings and translate that awareness into appropriate actions. Watch the weather, watch the news, be familiar with emergency protocols, sign up for and monitor emergency alert services from local authorities. Above all, stay calm and leverage common sense.