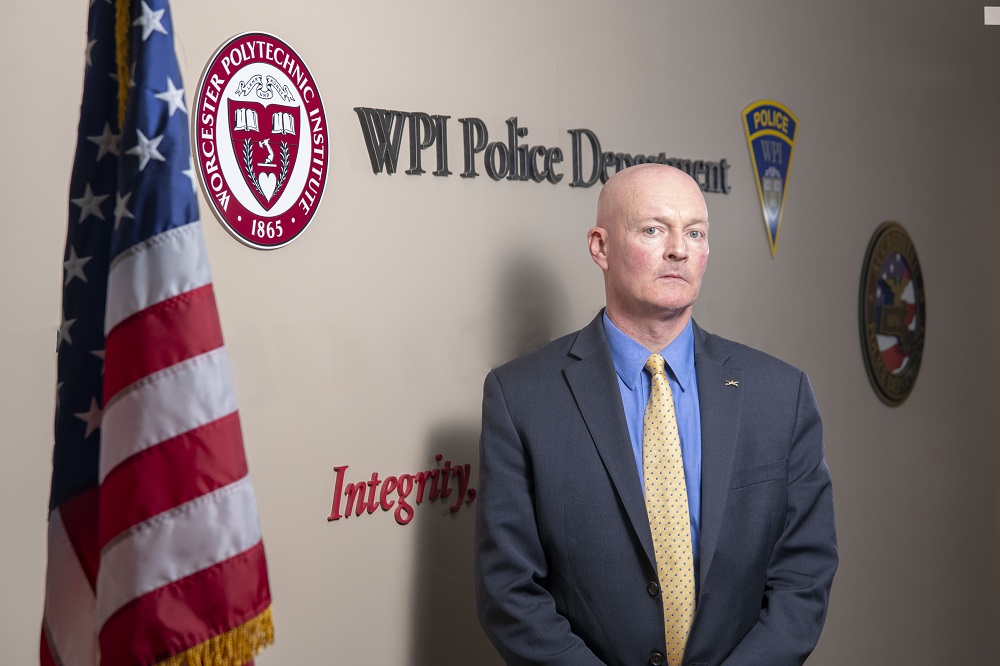 Ronald Bashista has 29 years of experience in the fields of operations, organizational management, and leadership.

Bashista joins the university after serving for nine years as director of emergency planning for the city of Boston.

WPI’s Director of Public Safety and Chief of Police, Cheryl Martunas, said that in naming Bashista, the university was seeking to drive its strategic approach to safety and security, particularly related to major campus events and activities, such as Commencement.

“University campuses are complex communities, and I think WPI has done a good job at overseeing activities, some of which draw thousands of visitors to our small campus,” said Martunas. “We now have an opportunity to become even more efficient and effective by having someone with Ron’s skillset at the helm. His primary job and responsibilities will be to prepare WPI, in a more self-sustaining way, for events and incidents.”

Bashista said he will coordinate the university’s preparation for, and response to, “any sort of unforeseen issue” while helping to coordinate planned events. “Planned events are one aspect of emergency management that is often overlooked,” said Bashista. “It’s important to have a variety of agencies working together to create what I call a synergy of response.”

Universities, and particularly those with on-campus housing, must prepare for a variety of safety and security risks, including weather-related threats like snowstorms and hurricanes, power outages, and threats of violence.

Bashista said that campus emergency management is designed to serve as the coordinating link among a variety of agencies, functions, and departments, including student life, residential services, law enforcement, fire departments, emergency medical services, facilities, and public works. “This always keeps the larger picture in focus and facilitates the coordination among all of these agencies to a stated operational goal,” he said.

In addition to his emergency planning duties in Boston, Bashista managed the city of Boston’s emergency operations center during planned events such as Sail Boston, Fourth of July celebrations, First Night events, and five World Series, Super Bowl, and Stanley Cup celebrations that drew millions to the city.

Bashista also ran the city’s emergency operations center during the aftermath of the Boston Marathon bombings and Watertown manhunt in 2013, hurricanes Earl (2010), Irene (2011), and Sandy (2012); and the Back Bay power outage in 2012. Also, in 2012, then-Boston Mayor Thomas Menino selected Bashista to lead a team of city employees to New York City to assist emergency personnel with Hurricane Sandy recovery operations.

Bashista, a tank officer, has three combat tours: Operation Desert Shield/Desert Storm in the Persian Gulf, 1990-91; Operation Desert Spring in Kuwait, 1998; and Operation Enduring Freedom I, 2001-2002, in response to the Sept. 11, 2001, terror attacks in the United States.

Bashista, who has 29 years of experience in the fields of operations, organizational management, and leadership, served on active duty as a United States Army officer from 1989 to 2009. From 2005 to 2009, he was an assistant professor and deputy director of the Department of Military Instruction at the U.S. Military Academy, West Point, N.Y. At West Point, he managed the development and delivery of the military leadership skills curriculum and military training program to 4,300 students.

He said the skills he developed and experience he gained as a professional soldier have served him well in the emergency management field.

“In any field that deals with life safety, the imperatives are the same: You need to know your job, you need to be able to communicate, and you need to earn the trust of your colleagues by accomplishing the mission,” he said.

Bashista, a Massachusetts native, earned his Regular Army commission in 1989 through ROTC. He received his bachelor’s degree from Western New England College in Springfield, Mass., and his master’s degree in Human Resource Development from Webster University in St. Louis. He also received a certificate in executive management from the United States Army Command & General Staff College at Fort Leavenworth, Kan.