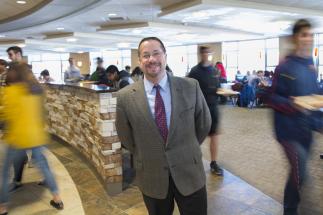 Spoon Around the World

WPI Dining Services cited for diverse menu, rated in top 30 in the nation

It started with an idea to add some diversity to The Spoon’s menu last winter by serving a little sushi at lunch.

It was a hit. Before the end of the academic year the staff had grown from two chefs preparing sushi rolls to six—with students pounding down about 500 pieces a day. 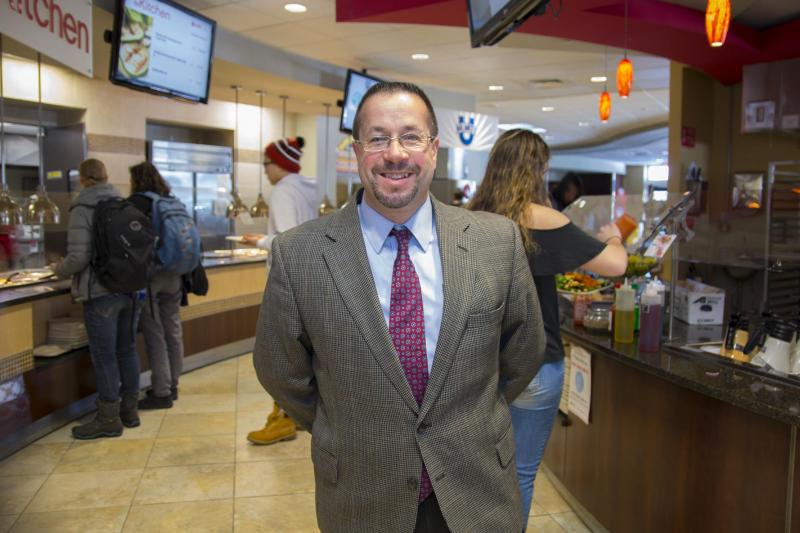 It also got the wheels turning for sous chef Soul Bounnaphol, who with marketing manager Lusine Baghsarian, came up with a plan to celebrate WPI’s diversity by serving different international dishes every day.

A year later, the newly named Spoon Around the World was singled out for its diverse menu by Food Management magazine, and WPI’s Dining Services--operated by Chartwells--has been rated one of the top 30 in the country by lendedu.com.

Director of dining services Joe Kraskouskas says he was excited by the recognition, and proud of the work they've done to provide authentic food from around the world.

“One of our strategic areas for the Division of Student Affairs is to promote diversity through programming,” he says. “We asked ourselves how we could broaden the ethnicity of the food we served, and Soul and Lusine took off with the idea.”

What they came up with is a changing menu that highlights different regions of the world each week—items might include dishes from countries in South America one week, Asia the next. The menu is not repeated on a set rotation, and Kraskouskas says it’s often decided just two or three days ahead of serving to ensure all the ingredients will be available and fresh. 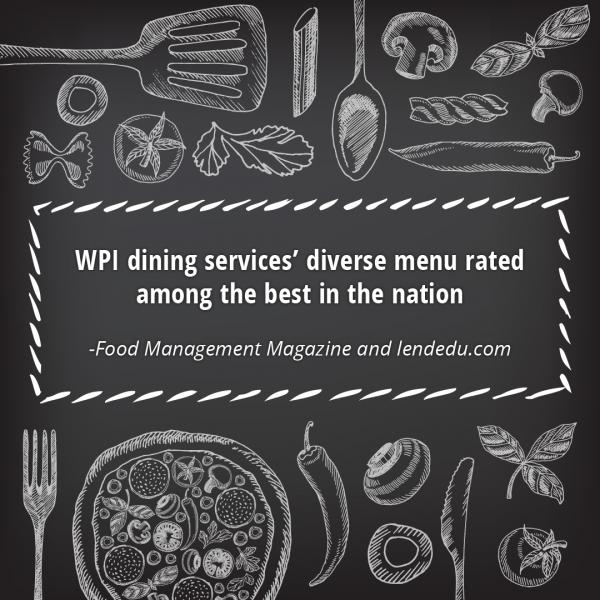 He says they try to coordinate with programs on campus, so during Greek Week you can expect to see souvlaki or moussaka on the menu. For Valentine’s Day, the menu choice was, of course, French.

The dining hall was renovated five years ago, giving The Spoon its own kitchen and allowing for more flexibility, Kraskouskas says.

The design puts a chef’s cooking station at the center of the room, allowing Bounnaphol and his assistant, Sadie Walker, to prepare main elements of the dishes to order, and explain the food to students.

The team strives to make each dish as authentic as possible.

When they decided to serve sushi, Bounnaphol, a professional sushi chef, was hired, and the Japanese Club on campus was invited in to authenticate the taste and make sure the rolls were up to par.

When they were serving an Ecuadorian menu, not only did the staff take care to get the spices right in a meat dish, but they learned the correct way the meat should be cut to make it taste like it’s coming from a kitchen in Quito.

“We’re proud of the diversity we have on our staff, and proud that we can produce food that is authentic.” -Joe Kraskouskas

Also on the menu was pasicio, a traditional Albanian pasta in cream sauce, according to director of resident dining Michael Quackenbush, who says he was ready to serve the dish when food services associate Natasha Cani, an expert in Albanian food, tasted it and had some suggestions on the preparation—and off to the kitchen they went to alter the recipe.

The attention to detail is clearly being noticed. Not only have the staff received compliments from international students who say the food "tastes like home," but the number of meals served in The Spoon has doubled since last year, from roughly 100–200 lunch meals a day, to 300–400.

“We’re proud of the diversity we have on our staff," says Kraskouskas, "and proud that we can produce food that is authentic.”