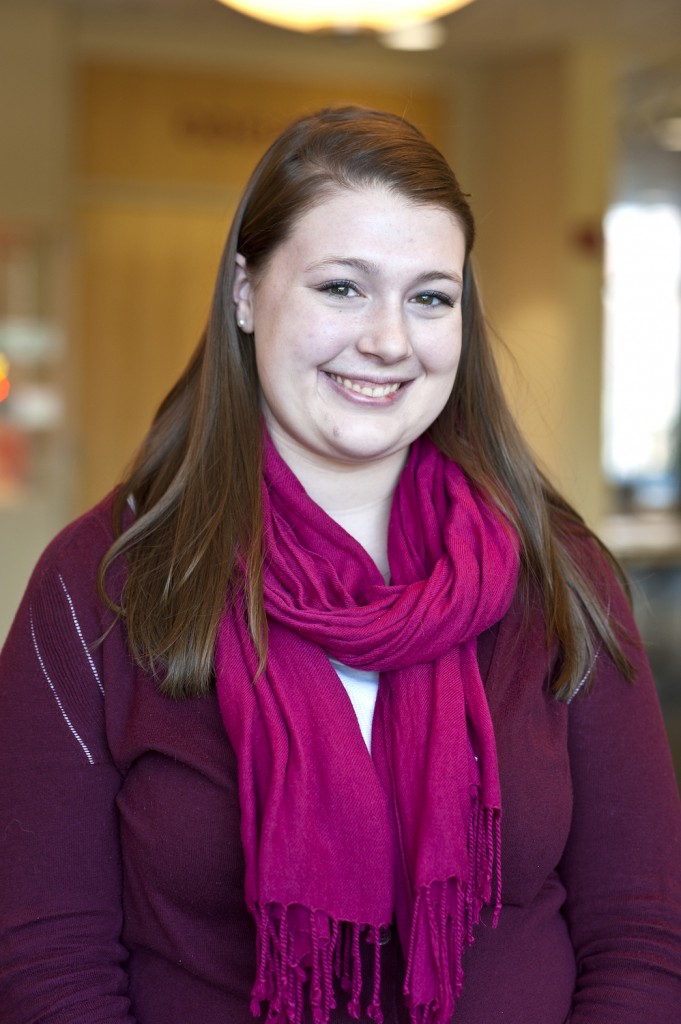 The talk show host and media mogul encourages people to identify that Aha! moment when they suddenly recognize an idea that changes their lives.

Brianna Sheldon had hers the moment she walked onto the WPI campus. “The minute I stepped on campus, I said, ‘I’m in love, I’m home.’”

As a child in Swedesboro, N.J., in the southern section of the Garden State, she dreamed of becoming an orthodontist. “I always loved science and math,” she says.

So she had her future career planned. What remained was the right college.

She would receive mailings from “every single college,” or so it seemed. WPI immediately intrigued her, with its focus on the sciences, but she wasn’t quite sure. The school, she told her mother, was so far away.

But with maternal wisdom, her mother offered good advice: “Go for it,” she told her daughter. “You never know.’’

So she applied and was accepted. And she fell in love.

“I felt the sense of a great community,” she says. “I found a school I love that loves me back.’’

WPI returned the love. In March 2013, Brianna was named Emerging Leader of the Year.

Her leadership roles include being named to the Omicron Delta Kappa national leadership honor society, serving as treasurer of the Class Board of 2015 for two years and being chosen treasurer of the Student Alumni Society from January to December 2013. She did so well there that she now serves as president of the society.

In her role, she works with both students and alumni. She helps organize events such as the traditional sophomore/freshman class fight for the Goat’s Head trophy.  This tradition, which dates back to 1928, was created to foster a rivalry and inspire school spirit.

She helped create events for the competition, including a version of “Minute to Win It,” based on the TV game show, and a giant obstacle course.

She also interacts with alumni of all ages, which she describes as one of the best aspects of her role.

“They have encouraged me to ask: What does the rest of my life look like?’’ she says. “They tell me to just enjoy my time here and soak it all in. They want me to make sure I’m taking every single opportunity that I can possibly can.’’

She is taking that advice, as her list of leadership roles can attest. One of her favorite roles was as an office assistant to the Admissions Office. While there, she used her leadership skills to plan Introduce a Girl to Engineering Day. Through this program, she visited middle schools to develop activities aimed at introducing girls to practical uses for math and science.

“I found a school I love that loves me back.’’

The girls created their own “snack packaging,’’ using science principles to ensure that the material could withstand extreme heat and being doused with water.

Brianna hopes these fun projects will encourage girls to consider math and science as curriculum subjects and as possible careers. “It’s OK to like math and science,’’ she says. “You should be able to go after what you want.’’

And loving math and science does not mean that girls cannot still be “girly,’’ she says. “I’m a girl, and I’m in engineering.’’

If they doubt her, she pulls out her calculator. It’s pink. And it’s the perfect instrument for adding up everything she loves about her experiences at WPI.

“I’ve grown academically and professionally, but also personally,’’ she says. “I’m so thankful for all the experiences.’’