The fast track to success at WPI and beyond. 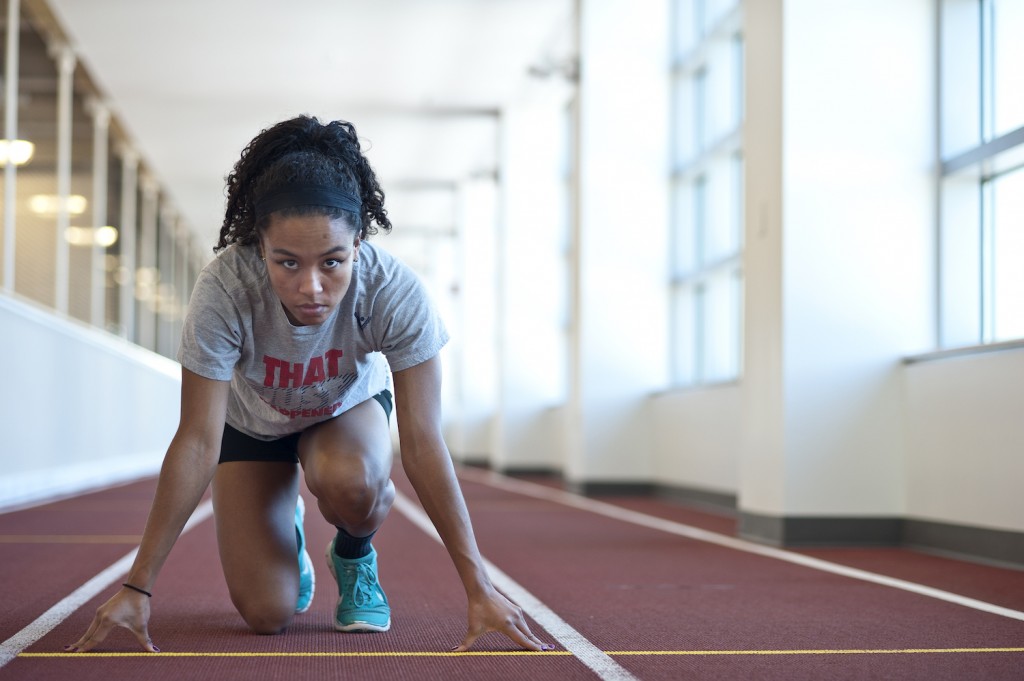 The 20-year-old Springfield, Mass., native and college track star recently broke her own record in the 60-meter dash. She had run the dash at 8.23 seconds in December, breaking her previous mark of 8.24.

She shattered that record in the Bowdoin Invitational in January, where she ran 8.17 in the trials and a blistering 8.15 in the finals. Although she set records in relay with her teammates at East Longmeadow High School, holding individual marks is a new experience.

She credits that to maturity. “As you get older, you get better at gaining experience about how to run a race,” she says.

"She is just the type of student-athlete any coach would love to have."

Rhinehart also spent last summer training smarter, adding weightlifting to her regimen and eating healthier. She ate more fruits and vegetables, which was a dietary challenge. “I’m very much a bread and cheese and pasta fan”, she says.

And when desserts were on the weekday menu, she learned to say no. That allowed her to focus on savoring her favorite desserts on the weekend rather than mindlessly munching on sweets all the time. “All my friends think I’m crazy,” she says. “But it’s better than eating five cookies a day just because.”

This discipline contributes to her success on and off the track. Running takes significant amounts of her time.  The team practices two hours a day, usually from 4 to 6 pm, then attends meets on Saturdays that take up most of the day. “It’s a pretty big time commitment,” she says. The key, she says, is to “stay focused, and don’t let yourself get overwhelmed.”

The record-breaking young athlete also serves as the track team captain, with leadership skills that have impressed her coaches. They praise her as an athlete, but, more significantly, as a caring leader.

“She has helped launch full-team building events and has also spearheaded events for just the women’s team, so they have more of a team identity,” coach Brian Chabot says. “She is extremely strong in the classroom and is just the type of student-athlete any coach would love to have.”

Her personality “allows her to excel as an athlete, a captain, and anything else she strives to be,” says another of her coaches, Miles Ketchum. “The success and well-being of her teammates are fundamental to Maya. She has the wonderful capability of making everyone around her better.” 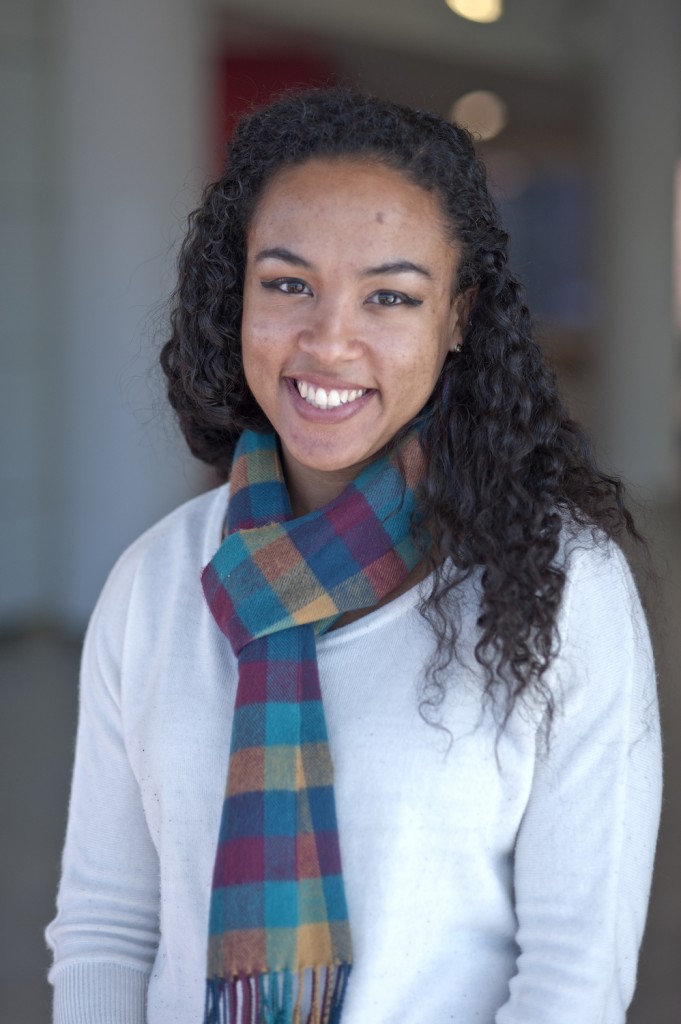 The busy student-athlete majors in civil engineering with a concentration on environmental studies. She fits it all in because track and academics are her priorities, she says. And unlike some students, who have to learn the dangers of putting off exacting tasks to the last minute, procrastination was never in her game plan.

“I’m really bad at procrastinating,’’ she says, laughing. “It gives me anxiety. I’m a go-getter.”

That approach, she has learned, does not always jibe with her more laidback classmates. “I had to learn to realize that not everyone wants to start their project the next day,” she says.

But it does allow her to blend her running and her studies without burning out.

Although she does not have a specific career plan yet, she likes the idea of combining civil engineering—with its focus on public and private building projects—with sustainability issues and going green. Soil analysis, for example, is an integral portion of construction plans and involves both disciplines.

Her love for civil engineering has forced her to cancel her outdoor track plans this year. Instead of running in arenas this April and May, she will be in Costa Rica for her IQP, working with firefighters (known as bomberos), looking at their business structure and offering input.

The opportunity for such experiences is one reason Rhinehart loves WPI. She also appreciates the structured schedule. Unlike some colleges with just two semesters per academic year, with WPI’s four shorter terms, she says, “Even if a class fails to strike a chord, it will be half over in about three weeks. I like the fast pace of it,”