With neutron reflectometry technology at Los Alamos National Laboratory, a research team that included Izabela Stroe at WPI explored the role that amyloid polypeptides may play in the onset of type 2 diabetes. 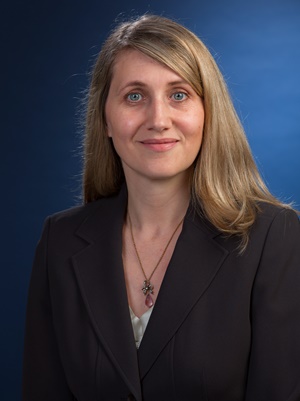 ​Amyloid polypeptides are short chains of amino acids that have been linked to a variety of diseases, including Alzheimer’s and Parkinson’s. Their tendency to aggregate into fibers leads to the disruption of the normal functioning of cells and organs. In a recent paper published in the journal Langmuir ("Influence of the Human and Rat Islet Amyloid Polypeptides on Structure of Phospholipid Bilayers: Neutron Reflectometry and Fluorescence Microscopy Studies"), WPI physicist Izabela Stroe, PhD, in collaboration with colleagues at Los Alamos National Laboratory, the University of California Davis, and Yale University, reported on discoveries that shed new light on the role of amyloid polypeptides in type 2 diabetes, the seventh leading cause of death in the United States.

While the genesis of diabetes remains unknown, it is clear that the disease occurs when cells in the periphery of the body become less sensitive to insulin. Beta cells in the pancreas then step up their production of the hormone, which regulates blood glucose. Along with insulin, the beta cells produce islet amyloid polypeptide (IAPP). As insulin production increases, the excess amyloid molecules begin aggregating into fibers. Somewhere along the way, the beta cells begin to die (leading to insulin deficiency) through an as yet unknown mechanism that appears to involve damage to the cell membranes. 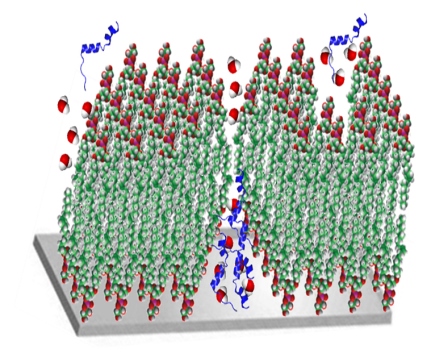 Amyloid peptides may disrupt the cell membranes of beta cells
in the pancreas, a possible contributor to type 2 diabetes.

To get a better idea of the process that may lead to beta cell death, the research team conducted studies of the interaction of human IAAP and rat IAAP with several model cell membranes. Rat IAAP, which differs from the human variant by only a few amino acid sequences, was used because it does not form fibers; in the studies, it appeared to have no interaction with the membranes, leading the researchers to conclude that the beta cell damage is connected with amyloid fibers.

Using specialized equipment at Los Alamos, the team observed what happened to the model membranes when they came in contact with human IAPP. One of the tools they used, neutron reflectometry, is able to produce images of the membranes with high spatial resolution due to the way neutrons scatter from biological objects. The images showed that membranes with negatively charged and unsaturated lipids were particularly vulnerable to damage from the positively charged aggregated amyloid molecules. Since the negatively charged lipids tend to be in the inner leaflet of cell membranes, the researchers speculated that defects in the membrane might be an entry point for the IAAP fibers.

“There is more work to be done to fully understand how the amyloid fibers and the lipids in the membrane interact to produce membrane disruption,” Stroe says. “This knowledge could be crucial in developing strategies to counter the development of type 2 diabetes and physiochemically similar neurodegenerative diseases like Alzheimer’s.”