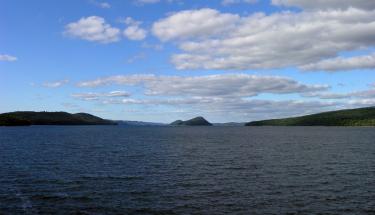 Worcester Water: Our Most Valuable Resource

City officials will explain process and status of drinking water

On Thursday, Jan. 19, from 5 to 6 p.m., the Office of Sustainability is sponsoring Worcester Water: Our Most Valuable Resource, a seminar on the complicated path of water from raindrop to faucet.

In response to students' inquiries, Professor John Orr, director of sustainability, invited Kimberly Abraham and Kevin Scherer from the Worcester Department of Public Works and Parks (DPW&P) to come explain the complex process of achieving clean water in the city.

“Many of our students are interested in sustainability,” says Orr, “and they asked about where the water in Worcester comes from.” And while virtually all of us turn on the faucets without giving it too much thought, there's a lot that goes on behind the scenes that influences the amount and the quality of water we end up with. 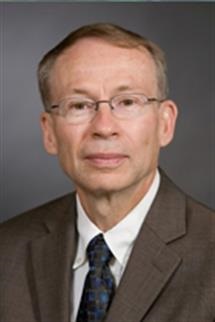 Water is a valuable resource that often seems limitless, but the ongoing severe drought has made many people aware of just how quickly the water supply can change even in a developed city. Understanding the process, says Orr, helps move everyone toward sustainable solutions. “As an engineer, I like to know how things work and what's behind the scene,” says Orr. “It gives more of an appreciation of what's needed to protect our resources as well as how valuable they are and how they affect our lives.”

Abraham and Scherer will discuss water's journey from raindrop to faucet and the current state of Worcester's water. Where does that water actually come from and how does it become pure enough to drink?

“There is still a drought,” says Abraham. “We are currently more than 20 inches below normal rainfall.” And, as Abraham says, because we cannot predict rainfall with any certainty, this drought isn't ending anytime soon. “This is going to be a long haul,” she says.

As of this week, Worcester is still in a drought stage 3 (there are four stages), which remains unchanged from the end of last summer. The last time there was a drought this severe was the 1965–68 period when levels were also at stage 3.

And, as Orr says, no two cities are the same when it comes to water. The amount of rainfall, natural water supplies, and climate fluctuation vary from region to region, even within regions, but the need for a reliable and safe water supply is essential to everyone.

“Providing clean, safe water to the residents of a city is one of the fundamental responsibilities of a government,” says Orr. “Worcester does an excellent job of it.” With fairly plentiful natural water supplies, Worcester's water doesn't need too much processing to become pure enough for drinking standards, he says. But as Flint, Michigan's water disaster showed, other things like pipes and source directly impact purity as well.

"[Students] are looking at 60 plus years of climate change, more demand for water, and increasing population. They need to be aware of the variables affecting resources and of the need to plan for the future." -John Orr

Worcester's reservoirs are not immune from the severe regional drought. With supplies so low and very little rainfall to replenish the supply, Worcester residents still face restrictions that people in other parts of the country live with year round. “We are blessed to have that supply,” says Orr. “Some parts of the country don't have that. We tend to get complacent.”

Orr says this is a good time to educate anyone who is curious about how water actually gets to Worcester taps. “It's even more important for students,” says Orr. “They are looking at 60 plus years of climate change, more demand for water, and increasing population. They need to be aware of the variables affecting resources and of the need to plan for the future.”

Abraham says as stewards of the watersheds that supply Worcester's water, the DPW&P is eager to give water conservation tips and to uncover the bit of mystery that surrounds the city's water supply.

Coming together to learn about water is a good first step. “What we should do about this we should do collectively,” says Orr. “We need to work together on a city, national, and global level.”

The program is free and the WPI community and general public are welcome to attend.