President Barack Obama and First Lady Michelle Obama are not the only ones who spent this past summer at the White House.

WPI biology and biotechnology senior Rachael Heard served as an intern in the Social Office within the Office of The First Lady, providing support to the team that coordinates events for the Obamas, such as photo shoots, congressional events, and state dinners.

“I worked on updating calendars for the Social Office, tracking photos that are taken during events, answering guest RSVPs … and assisting the social team in any way they needed,” Heard says, such as providing help with seating charts. 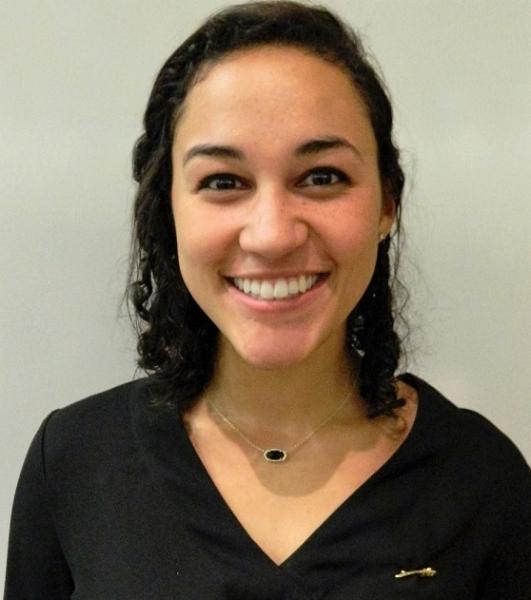 Let’s get the big question on everyone’s mind out of the way, shall we?

“Sometimes I would see her walking down hallways, but—understandably so—she’s an extremely busy person” during her workdays in Washington, Heard says of Michelle Obama. “The First Lady also traveled, taking trips around the world for Let Girls Learn,” she says, referring to the global advocacy initiative for the education of adolescent girls.

The road to the White House

Heard applied for the internship in September 2015, and learned of her acceptance into the program in March. The process was lengthier than a regular internship, and involved interviews and lots of paperwork. Intern applicants are asked to choose their top five choices of areas of the White House in which they prefer to work. On orientation day interns were able to experience their White House department assignments.

Fresh off a WPI academic stay in Namibia, Heard moved into an apartment in Washington, D.C., which relatives in the area helped find for her, about 30 minutes from the White House.

Heard said there weren’t many other engineering majors interning at the White House—she met only one while she was there, though there were other students from the Bay State and from her home state of Connecticut.

As social chair for Alpha Xi Delta women’s fraternity, event planning was not completely foreign to Heard. The internship experience absolutely broadened her horizons, she said.

“I often get questioned as to why I interned in a political/government atmosphere. This experience has been incredibly enlightening … stepping outside my comfort zones, and discovering more about what I enjoy,” she says.

The people she met at the Social Office—the staff and interns—were a huge plus in her internship experience, Heard says. They came from different backgrounds and all were willing to help make everyone feel welcome. She plans to stay in touch with many of them.

Though she can’t comment on the many well-known people who visited the White House over the summer, she did say the BET Lyricist of the Year Kendrick Lamar performed there in July.

The only challenge may have been talking about politics every day. “It wasn’t my forte going in, and still is not my forte now,” she says.

“This has been an unbelievable opportunity," she says, "and I am forever grateful to everyone who helped me along the way.”