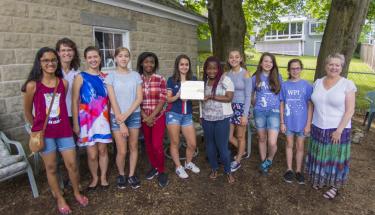 With the assistance of 10 girls, the storage areas at Friendly House’s emergency shelter on June Street were transformed last year from chaos to neat and organized. And the next group of girls enrolled in Camp Reach will engineer designs to replace siding at the organization’s Elm Street shelter that Friendly House staff describe as looking like a “tin can.”

On Tuesday evening, Interfaith Hospitality Network (IHN) and Friendly House staff and Camp Reach staff from WPI, gathered in the backyard of the family shelter on June Street to offer thanks and appreciation to the members of team “S.S. Pink Reach.” (S.S. stands for storage solutions, the girls said.) 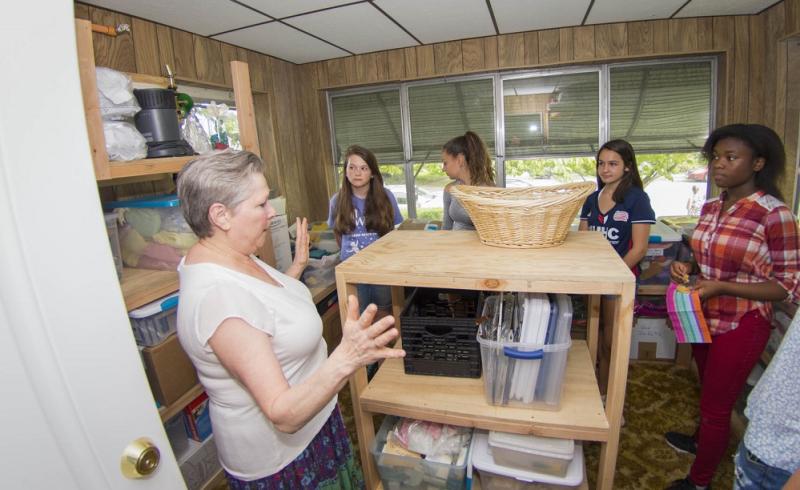 Joanne Alley and Camp Reach participants in one of
the Friendly House's storage areas.

A WPI summer residential program for girls entering grade 7 who have an interest in learning more about STEM careers, Camp Reach exposes them to science and engineering concepts through discovery workshops, field trips, and hands-on community service projects.

The girls experience full days on and around the WPI campus; they work with university students, professors, and others who devote two weeks to make the Camp Reach experience meaningful, says co-director Chrysanthe Demetry, associate professor of mechanical engineering.

IHN and Friendly House, which provide transitional and emergency shelters for homeless or abused people, receive donations on an ongoing basis.

“To be able to go in and see what you have without having to rummage through piles of things is wonderful,” says Joanne Alley, director of IHN of Greater Worcester. Alley says she was embarrassed to show the areas to visitors before. “The girls came up with the design and a volunteer offered to build the shelves. It is incredible the work they do. It was a win-win for us.”

Staff can now easily see what is available for the six families—with a total of 12 children—living at the shelter, Alley says, including donations of clothes, diapers, linens, and household items.

It was also a team of girls from Camp Reach in 2012 who designed the handicapped ramp for the same shelter, she points out.

Bill Baller, assistant teaching professor of humanities at WPI and a Friendly House board member, says that before the city would allow the shelter to open, the home needed a ramp in order to comply with the Americans with Disabilities Act. 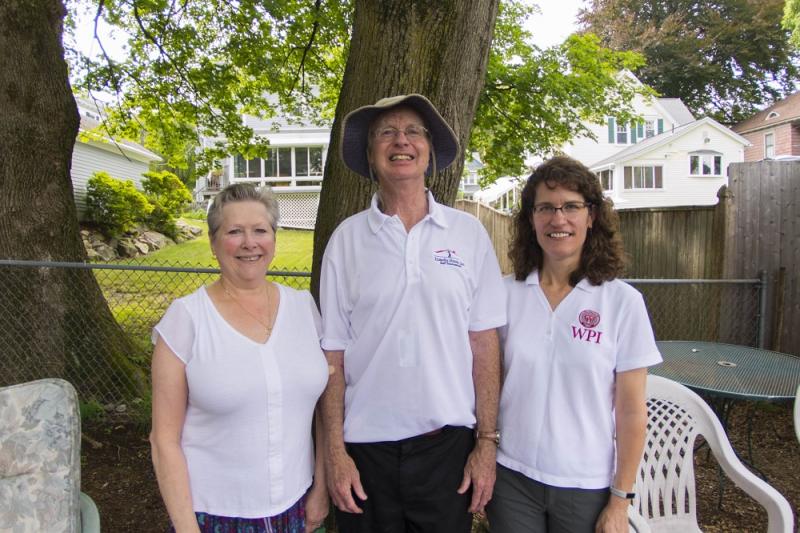 “We talked to Chrys and Camp Reach and they did it,” Baller says. “Without Camp Reach we would not have opened on time. We don’t have engineers on staff. Every year we rely on Camp Reach for stuff we cannot do because we are dealing with crises every day. WPI and Camp Reach save lives and improve them.”

Amy Walsh, president of IHN’s advisory board, says one of the problems at the shelter is limited space.

“You can imagine there is a lot of need,” she says. “People come in a lot of times with nothing. We receive donations of anything they can use at the shelter, and also when they move into their own apartment. All the donations were piling up and were not organized, and these young ladies from Camp Reach saved us. We know what we have now, what we can provide, and what we need for donations.”

Demetry says that she treasures the relationship between Camp Reach and Friendly House, returning year after year since 2006 to complete necessary projects, including a beautification project at the Elm Street shelter and designing a proposed playground at the neighborhood center.

Harika Lingamarla, 13, of Shrewsbury, says she participated in Camp Reach last year because she was interested in learning more about engineering. She says the camp was “really fun” and working on the service project was the first time she visited a shelter.

“I thought it was really great what we were trying to do for all the people,” she says. “I felt pretty good about it and it was a good learning experience.” 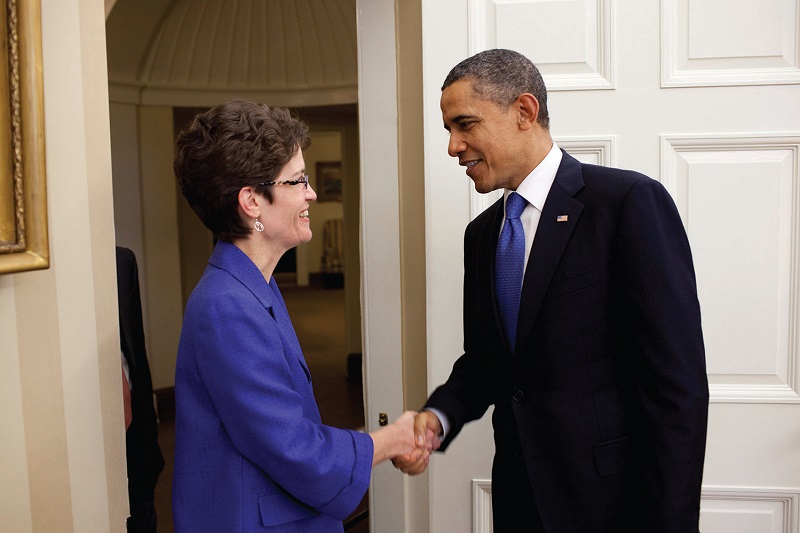 Fiona Healy, 12, from Boylston, says it was the first time she, too, had visited a shelter.

“It was informative,” she says. “I didn’t know what it would look like. It was surprising to see how many people lived here. I feel very proud about this.”

As for living on WPI’s campus for two weeks, the future rocket scientist for NASA (or electrical engineer) adds, “It was the best experience I’ve had so far in my life. It was directed at my exact age group and ‘species’ of girls like me looking for engineering jobs.”

Fiona, who has wanted to attend WPI since visiting the campus at the age of 9 for a summer program, says Camp Reach also helped her decide what type of engineering she wanted to go into.

Her mother, Rebecca Healy, says Fiona now feels ready to start at WPI tomorrow if she could.

“It exposed her to different types of engineering and science,” Healy says. “I would recommend it to any parent of a 6th grade girl. It really inspired her.”

Next up, this summer Camp Reach participants will decide on the best material to re-side a large home at 87 Elm St. that provides emergency shelter for up to 13 families. The house was built more than 100 years ago and has undergone improvements over the last several decades, but still has a “tin can” look due to its outdated, faded, and worn aluminum siding, says Alley. Its appearance is not compatible with the other historic homes in the neighborhood and Camp Reach Team 2017 will evaluate different options for new siding and make a recommendation for the best choice.

Camp Reach, one of several WPI K-12 programs aimed at STEM education for girls, was founded in 1997 by Demetry and the late Denise Nicoletti. In 2011 it received the Presidential Award for Excellence in Science, Mathematics, and Engineering Mentoring from President Barack Obama at the White House. Initial funding was provided by a grant from the National Science Foundation, Model Projects for Women and Girls. Thirty girls from Massachusetts participate annually in the two-week residential program.