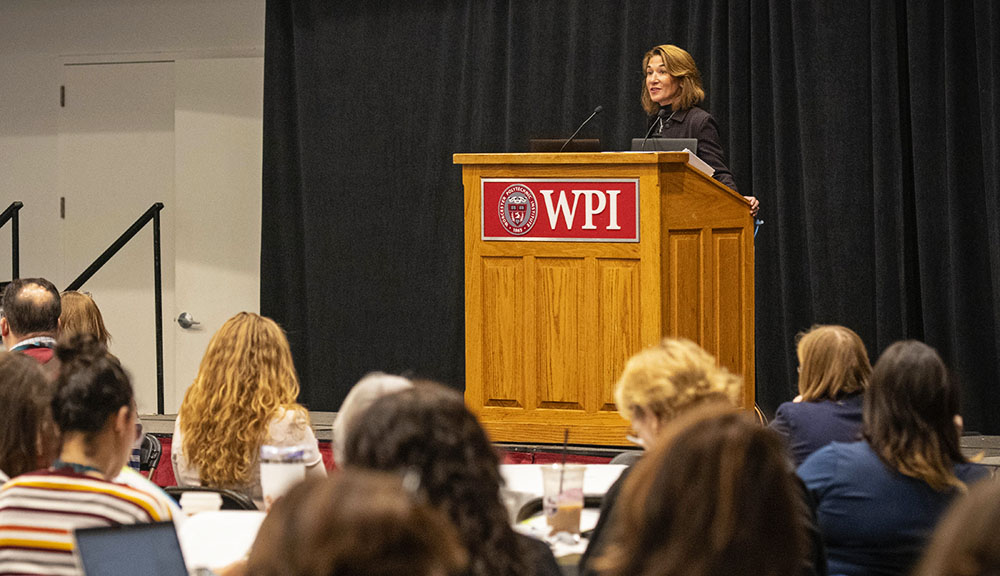 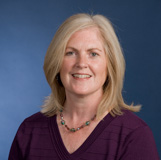 Martha Cyr, Director of Strategic Growth for PLTW at WPI, said the program has grown significantly since WPI started hosting the annual conference eight years ago.

“We have seen significant growth in just the last year,” Cyr said. “In 2012, the first year WPI hosted the event, 140 people attended. Last year we had 380 attendees. This year, with more than 500 attendees, we had 50 different breakout sessions over the course of the day, with engaging hands-on updates focusing on curriculum.”

Educators, district leaders, and administrators from across the state—with some from Rhode Island this year—came to campus for the conference to share best practices and learn about PLTW’s preK-12 pathways in computer science, engineering, and biomedical science

The event is hosted jointly by WPI, Mass STEM Hub, and PLTW. WPI is a Partner University for PLTW, a nonprofit organization that works with preK-12 students and teachers at 10,000 schools across the U.S., including 255 in Massachusetts, according to its website. WPI hosts trainings and conferences and provides ongoing support to PLTW educators in Massachusetts, Cyr explained.

For this year’s focus, presenters asked educators to encourage students to take their projects to the next level, making them more high quality, Cyr said.

“When kids work on projects, they sometimes lack the motivation to take it to being excellent. We give teachers the support needed to help students understand what high quality looks like. We are already doing that at WPI. We have an open culture with our IQP (Interactive Qualifying Project) program. But not all teachers and students have seen that, and they often feel the content they are doing is good enough. We are encouraging them to excel at it and have ownership to do great work.”

PLTW is also asking educators to think about expectation levels in the classroom, she said.

“We’re moving away from lecture-based teaching and letting students select projects they are interested in working on, not just inside the classroom, but also working on outside the classroom,” Cyr said, “projects they are interested in investigating and that they care about and want to come up with solutions to, not just spoon-feeding them information.”

Cyr received encouraging feedback from attendees, including comments about a student panel discussion where educators heard directly from PLTW students who said they benefited from the program.

WPI was started 150 years ago on an idea very similar to “what we are trying to achieve” with PLTW, Leshin said.

“I am so thrilled to, once again, be hosting this opportunity for all of you to advance STEM education opportunities,” Leshin said. “Thank you. Our nation, our commonwealth, are built upon the young people you are educating and the future depends on it.”

Polito says no better place for STEM Week than WPI

Polito told attendees that Leshin was an inspiration to both herself and Gov. Charlie Baker, and called educators in attendance an inspiration and said there was no better place to kick off STEM Week than WPI.

PLTW has grown, partnering with hundreds of educators in Massachusetts, Polito said, and during STEM Week, PLTW brought the applied learning experience to over 800 classrooms in the state, with over 600 new teachers participating in the PLTW zero-waste design challenge that was open to all grades.

The in-demand jobs being created in Massachusetts are part of the innovation economy, Polito explained, with more collaboration needed between government, private investors in research and development, and academic institutions where labs and incubators are created that tap into students’ energies, discoveries, and ideas.

The creation of a superior workforce at WPI and other academic institutions as part of a STEM pipeline is driving the innovation economy, Polito said.

With technology evolving so quickly, an acceleration of the pace of learning and opportunities for students to engage in skills that lead them to jobs that are growing in the innovation economy are needed.

More teachers are bringing applied, hands-on learning, problem solving, and critical thinking skills through PLTW into classrooms, she said. Additional capital investments to transform classrooms are needed, she said, along with making more connections with the business community.

“We need to get more businesses involved in schools for students to see the practical reality of why they are learning something.”

Additionally, Polito pointed out that an increase in diversity in STEM fields is needed, and getting more girls and people of color involved in STEM fields will help employers who don’t have access to enough skilled workers and will also help close the opportunity gap.

Department(s):
The STEM Education Center|Office of the President
Profile(s):
Laurie A. Leshin