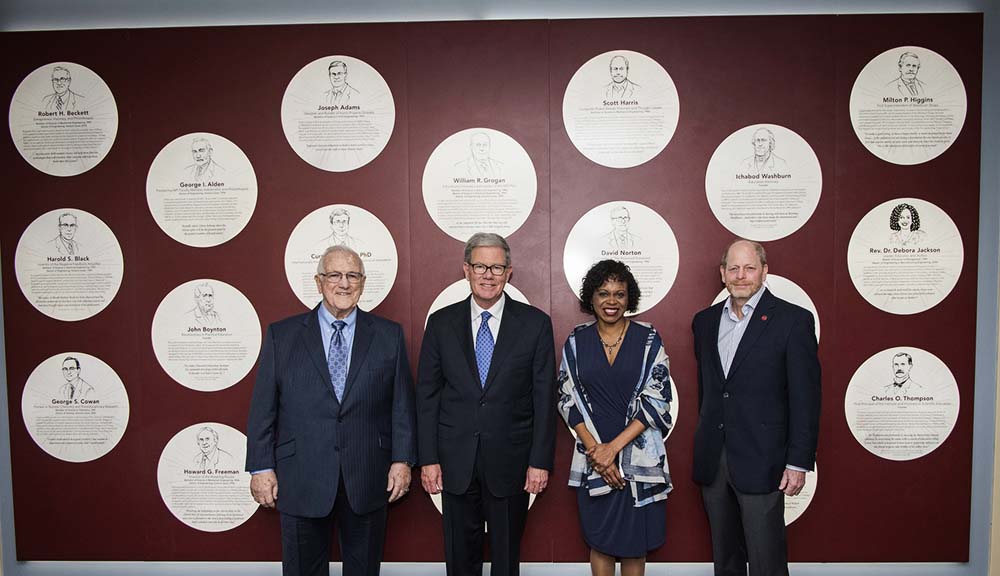 WPI Inducts Ten into the Hall of Luminaries

On October 24, approximately 200 faculty, students, alumni, staff, trustees, and friends of the university gathered in Alden Memorial for an afternoon of inspiration: The WPI Hall of Luminaries Induction Ceremony. 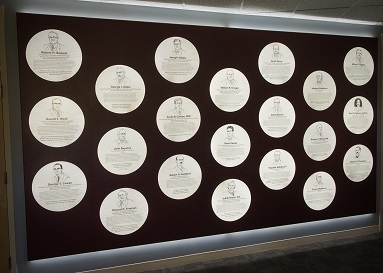 The WPI Hall of Luminaries in the Rubin Campus Center

The Hall of Luminaries celebrates WPI and its long history of theory and practice by honoring individuals who have achieved extraordinary accomplishments of great benefit to society. As the name suggests, WPI Luminaries have not only achieved the pinnacle of their professions or have made exceptional contributions to humanity or to their fields, they also inspire our community and light the way for others.

Nominated by the WPI community and selected through a balloting committee process, the individuals honored during the induction ceremony ranged from our founders, who have impacted generations of individuals, communities, and organizations, to alumni who are considered visionaries and thought leaders in a wide range of fields.

“The induction of the 2019 Class of Luminaries gives us the opportunity to honor the achievements of some extraordinary individuals,” said President Laurie Leshin, “but perhaps more importantly, it enables current and future students to envision and aspire to the kind of impact they might have by leveraging their WPI education.”

The 2019 WPI Hall of Luminaries Inductees are:

First Principal of the Institute and Visionary in Scientific Education

Inventor of the Negative Feedback Amplifier

Inventor of the Waterfog Nozzle

First Superintendent of the Washburn Shops

To learn more about the 2019 Inductees, and the inaugural luminaries inducted in 2017, visit the Hall of Luminaries permanent exhibit on the third floor of the Rubin Campus Center or www.wpi.edu/+luminaries.