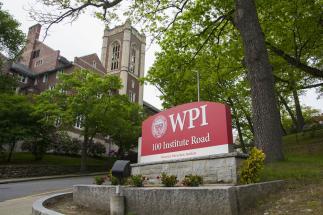 Worcester Polytechnic Institute (WPI) today announced a $12 million commitment from an anonymous alumnus. The pledge, one of the largest single gifts in WPI’s history, will support the university’s endowment and is unrestricted, allowing WPI to direct the funds to its highest priorities and areas of impact.

“We are honored and deeply grateful to this donor for such generosity,” said President Laurie Leshin. “A gift of this magnitude is transformative for WPI. To entrust the university with these unrestricted funds demonstrates this donor’s confidence in WPI’s reputation and our potential for even greater positive impact on the world.”

Although this donor wishes to remain anonymous, his story echoes that of many WPI alumni and supporters who find the university’s rigorous curriculum to be challenging and inspiring, according to Lisa Maizite, assistant vice president for development. Maizite described the donor as a successful professional who is “committed to substance over accolades,” and who has shrewd financial planning and investment acumen. He has attended every WPI reunion since his 20th.

“WPI has a special place in my heart,” said the donor, who has no other beneficiaries to whom to direct his substantial investments. “It was the best option for me to make my contribution.”

An unrestricted pledge, unlike gifts directed toward a specific program or purpose, gives the university the financial flexibility to invest in existing programs and support new ideas that enhance the educational experience for undergraduate and graduate students.

William McAvoy, vice president for university advancement, called the donor “inspirational” and noted that the WPI community has a long and proud tradition of philanthropy. Most recently, in a fundraising campaign ending in 2016, alumni raised $9 million, meeting a $3 million challenge grant, to support a new innovation studio and residence hall on campus, which is due to open in August. More than 1,300 individuals contributed to that campaign.

A formal announcement of the $12 million pledge will be made to alumni attending events on campus Saturday, June 2, during WPI’s annual Alumni Weekend.

The Daily Herd recently sat down with William McAvoy, vice president for University Advancement, to learn more about the differences between restricted and unrestricted giving and why all donors are so important to the university’s mission. Read the story.