As the artistic director of the Youth Ballet of Worcester, Jennifer Agbay has presented numerous productions for children. Many are timeless classics including this year’s Peter and the Wolf and Hansel and Gretel. Both shows were successfully staged last year in partnership with the WPI Orchestra. This year a major change is in store to make the overall presentation more streamlined. 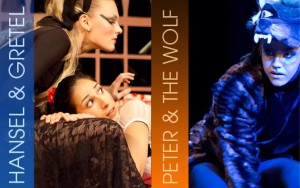 Namely, new music has been chosen for Hansel and Gretel. The original music was written for a non-narrative ballet with an operatic score by Engelbert Humperdinck. “It was quite long and involved,” says Agbay. “Two hours. This rendition, composed by Rhode Island native Larry Bell, is a perfect thirty minutes and narrated for the children’s enjoyment.”

According to the New England Conservatory, where Bell chairs the composition and music theory department, he is recognized by the Chicago Tribune as “a major talent,” and has been awarded such prestigious prizes in composition as the Rome Prize and fellowships from the Guggenheim and Rockefeller foundations.

Who: WPI Orchestra and the Youth Ballet of Worcester

What: Peter and the Wolf along with Hansel and Gretel

Where: Hanover Theatre for the Performing Arts, 2 Southbridge St., Worcester

When asked if Bell will be in the audience, Agbay says, “Yes, I believe so. We have had some email exchanges and he seems excited and nervous for the production.”

The text and music for Peter and the Wolf was written and composed by Sergei Prokofiev in 1936. Both ballets will be supported musically by the WPI Orchestra, with Professor Douglas Weeks conducting.

In recent years, the WPI Orchestra has been the ensemble of choice for the Youth Ballet of Worcester. In addition to supporting the dance troupe for its annual Nutcracker in December, the two groups have also worked together on a program of Gershwin’s music, as well as last year’s children’s ballets. 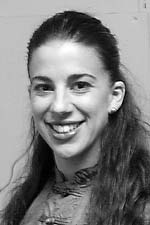 “Jen does a wonderful job training her dancers,” Weeks says. “They are very easy to work with and very friendly. The real challenge is playing musically and in strict time. That is, a tempo with which [the dancers] are accustomed to working.”

The Youth Ballet of Worcester Company is the resident youth company of Ballet Arts Worcester. “It is a group composed of 15 girls who dedicate their time, talent, and focus on performing throughout the year,” says Agbay. “I am overseeing the ‘art’ part of the productions, making sure the visions of the ballet come together in a cohesive manner. This includes working with the choreographer, costume designer, set designer, light designer, and, in this specific case, the conductor and his musicians.”

In returning compliments, Agbay says, “I must admit that Professor Weeks is one of the best professionals I have collaborated with. He is organized, easy to communicate with, talented, and gracious.” 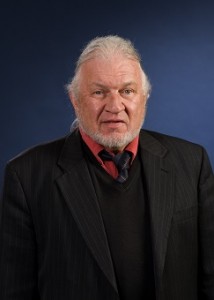 Staging such demanding shows with so many people involved requires a number of rehearsals. Unfortunately, given the winter storms, they have been at a premium. “We first rehearse to pre-recorded music,” says Agbay. “Then have only three rehearsals with the orchestra to get it all right. Weather has been a tremendous factor.”

Short of rehearsal time Agbay says, “I think the scene changes are the most challenging. We have to seamlessly think about how we can take you from the interior cottage to the exterior forest by the next breath of the narration.”

When asked what it’s like for young children to perform on the big stage, Agbay says, “It is an absolute honor and accomplishment for my dancers to be dancing on the Hanover Stage. They know how hard they have to work to grace the stage with their talent. They are quite aware that this is not a recital. They are not just dancing for mom and dad.”

The troupe takes the stage at 10 a.m. for a matinee show and 6 p.m. for an evening show this Wednesday.