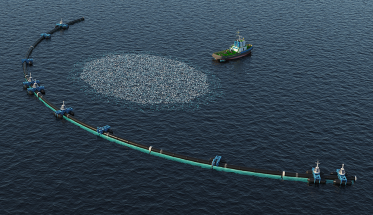 WPI Chemical Engineers: “Why Not Make Waste Work for Us?”

“We were absolutely thrilled that the NSF funded two grants for the same institution, and within the same department. It’s quite unusual, since such a competition is highly competitive,” Kazantzis said.

The first project, “Nitrogen Bearing Hydrochars for Nitrogen Upcycling in a World without Waste,” received a two-year, $277,359 grant. Timko, along with Deskins and Klaus Schmidt-Rohr of Brandeis University, will explore potentially useful applications of nitrogen-rich waste products in areas such as water purification. The work focuses on the complex structure of molecules called N-hydrochars, which are nitrogen-bearing, carbon-rich materials formed by the hydrothermal treatment of wastes, such as food waste, livestock manure, and sewage sludge.

“Nitrogen has interesting benefits, such as acting as a great absorbent,” said Timko. “We’ve found that nitrogen’s molecules require a delicate balance within its configuration in order to act this way. As it turns out, these absorbents are effective for binding to harmful products, like metals, which can be found in our water supplies.”

Deskins will focus on modeling the atoms of nitrogen-rich waste products to see which ones can most effectively form beneficial absorbents. “We want to understand why certain materials make better absorbents, and others don’t,” he said.

If the configuration of these atoms is better understood, Timko said, scientists may one day be able to use n-hydrochars derived from certain wastes, like food and yard waste, to create absorbent materials that can help clean the environment, including chemical solutions that can purify water sources.

“Our end goal is to take wastes that currently have a negative value and would normally go to landfills and/or wreak havoc on the environment, and actually give them a positive value,” he said. “We can put them to work and help people.”

The second project, “Probabilistic Analysis of Converting Marine-Borne Plastics into Usable Fuels,” received a two-year, $259,299 grant. The research, led by Kazantzis and Timko, will explore converting marine plastics into usable fuel for ships collecting plastics from the ocean. The project is in response to the heavy pollution crisis the world’s oceans are experiencing: their research has found that 4.8 to 12.7 million tons of plastics are dumped into oceans yearly, which has a hazardous effect on marine ecosystems and can potentially enter into the human food chain. The increase in marine pollution has also increased the amount of ships sent to sea to collect plastic, which requires ships to frequently return to ports to refuel, releasing harmful carbon dioxide emissions into the air.

Kazantzis and Timko aim to model a specialized reactor that might one day be built into these ships to break down collected plastic into useable fuel. Harvested plastic would be brought onboard, dried, loaded into the reactor, and broken down by a process called hydrothermal liquefaction (HTL), which uses moderate heat and high pressure to convert wet biomass into crude-like oil. Timko has used HTL in past research looking at the feasibility of converting food and yard waste into biofuels. Ideally, once the plastic is in fuel form, the ships will be able to refuel themselves at sea, reducing the number of refueling trips back to port and the related fossil fuel emissions.

“Removing plastic from the ocean with ships requires substantial investments in energy and money,” Kazantzis said. “We’re imagining a vessel with a reactor on board that will convert plastic waste into usable fuel. This would enable the ship to be self-powered, and give it access to water [through the ocean] to make the chemical reactions needed for HTL to take place. Why not make waste work for us?”

Timko and Kazantzis hope this project will enable their research team to test the technical feasibility profile of onboard HTL reactors, and give them valuable insights needed for assessing the economic viability prospects of the proposed technology option for converting plastic waste into useful fuels.